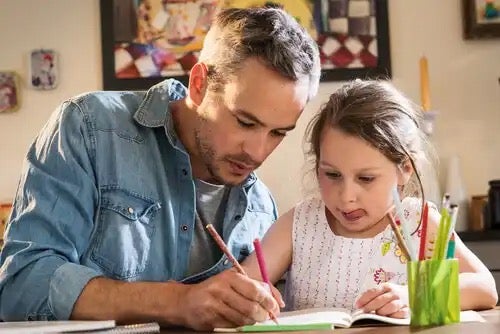 Shaping, or successive approximation, is a very useful behavioral technique for training in new activities.

Teachers normally use shaping to teach children. However, it can also be useful with adults. It’s based on reinforcement and punishment.

Shaping is a procedure that teachers use to develop behaviors a child doesn’t know how to do. They achieve this via successive approximations of the desired final behavior. As these approximations become closer to the required behavior, teachers extinguish the previous behaviors or at least no longer reinforce them.

While teachers define the final desired behavior, they don’t usually try to teach it from the start. In fact, they begin with reinforcing certain behaviors, whose appearance ratio must be greater than zero, that have some kind of relationship with the final behavior. This behavior shouldn’t be the same as the final behavior. However, it must have something in common with it, both topographically and functionally.

Once teachers have chosen the first approximation, they reinforce that behavior whenever it appears. In fact, when a teacher reinforces a behavior, the child usually performs it more often because they want reinforcement. Finally, the teacher no longer reinforces that behavior. Instead, they start reinforcing behaviors that are closer to the final desired behavior.

Natural shaping: the appearance of language

An example of natural shaping in humans is when babies acquire language. When a child starts babbling their first sounds, parents often get excited. Consequently, they tend to reinforce these small advances.

Indeed, parents reward their child’s babbling with love and attention until, naturally, the infant begins to develop their first phonemes. Then, instead of babbling the child pronounces syllables like “ma” or “pa”. Parents then reinforce this behavior.

Now, babbling no longer has the same importance. Therefore, parents won’t reinforce it with so much warmth and attention. Hence, their process of reinforcement becomes ever more demanding. This keeps happening until the child conveniently learns to speak.

It’d be crazy to try to get a child to recite the poems of John Keats. Likewise, there are certain actions that children are required to do that teachers and parents should teach via shaping and approximations and not in other more direct ways.

What can be taught through shaping?

As we mentioned above, shaping is really useful for teaching certain behaviors. It isn’t only appropriate for new behaviors, but also for those that an individual might be performing incorrectly. Shaping modifies behaviors in five different ways:

Factors that influence its efficacy

For the shaping to be done correctly, the teacher must define the final desired behavior. This definition must include the parameters of topography, intensity, or latency in order for it to succeed.

For instance, the desired behavior might be that, when a child arrives in class, they take their materials out of their backpack, place them on the table, and sit and wait for the teacher.

Using the same example as before, say, for instance, that the child leaves their backpack on the seat and runs around the class. It’s pointless for the teacher to initially expect them not to run around.

Therefore, the teacher needs to reinforce the behavior of the child leaving the backpack in its place. This could be the first approximation in the child’s new repertoire. Subsequently, they’ll learn to carry it out every morning.

The teacher should plan what the distance between the approximations will be and the speed at which they’re going to carry them out. There are no set guidelines for this, so the teacher needs to understand each individual child’s personality.

Teachers should exercise caution when choosing the intermediate approximations, as children sometimes respond more slowly. For this reason, the teacher needs to be flexible and adapt to each individual child.

Returning to the example we mentioned earlier, the child’s intermediate approximations could be to leave the backpack on the seat, open it, and remove their pencil case. Once they know how to do that, they’ll learn to take the pencil case out, remove their pens, and put them on the table. At the next approximation, they select the pens they’re going to use, and so on.

There are no guidelines for the number of reinforcements that teachers may use or their topology. However, the teacher must always reinforce the approximation several times until it becomes a well-established behavior. They shouldn’t reinforce a behavior once and then move directly to another approximation. They mustn’t ever rush the process.

However, they also shouldn’t over-reinforce. If they impose excessive reinforcements, not so much in quantity, but over time, it’s more difficult for advanced behaviors to appear.

Occasionally, the transition from one approximation to another might be too great. In this instance, the child doesn’t know how to perform the required behavior. If this happens, the teacher can go over the process of reinforcement again, using a closer approximation.

Patience instead of punishment

This technique requires patience. However, it’s a beneficial tool in the teaching of behaviors. In addition, it’s a tool that doesn’t invoke either frustration or wrong value judgments. Shaping is particularly useful because both children and adults simply might not know how to achieve the final desired behavior if the path leading to it isn’t split into segments.

Shaping allows teaching in a clear and concise manner, little by little, erasing doubts in a safe and controlled way. It doesn’t require herculean efforts because individuals progress gradually. Finally, without even realizing it, they master something that used to seem impossible. 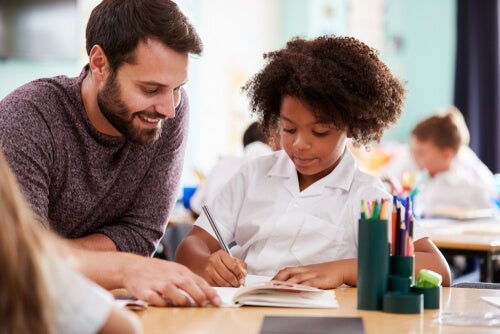 Teaching Can Have an Eternal Impact
The teaching profession is one of the most important because it can have a lasting impact on many people. Read about how important teachers are here. Read more »

The post Shaping (Successive Approximation) in Teaching appeared first on Exploring your mind.

Characteristics and Objectives of Group Therapy