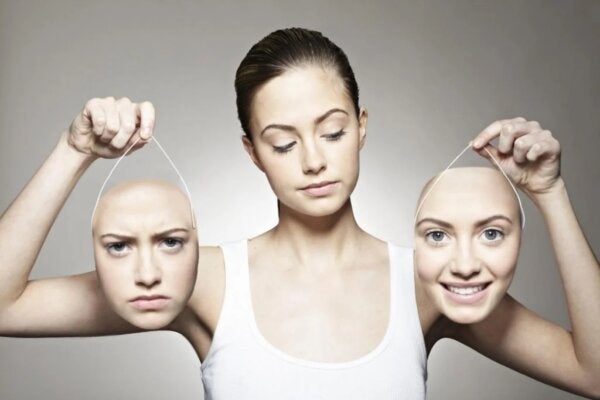 Although you might believe that bipolar disorder is related to emotional instability or lability, they’re different conditions. Discover why below.

When you hear the word bipolar, you probably think of someone with sudden mood swings. However, it’s far more complex than that.

This is a mood disorder in which the sufferer experiences manic, hypomanic, and depressive moods. Therefore, it goes far beyond emotional instability.

People tend to misuse the term “bipolar” in everyday language. This is because, when someone suffers emotional instability or lability or experiences mood swings, they tend to be incorrectly labeled as bipolar. But this disorder is completely different, and a person who suffers from it may also manifest signs of emotional lability.

A manic episode is an abnormal and persistently elevated, expansive, and agitated mood. The sufferer feels overly active and energetic. In addition, they might exhibit exaggerated self-esteem or grandiosity, need less sleep, are extremely talkative, and have racing thoughts. A hypomanic episode involves the same symptoms. However, it only lasts for four days, as opposed to seven or more. In addition, it’s less severe and the sufferer doesn’t require hospitalization.

Regarding depressive episodes, sufferers experience a depressive mood for most of the day, almost every day. They may exhibit a lack of interest (apathy) or the inability to find pleasure in anything (anhedonia). These might be followed by other symptoms like insomnia, hypersomnia, fatigue, loss of energy and feelings of worthlessness, agitation, and psychomotor retardation.

What about emotional lability? This disorder causes an individual to manifest a type of abnormal and inappropriate affective communication. This behavior can change suddenly, making it similar to emotional instability.

People who exhibit emotional lability are usually considered extremely intense. In fact, they move from one emotion to another in a matter of minutes or even seconds. Furthermore, they struggle to find a balance in their rapidly changing emotions.

What are the differences between these two conditions? Firstly, bipolar disorder is a serious condition. However, emotional lability is a characteristic of an individual. In other words, it isn’t a mental disorder but an affective one.

Emotional lability involves sudden mood swings that manifest one after the other. However, the changes aren’t so sudden in bipolar disorder. In addition, the manic and depressive episodes last longer. Indeed, as we mentioned above, they last at least four days in the former, whereas they might only last a few minutes in emotional lability. Finally, bipolar patients require pharmacological treatment, usually in the form of lithium. However, professionals usually treat emotional lability with psychotherapy.

You shouldn’t confuse these two conditions. Bipolar disorder is a mental illness. Emotional lability is an affectivity alteration. Although both disrupt the sufferer’s life, the former is a lot more serious.

Some people who suffer from the former also exhibit emotional lability. However, bipolar disorder is also accompanied by the episodes we mentioned above. Therein lies the difference between these two conditions.

“Bipolar disorder can be a great teacher. It’s a challenge, but it can set you up to be able to do almost anything else in your life.” 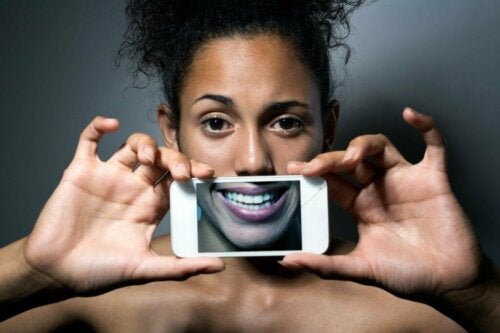 The Different Types of Bipolar Disorder
There are several types of bipolar disorder, describing different mental states, and a challenge for the sufferer and those around them. Read more »

The post Bipolar Disorder isn’t the Same as Emotional Lability appeared first on Exploring your mind.