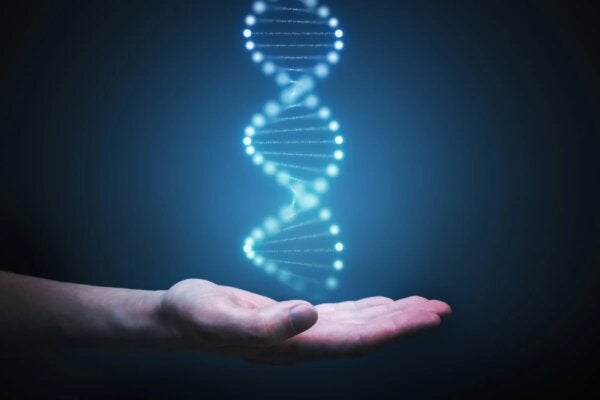 Why is love sometimes so easy and at others so complicated to build a satisfying and lasting bond? Perhaps the answer lies in biology or, more specifically, in genetics. At least this is what science tells us. In fact, it seems they’ve discovered the happy relationship gene. It seems appears that some people have a genotype that makes them have better relationship skills.

However, does this mean that those who are lucky enough to possess this particular gene will be happy in their relationships? Of course not. As you know, relationships are complex. Furthermore, happiness between two people depends on an infinite number of factors that you’re not always able to control.

However, science never fails to surprise. Knowing that a certain formula in your DNA might increase the chances of more meaningful relationships is, at the very least, interesting. Let’s learn a bit more.

Being told that there’s a gene for happy relationships sounds like something from the script of a sci-fi movie. Something like this could make you believe in a certain type of biological determinism. Or that you could ask someone for a genetic test before jumping into a relationship with them so that you could guarantee the relationship would be successful.

However, what science has discovered is something rather more basic, so you’ll have to set your fantasies aside for now. The study was conducted by the University of Arkansas, Florida State University, and McGill University. Their goal was to find genetic markers that could explain stability and satisfaction in relationships. Their findings were fascinating.

The CD38 gene and its role in the release of oxytocin

Apparently, the CD38 gene’s specific function is to release more oxytocin when you’re in a relationship. This is important because it means you experience higher levels of thoughts, emotions, and behaviors that strengthen the bonds between you and your partner. In fact, oxytocin is the hormone of affection, healthy attachment, and love. Consequently, it stimulates your caring behavior.

The happy relationship gene is expressed through three types of cognition

The researchers discovered that the more stable and happy couples had the C38 gene. Furthermore, they discovered that the gene didn’t just produce oxytocin. In addition, it was linked to three different types of cognition (ideas) about relationships that the couples demonstrated.

Their ideas of the three fundamentals of a successful relationship were the following:

The CC genotype in males

There was another interesting point in this investigation. The experts discovered a small difference in the gender variable. This was that men with the CC genotype were found to have a stronger sense of their identity and their relationship. In practice, this meant that the men with this genotype were more committed to their partner. In other words, they were less likely to be unfaithful or neglectful of the relationship.

What does the discovery of the happy relationship gene mean?

You might believe that the discovery of a gene of happy relationships is little more than a Rosetta Stone. Because, while having this gene might suggest a relationship will be satisfactory and successful, the three different types of cognition won’t necessarily be present as well. Therefore, the one thing that this study does confirm is that genes don’t mark your destiny.

A gene can elevate the onset or manifestation of a particular trait. However, it isn’t decisive. Furthermore, while you might possess the C38 gene, your partner may not. This demonstrates that the way a relationship works is never solely dependent on genetic factors.

Pillars like personality, emotional maturity, and empathy are always determinants. In addition, a relationship can present many challenges and difficulties that can’t always be controlled. Nevertheless, knowing that a happy relationship gene exists is both interesting and significant. However, it doesn’t set anything in stone. 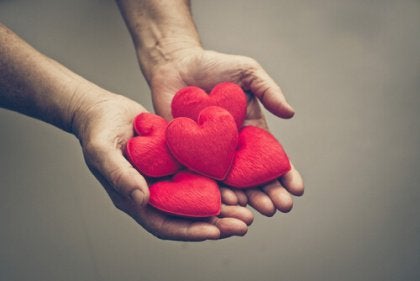 Four Qualities All Successful Relationships Share
Romantic love is a renewing force that brightens our days and allows us to settle those darker experiences in our lives. healthy relationships help us grow. Read more »

The post The Happy Relationship Gene, a New Discovery appeared first on Exploring your mind.