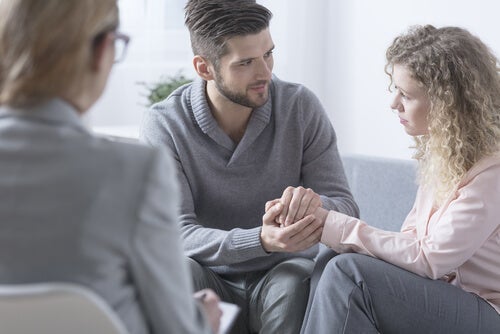 The needs of those who seek couples counseling vary. The range of possibilities includes emotional and sexual problems, infidelity, divorce, poor coexistence, and lack of pleasurable activities. The main difficulty of this kind of therapy is precisely the fact that it involves two people. This is why the psychologist must know how to address them both. Be able to use their interpersonal skills throughout the therapeutic process, that is.

They must do an evaluation during the first visit and also collect as much relevant information as possible to determine the appropriate treatment. Mainly for the purpose of establishing goals and techniques to apply. As we mentioned above, the presence of two people makes it particularly tricky.

It’s easy to get lost in the various points of view of two patients whose mutual relationship is already impaired. Thus, managing both people in accordance with their needs is a challenge one must put in place as soon as treatment begins. For this reason, it’s possible for the first couples counseling sessions to be somewhat confusing.

“Lack of communication can drive a spike between two people wider than any physical distance.”

Doing this during a session is transcendental in any type of therapy, but even more so in couples counseling. It’s of interest to find out the type of relationship between two individuals by observing their nonverbal behavior during the session. One can achieve this through unsystematic observation, where you examine whether they look at each other or not. Also, do they touch? What gestures do they have towards one another?

Systematic observation requires specific tasks to evaluate specific things. Thus, it’s also paramount. For example, you can ask them to do certain tasks in order to evaluate their communication skills and any positive things between them. Get them to talk about the nice things they’ve experienced in the last month as a couple, for one.

It’s important for the therapist to leave the visual field of both partners when they want to establish a dialogue between the two. They’ll tend to address the psychologist instead of the other individual who’s in front of them otherwise.

First couples counseling session – should you cover every subject?

It’s important not to try to get all the information in the first session. However, it’s useful to have a general overview of the problem without going into details.

Moreover, it’s also useful to ask about the individual attributions of each of them to the problems in order to know where to focus your evaluation. Some of the most typical attributions are along the lines of “He’s no longer interested in me” or “We’re in a rut”.

From the first session, however, it’s essential for the couple to always walk away with something positive. Therapy shouldn’t be another scenario for another argument or unpleasantness. For this reason, it’s preferable to combine this with the evaluation of the things that are going well. Yes, even though they must also eventually evaluate what’s going well.

From the second interview onwards, a much more detailed evaluation of those things that are relevant to therapy can begin. Depending on the degree of deterioration of the relationship, a second divided session in which you talk to both parties individually could be helpful.

This is because there are times when certain sensitive information won’t be brought up on the initiative of the partners when they’re sitting next to each other.

Thus, in that second split and individual session, you can ask about the following:

Avoid these mistakes during couples counseling

This is a context in which you’re going to try to rebuild a highly deteriorated relationship. For this reason, it’s normal for you to encounter attempts at argumentation, flattery, and lack of courtesy. This is why you must be careful and know how to “punish” and reinforce appropriately. Being attentive to the signals and foreseeing the role of the therapist’s own intervention is quite significant in this type of therapy.

Unless there’s a goal behind it, discussions or shouting shouldn’t be allowed in session either. The presence of the therapist who doesn’t cut off the discussion validates this type of behavior. There’s a risk that the therapy will become a discriminative stimulus of discomfort and assumed that they already have enough conflicts to add another one.

Finally, you must emphasize from the very beginning that you won’t take sides with any member of the couple. This means measuring your time appropriately and allowing any of them to speak more if it has functional therapeutic value.

It’d be counterproductive for an individual to believe they’re more inclined to work for the other partner than for themselves. Thus, they both must do the work, and couples counseling is useless if only one of them tries. 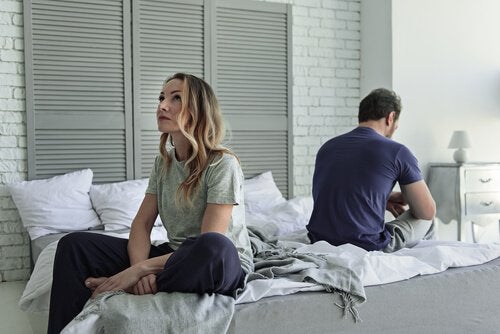 The post Things to Evaluate During the First Couples Counseling Session appeared first on Exploring your mind.