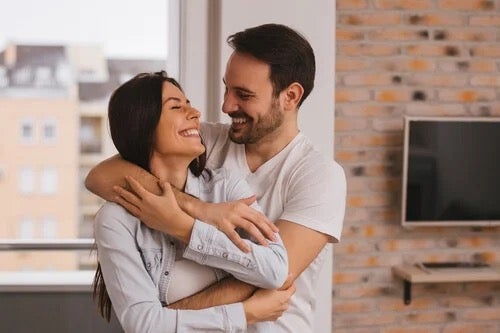 There’s no relationship so solid that it doesn’t suffer a few cracks from time to time. However, building a long-lasting bond is a long and arduous task. That’s why there are many good reasons for not abandoning a stable relationship just because some problems came along.

Of course, this doesn’t mean you should maintain a relationship at any cost. It’s just that a stable bond is pretty valuable as long as it’s a healthy one. For this reason, it’s worth fighting for, particularly in difficult times.

“The first duty of love is to listen.”

Whenever possible it’s best not to abandon a stable relationship. After all, even couples who love each other deeply have doubts now and again. Therefore, instead of making a wrong move, it’s better to consider some real positives that you only get with a close bond. Here are five.

1. Stable relationships are good for your mental health

Enough scientific evidence suggests that having a stable partner is healthier for your body and mind. In fact, studies suggest that having a partner means you’re less likely to suffer from depression.

If you have strong, loving relationships, you’re less likely to suffer from illness. Indeed, studies from different areas of the world suggest that people living as couples tend to live longer. They also have stronger immune systems and are less likely to get sick.

2. The emotional cost of separation is high

Another reason not to abandon a stable relationship is the high emotional, social, and physical cost of separation. Because, while a couple might have problems, actually separating could bring a tide of emotions they find difficult to cope with. Furthermore, if there are children involved, these emotions may prove too much to bear.

Studies suggest that women who divorce tend to develop a greater number of physical illnesses. On the other hand, men tend to become depressed. However, in both cases, “toxic stress” appears pretty often. In fact, grief over loss uses up an awful lot of emotional energy.

3. Even stable relationships have moments of crisis

Most couples find it very difficult to objectively assess how severe their problems are. That’s because there are so many feelings involved, not to mention their broken dreams and fantasies. Furthermore, no matter how much love they may profess for each other, all couples have misunderstandings at times.

Love isn’t a linear feeling. It intensifies and weakens based on many factors. These might be linked to either individual or external circumstances. In fact, sometimes the more love there is in a relationship, the more over-sensitive each partner is to the other’s behavior. For this reason, they should assess every crisis in a detailed and calm way.

4. The end of infatuation isn’t the end of love

In today’s world, many couples only last as long as their infatuation does. Indeed, excessive idealization in a relationship means that people expect far too much. As a matter of fact, they often tend to expect the same sort of behavior that their partner displayed in the infatuation stage to continue indefinitely.

It’s a bit of a cliché, but some people tend to oscillate between idealistic infatuation and blatant cynicism. For them, there’s only either romantic love or just sex. Neither of these extremes is reasonable. Just because romantic love has faded is no reason to end a relationship.

Many people see the word “commitment” as a problem. Perhaps they associate it with the word “obligation”. However, these two words don’t have the same meaning. In fact, an obligation is something you’re obliged to do, whereas a commitment is something you undertake voluntarily. Whether this concerns a marriage or any type of relationship, commitment is always voluntary. The two people decide for themselves.

Commitments do involve duties but they’re voluntary duties. Commitments tend to center you. You can still fly free, like a kite in the wind, but you remain safely anchored to a stable point. However, the price of that stability does mean you have these voluntary duties.

Finally, as long as there’s love and a reasonable bond, even if the infatuation’s gone, it’s better not to abandon a stable relationship. Mirages of anger, pride, and false expectations are just that – mirages. Reality consists of those special enduring loves that you just sometimes manage to build and for which you should be extremely grateful. 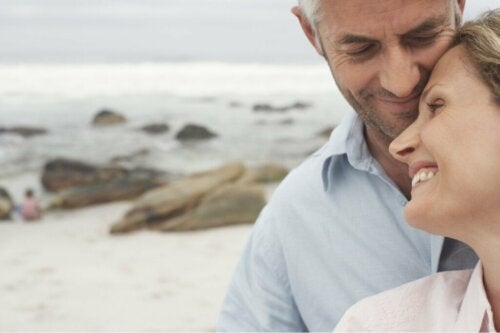 Russ Harris on Making Relationships Work
Russ Harris is one of the most famous ACT specialists. Today, we’ll share his theories about how to make relationships work. Read more »

The post Stable Relationships: Don’t Abandon Them appeared first on Exploring your mind.

Things to Evaluate During the First Couples Counseling Session

Expressionist Art: A Distortion of Reality