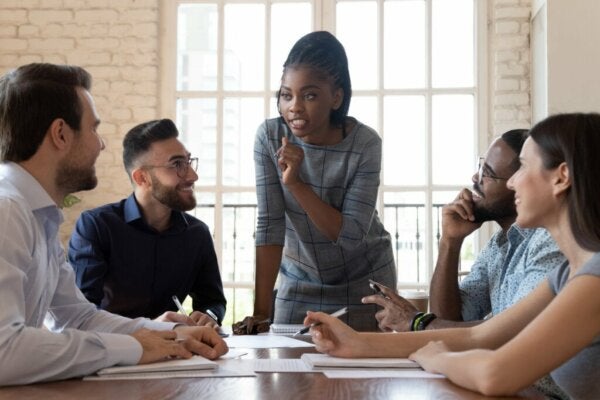 On an organizational level, one of the most common shortcomings lies in how difficult it can be to solve conflicts at work. One common and ineffective strategy is triangulation. This is what triangulation means: when A has a problem with B, they blow off steam with C. In other words, people look for another colleague with whom they can talk about their problems and frustrations.

However, it’s not a good idea to use triangulation for problem-solving, neither in personal or work relationships. In fact, while it’s true that confiding your emotions, worries, and experiences to someone else can be cathartic, at work this isn’t always the best strategy. That’s because, in the long run, it tends to create a toxic environment, where people take sides and are generally more negative.

Today, as everybody knows, it’s new technology that sets the scene in many work environments. Indeed, there may well be automation and artificial intelligence in the near future. Nevertheless, there are still many flaws in the more human aspects of most jobs. Aspects such as communication, conflict resolution, and emotional intelligence are some of them.

If you have a problem at work, unburdening yourself onto a colleague isn’t a good idea. Instead, you should use assertiveness and negotiation.

When the only way to solve work problems is via triangulation

There are several effective ways to solve conflicts at work. In the 70s, psychologists Kenneth Thomas and Ralph Kilmann defined five main styles of conflict management. The best style was the collaborative strategy. It prioritizes assertiveness and cooperation.

One common problem in the workplace is that people tend to leave things to get worse. In fact, it’s only when everything starts to go really wrong that most companies try to do something. The fact that this happens is often due to the use of triangulation.

Using triangulation at work is a bad idea

Dr. Mike D. Boyette first applied the term triangulation to a work environment. Boyette is an expert in leadership and communication. He suggested that triangulation was a useful concept in terms of navigation. It’s used to find out where you are in the middle of the ocean. You measure a triangle using two known points and your own unknown point.

However, this isn’t the same in a work environment. Think about it for a minute. With triangulation, when something happens with a work colleague, the boss, or another person within the organization, the first thing people do is to talk about it with a third person. Unknowingly, by doing that, they’re mixing another colleague into the conflict.

These are the usual consequences of triangulation:

How to solve problems at work

The art of solving conflicts at work is about commitment. There should be certain protocols in place. For instance, HR  should be in a position to “educate” each member of the organization. In fact, to give each staff member the necessary strategies and communication channels to solve any conflict, no matter how small they may be.

However, this doesn’t always happen. It may be due to a lack of time, resources, or interest. Nevertheless, you might be surprised to know that conflicts can sometimes be positive. As a matter of fact, if people work on solving them appropriately, they can make changes, create better work environments, learn from them, and feel better.

Jack Ma, the charismatic founder of Ali Baba, claims that in his multinational company there’s never an issue, and his workers are always happy and fully committed to being productive. Apparently, they’re happy to work 12 hours a day for six days a week. You might say, of course, that the Chinese work mentality is different to the Western idea. However, working so many hours gives workers little time to do their own thing. In effect, this kind of policy amounts to dehumanization.

Work conflicts are normal and to be expected. However, allowing them to grow larger than they should be, isn’t. Indeed, not working on conflicts is an organization’s worse enemy. A company should always work on preventing issues from inflating and increasing assertiveness. In fact, if two colleagues have an issue with each other, they should try the following:

In short, remember what Einstein said: if you really want different results, stop using the same strategies. Indeed, work on avoiding using triangulation for problem-solving at work and start to be more assertive. 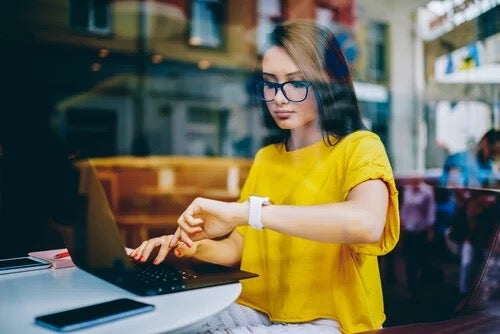 Ultradian Rhythms and Productivity
Ultradian rhythms are extremely useful. Knowing your own rhythms means you can work out when your energy levels are at their highest. Read more »

The post Using Triangulation for Problem-Solving is Never a Good Idea appeared first on Exploring your mind.

Talking to Strangers is Good for your Brain