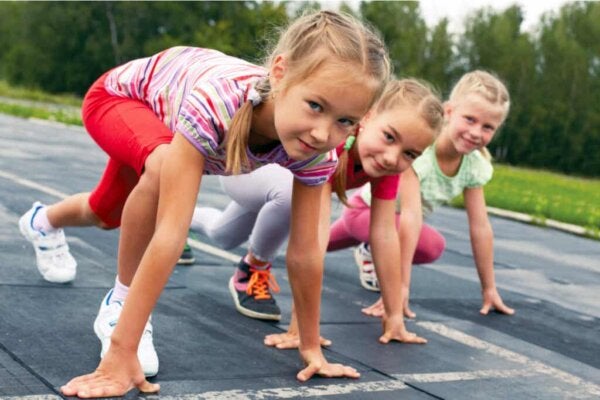 Imagine there’s a basketball game between young children in the school playground. This common situation raises the question of whether it’s a positive thing to concentrate on the final result. This question leads to another: is competitiveness positive? Carry on reading for the answer.

As you know, the modern working environment is highly competitive. For this reason, it’s important to raise children who’ll be able to ultimately adapt to the labor market. On the one hand, this is a positive thing, if you see it from an adaptive perspective.

On the other hand, it might be a better idea for future professionals to modulate the labor market so that it functions in a collaborative manner. In other words, allowing every individual to have a place without the need to be so competitive.

Based on this reasoning, we might conclude that competitiveness in schools can be both positive and negative. Let’s take a look at the advantages and disadvantages in order to get to know the subject a little better.

“It is nice to have valid competition; it pushes you to do better.”

Let’s see what’s good about bringing competitiveness into the educational setting. However, we must point out that we’re talking in general terms here and not referring to any extreme forms of competitiveness.

Currently, access to university higher education requires students, in many cases, to pass a minimum grade. Therefore, those who want to pursue a degree that requires a high grade will be forced to raise and improve their academic performance. This makes it easier for them to try harder, set goals, and give their best in their studies to reach their ultimate goal.

When students want to stand out and obtain good grades, their learning also increases which gives them knowledge and better performance in school as well as their personal and professional life. In addition, it also improves their abilities in various ways. Here are some examples of the positive aspects of competitiveness.

Negative aspects of competitiveness at school

So far, we’ve analyzed competitiveness at school from a positive point of view, highlighting all those things that strengthen a child’s emotions and training. However, there are also negative elements that could work against their development.

For example, high student competitiveness can cause high levels of stress and anxiety due to the pressure put on the students. It may even border on an obsession to obtain good grades.

In addition, it can also lead to a reduction in solidarity among classmates. This may generate unhealthy competition among students which is detrimental to fellowship, teamwork, and other values such as generosity, empathy, or resilience.

In short, competitiveness at school can be good or bad but this really depends on the approach taken. On balance, it would appear that it makes children more competent, always testing their limits in order that they may excel. 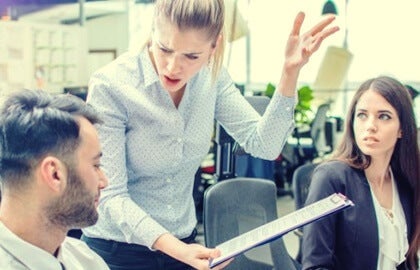 Aggressive Competitive People
Aggressive competitive people are difficult to deal with and cause many problems. This artcle explains more about their personality type. Read more »

The post Is Competitiveness in School Positive or Negative? appeared first on Exploring your mind.