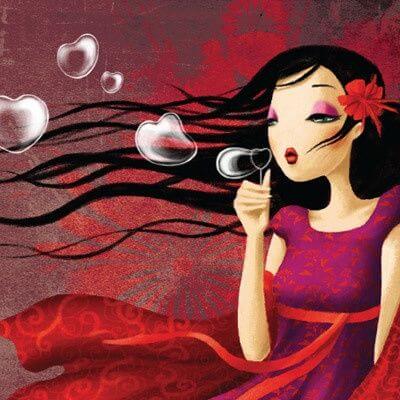 I love people who speak their minds and are sincere. Those who don’t spend hours churning things over and over in their minds before they utter a word. Enlightened beings who speak from the heart. They’re fantastic.

People who speak their minds are honest, especially with themselves. They’re people who act because of who they are and who don’t betray themselves in favor of others. I love these kinds of people, I always have and I always will.

People who speak their minds speak from the heart

There’s a part of your mind, your life, and your soul that never receives enough attention. It’s your heart. In fact, your heart is the only organ that allows you to be truly sincere. Therefore, those who use it to rule their lives are those who say what they think without fear of being wrong.

Only your heart knows everything about you. It knows what you want, how you want to be, and where you want to go. It’s a living organ that doesn’t lie to you. Inside your heart lies your reality, your desires, your hopes, and your dreams. In fact, your true way of being.

This is why many of the people who speak their minds speak from their hearts. That wonderful perfectly oiled machine. The one that gives you energy and communicates to you how much is genuine in your life. However, it’s up to you whether you choose to listen to it or not.

Say what you think to yourself

If you aren’t able to be honest with yourself, you’re lost. Indeed, the first person to whom you have to tell exactly what you think is you. If you can’t do that, you’ll never be who you really are. You’ll be someone completely different from your true self, essence, and personality.

To tell the truth and be honest with others, you have to start with yourself. You’re the beginning and end of your true being and existence.

“If I cannot be myself in what I write, then the whole thing is nothing but lies and humbug.”

Only people who speak their minds and who are their true selves, allow themselves to be guided by their hearts, convictions, and feelings. They can permit themselves the luxury of moving freely, expressing themselves with sincerity, and enjoying a full and happy life. That’s why I love them.

“Speak what we feel, not what we ought to say.”

Be proud of who you are

However, people who speak their minds don’t only deserve consideration for their verbal sincerity. These people should also be commended for always acting according to their convictions. Furthermore, with every action they perform, they demonstrate their most internal and real dreams. In fact, they don’t need to act or behave in any way other than who they really are.

People who speak their minds, act accordingly, and know themselves in an intimate and real way, won’t ever feel the slightest fear of being as they really are. No matter where they find themselves, whether it be at an elegant dinner party in the company of the rich and famous or in a strange and alien country, they’ll always be themselves.

In the same way, you should never be ashamed of who you are and how you act. You should simply worry about being yourself, knowing yourself in-depth, and being able to speak as you think and act accordingly without any fear of what anyone else will say.

Act without fear of other people’s opinions

The opinions of others shouldn’t motivate the way you act, speak and express yourself. Whatever environment you move in, you and only you should be the center of your thoughts, attitude, and actions. You should take no notice of the fact that other people may or may not criticize you based on your actions.

If someone says bad things about you because you speak your mind, don’t worry in the least. These kinds of people don’t deserve an iota of consideration. Be yourself, act accordingly, and relax in front of others. You’re worth it. Behave as you are.

As I said, I love people who say what they think. Good or bad, they always speak the truth. There are no lies or cover-ups. Only genuineness and sincerity. 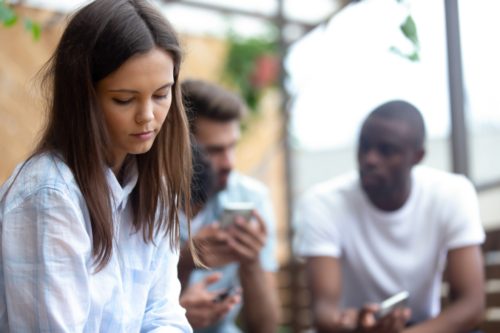 The post I Love People Who Speak Their Minds appeared first on Exploring your mind.

How to Protect Yourself From Negativity