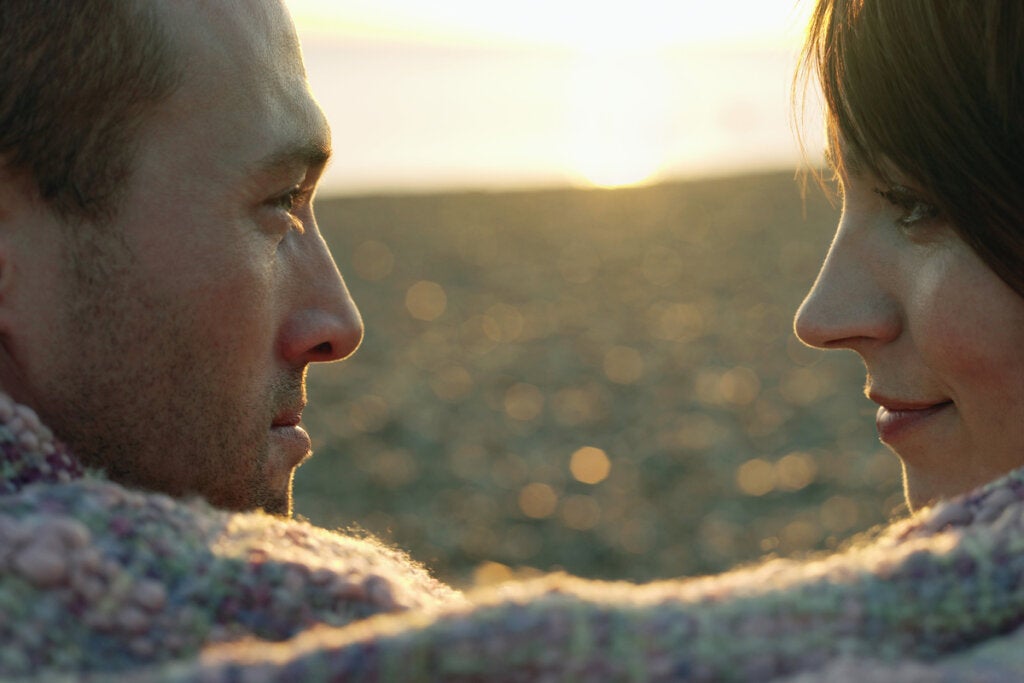 Childhood traumas can affect a couple’s relationship in multiple ways. Indeed, sufferers of childhood trauma don’t find it easy to bond. That’s because their mind is full of insecurities and shadows of an unresolved past. One of the main ways in which emotional scars from childhood trauma are most influential concerns the types of attachment these people build in their romantic relationships.

There’s nothing as multifaceted, complex, and harmful as psychological trauma. It arises as a result of continuous exposure to a stressful event. This could be a dysfunctional home, physical or emotional abuse, etc. Nevertheless, whatever the trauma might be, the unfortunate fact is that many people reach adulthood accompanied by their emotional wounds from yesterday.

When childhood trauma is still evident in someone’s life, it’s pretty common for them to combine mistrust with a fear of abandonment. In fact, sufferers of childhood abuse might go through times when they hate themselves and when it’s a challenge for them to even stay in their relationship. To keep contributing and caring for it as well as their partner may prove just too much for them. On the other hand, neither is it easy to love someone who didn’t have a good childhood. There are always certain consequences.

Traumas experienced in childhood have serious effects on mental health. They can affect any area of life: work, friendships, relationships…

In psychological trauma, the impact of what’s been experienced persists, even though that stressful situation no longer exists. In other words, it doesn’t matter that 15, 20 or 30 years have passed since the adverse experience. In fact, the symptomatology persists and manifests itself in many ways.

The Universities of Illinois, Chicago, Virginia, and Texas (USA) conducted research on this subject. The study concluded that a large number of children who were victims of childhood trauma, on reaching adolescence, experienced difficulties in managing and regulating their emotions.

In other words, these children were exhibiting the behavior of learned helplessness. They found it difficult to react, act, and defend themselves in the face of experiences of suffering and stress. As a rule, each individual reacts and acts in a particular way when faced with traumatic events. However, there are always similar patterns that tend to repeat themselves. These kinds of behaviors in people who’ve experienced childhood trauma tend to follow the following patterns:

When a child suffers mistreatment, emotional deficiencies, abuse, etc., it’s common for them to develop one of two types of attachment in adulthood. These are the anxious ambivalent attachment style and the disorganized one. However, how do these dynamics manifest themselves in couple relationships? Basically as follows:

2. Everything proves too much

Childhood trauma affects a relationship in many ways. One concerns problem-solving skills. These people don’t usually feel capable of handling everyday challenges in their own relationship. They tend to blow everything up out of proportion, are affected by the slightest thing, and constantly feel overwhelmed.

They’ll interpret a careless word from their partner as a sign of boredom or that they no longer love them. If their partner forgets something it’s the end of the world. Even a simple discussion can end up making them feel the relationship is over.

3. They don’t want to talk about it

As we pointed out previously, childhood traumas bring with them poor management of emotions. This often means an inability to verbalize what hurts and communicate effectively. In other words, these people tend to possess little skill when it comes to handling conflict in a relationship. In fact, when an argument occurs, they’ll often shut themselves down and won’t speak.

The person who suffered some trauma in childhood experiences serious problems in communicating their emotions, solving problems, and handling specific situations of conflict in the couple. In these contexts, it’s common for them to stop talking to their partner for a while.

4. They feel they don’t deserve their partner

Those who’ve experienced a lack of love in their childhood often reach adulthood with low self-esteem. Their lack of self-love and appreciation for who they are leads them to constantly doubt their own relationship. This leads to a slow boycotting of the relationship itself.

When the love of a partner is repeatedly questioned, the bond is doomed to be a source of constant suffering.

“I’m with my partner, but despite this, I still feel lonely all the time. Nothing makes me really happy. There are some days when I just can’t cope with myself or the world”. Childhood trauma affects a couple’s relationship in many ways. However, the overarching problem remains the latent suffering, the unhealed wound.

The Universities of Vermont and Virginia (USA) conducted research that stated that childhood traumas orchestrate psychological disorders. In addition, in many cases, these are not even treated. In fact, post-traumatic stress, generalized anxiety, and major depression are common in victims of abuse or abuse in childhood.

Encapsulated pain and the scar of unresolved trauma tend to isolate the person. Hence their feelings of permanent loneliness, despite having someone who loves them unconditionally by their side. As a matter of fact, in this type of relationship there aren’t two figures, but three. Their partner, themselves, and their latent suffering. For this reason, in these types of situations, professional help should always be sought. 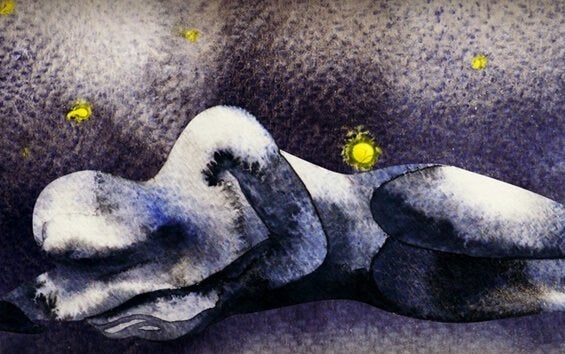 The Primal Wound – the Influence of our Childhood Traumas
The primal wound is a trauma from our childhood that hasn’t been resolved, read on and find out how the traumas from our childhood can deeply affect our adult lives. Read more »

Behavioral Activation in the Treatment of Depression

Five Tips From Marcus Aurelius For Having a Good Life