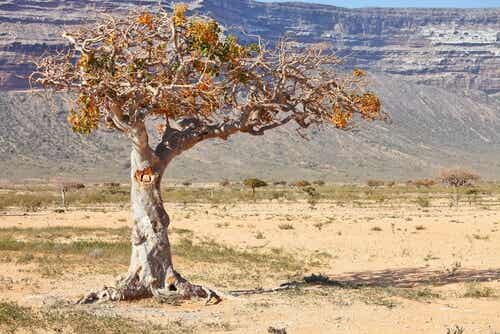 The myth of Adonis is one of the most beautiful and intriguing of the classical age. It all begins with the story of Myrrha, his mother. She was gorgeous and any man who saw her fell hopelessly in love with her. For this reason, her father, who was worried about the effect she had on men, locked her up with seven locks in order to isolate her from the world.

There were several versions of this story. However, the one that has survived indicates that Myrrha’s father claimed that his daughter was more beautiful than the goddess Aphrodite. Naturally, on hearing this, the goddess became angry. In fact, she cast a spell to make the young woman fall in love with her own father. Other versions say it was her confinement that led to Myrrha’s infatuation with her father.

Aware that her incestuous désire was repulsive, Myrrha wanted to die. However, one of the women who looked after her prevented her from committing suicide.  Myrrha confessed her secret passion to her. The maid promised to help as long as she didn’t try to kill herself again. Thus, the two hatched a plan.

“What though the rose have prickles, yet ’tis pluck’d.”

Seduction and its consequences

The maid helped Myrrha make her wishes come true. She told the father that there was a woman who secretly loved him and wanted to sleep with him, on the sole condition that he wouldn’t see her face. The father agreed. He slept with his daughter for nine days without knowing it.

However, he wanted to know the identity of his secret lover. That’s when he uncovered her face and learned his daughter had tricked him. He wanted to kill her on the spot but she fled to distant lands. Her father was just about to catch her when she asked the gods to help. Zeus took pity on her and turned her into a tree: the myrrh tree.

According to the story, the plant’s aromatic exudings are the tears of the unfortunate young woman still lamenting her misfortune. Furthermore, Myrrha was already pregnant when she became a tree. After nine months the tree burst open and Adonis was born. He inherited his mother’s beauty.

The myth of Adonis

The goddess Aphrodite felt somewhat guilty about what had happened. In fact, she went to visit the tree and rescued the child. She placed him in a beautiful chest and gave him to Persephone, goddess of the underworld. When she saw little Adonis, she adopted him immediately.

Adonis grew into a handsome young man and Persephone fell in love with him. Then, one day, Aphrodite caught accidentally glanced at the nude sleeping Adonis. She then also fell in love with the boy and asked Persephone to give him back to her. Of course, Persephone refused to do so, and they had to seek Zeus’ assistance to mediate and settle their dispute.

Zeus ruled that the young man would divide his year into three parts. Adonis would spend one-third of the time with Aphrodite since she saved him when he was a baby. He would spend another third part with Persephone as it was she who’d raised him. The other third belonged to him and he could spend the time as he wished.

The myth of Adonis, a tragic love

The myth of Adonis says that the young man decided to spend two-thirds of the year with Aphrodite. However, the young man liked hunting and the goddess didn’t. Nevertheless, she accompanied him on his hunting trips. She had to leave him at some point, but before she did, she warned him not to hunt any animal that didn’t show fear.

Adonis disregarded her warning though. It happened one day when he saw a wild boar he wanted to hunt, even though it showed no sign of fear. This creature was actually the god Ares, one of Aphrodite’s lovers, who knew about the affair and wanted to kill Adonis. For this reason, he furiously charged at him.

According to the story, Aphrodite wanted to help him but got entangled in a thicket full of thorns. She tried to free herself but couldn’t. Meanwhile, she had to watch as the man she loved was killed. With every new wound, her blood dripped onto the ground and instantly turned into a red rose. Ever since then, red roses have been a symbol of love. 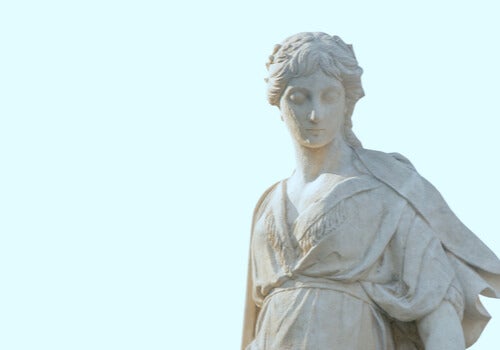 The post The Myth of Adonis and the Red Roses of Love appeared first on Exploring your mind.

Family Beliefs That Hold You Back and Make You Unhappy

Psychological Treatment for ADHD in Children