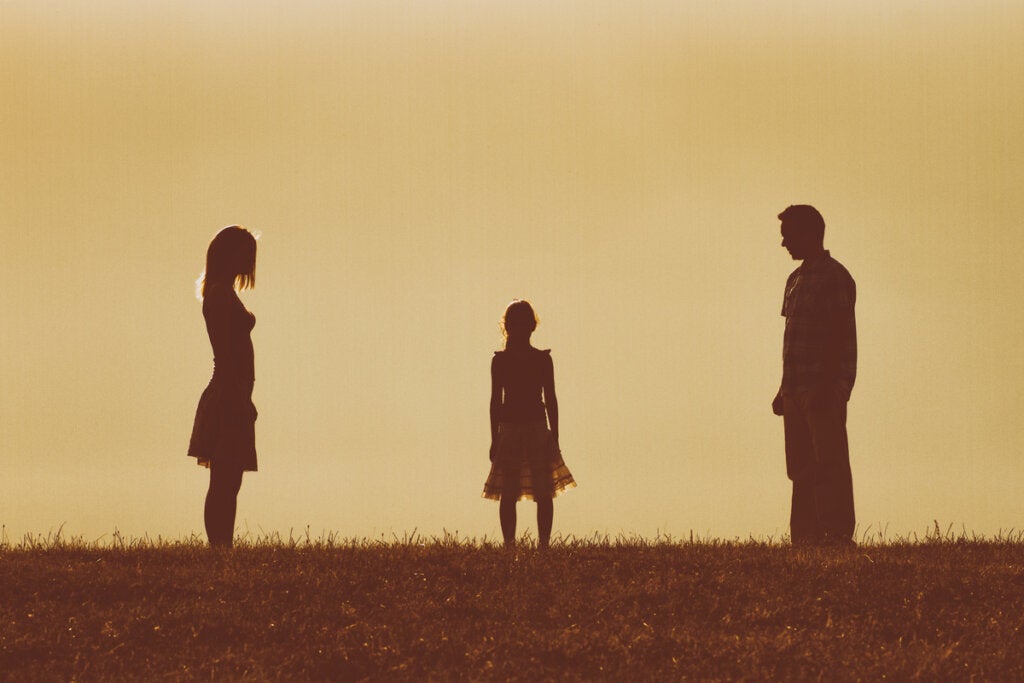 You may not be aware of it, but there are some family beliefs that might be holding you back. They’re like an invisible sack that you have to cart around on your back. They consist of silent commands and messages established in your mind since you were a child. Furthermore, they prevent you from growing. However, deactivating them is no easy task. That’s because they’re rooted in the depths of your psychological being.

Albert Ellis, the well-known psychotherapist and founder of rational emotive behavioral therapy (REBT), based his approach on the elimination of such negative thoughts. As a matter of fact, your psychological well-being depends, to a large extent, on your ability to remove yourself from all irrational and limiting thoughts. However, your way of interpreting reality is often nourished by the phrases of others that you’ve been exposed to over the years.

You need to make a change. That’s because other people have changed you into what you now believe yourself to be. In fact, these are voices from yesterday that continue to have far too much power over you. For this reason, it’s time to blot them out, for the good of your health and well-being.

You are the only person who thinks in your mind! You are the power and authority in your world.

Family beliefs that limit you

Much of what you say, decide, do (and don’t do) is the result of what you think. You might consider that when making decisions and processing information, you do so spontaneously and freely. That it’s “you” who governs and orchestrates everything in your life. However, this isn’t the case. In fact, much of what you think is based on beliefs that you haven’t critically filtered.

It’s not only family beliefs that restrict you. Society, friends and your environment all shape your opinions, perspectives, and perceptions. This is perfectly normal. However, what’s important is that you’re able to detect these kinds of thoughts (beliefs).

The University of Osnabrück, in Germany conducted a study that demonstrates something extremely important in this respect. The study stated that our mindsets are belief systems that we hold true. One way of deactivating these limiting patterns is via the process of meta awareness.

To do this, you can start by discovering the kinds of family beliefs that might be holding you back.

1. You’ll be no good at it, nobody in the family is. Better to not even try

If your mind was a patch of arable land, certain family beliefs would be like weeds that would need removing. Indeed, unfortunately, it’s very common for parents, grandparents, uncles, etc. to label children early. “Peter’s as useless at math as his dad is.” “Marta’s just like her sister, no good at sports.”

To compare and invalidate children simply because at a certain time they didn’t seem to be particularly competent at something is an all too frequent mistake. Then, in adulthood, they might continue to assume that it’s better not to even try certain things because someone once said they’d be no good at them …

Parents often transmit the dimension of distrust to their children. In fact, fears and prejudices tend to be passed from one generation to another. Indeed, one of the most common of these inherited beliefs is the reluctance to trust others. That’s because – according to your parents – at some point, they’ll always betray you.

Naturally, the family is an important pillar in everyone’s life. However, this shouldn’t be viewed as an absolute axion. For instance, sometimes circumstances exist that justify a move away from the family. These might be for reasons relating to mental health, for example.

Sometimes, your beliefs make you assume that, although certain family figures treat you badly, it’s your duty to put up with it.

4. No one will ever love you

“Noone’s going to ever love you the way you are.” “Look at you, if you don’t start taking more care of your physical appearance, no one will ever like you”. There are many people who carry this kind of distorted self-image around with them. That’s because of all the negative messages they received in their childhood and adolescence.

In fact, sometimes, the way you perceive yourself is mediated by family beliefs. It’s time to deactivate them.

Be careful, because if you don’t take a good look at the family beliefs you have, and make some changes, they might hold you captive for life.

5. Family beliefs that were instilled in you: Life is hard, settle for what’s given to you

Indeed, it’s true that life isn’t a walk in the park. It’s a journey full of unforeseen events. However, you mustn’t let them make you give up before you’ve even got started. Furthermore, it’s never a good idea to just assume that you shouldn’t even try certain things and you should just settle for what you’ve got. This isn’t helpful at all for your personal growth.

The University of California conducted a study regarding unreasonable or irrational beliefs. It stated that there are some ideas we assume and take for granted without even thinking or reflecting on them. What’s more, to avoid cognitive dissonance we don’t even admit to ourselves that these ideas might be contradictory.

This explains why family beliefs often lead you to stay in your comfort zone. Because challenging what you’ve been told involves courage as well as confronting many of your mental schemas. However, it’s something that must be done.

6. You have no talent, so don’t dream of the impossible

Don’t dream, get your head out of the clouds, and stop making castles in the air. You have no talent, so stop being ridiculous. What you need to do is look for practical things you can do.

Many adults have their wings clipped at an extremely early age. That’s because they were told that what they were dreaming of was hopeless. However, there are few things more damaging than the destruction of a child’s dreams. Indeed, if you believe that your dreams and wishes could never come true, your life will become far too gray and ordinary.

7. Family beliefs that are taken for granted: stop complaining, you’ve got to be strong in this life

“Don’t cry, stop complaining, stop looking so miserable… Life’s hard. You just have to put up with it!”. These kinds of family beliefs you’ve heard from when you were a child can have serious consequences.

The obligation to always be strong and to be able to do everything forms the basis of psychological suffering. Never forget that you have the right to be vulnerable, to complain, to cry, and to feel upset if you’re hurting. Furthermore, make sure you deactivate all these types of damaging ideas from your mind and you’ll find happiness… 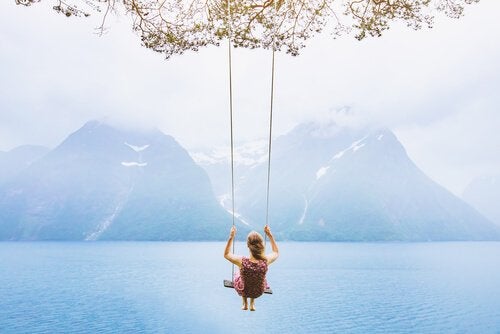 I’m Going to Fly High Even if You Clip My Wings
Those close to us may not always support our decision to change and our “I’m going to fly high” mentality even if it’s for our personal development. Read more »

The post Family Beliefs That Hold You Back and Make You Unhappy appeared first on Exploring your mind.

How You Eat Defines Your Personality

The Myth of Adonis and the Red Roses of Love