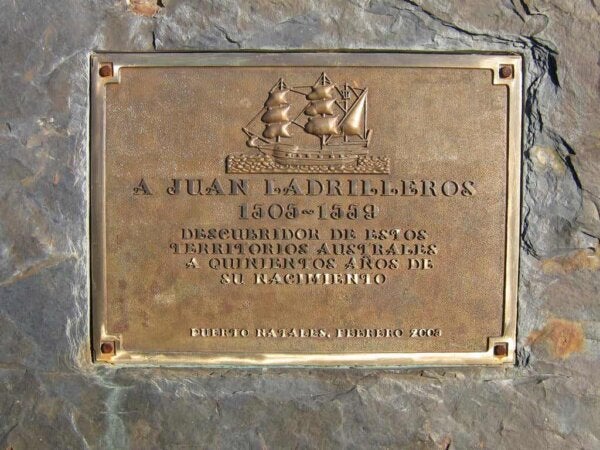 Juan Fernández Ladrillero was a 16th-century Spanish navigator and explorer. In 1563, under orders from Spain, he sailed from Callao, Peru, to Valparaíso, Chile, in only 30 days. In fact, due to this remarkable feat, they called him “el brujo del Pacífico” or “the wizard of the Pacific.” In 1574, Ladrillero discovered an alternative maritime route from Callao to Valparaíso. This route was much faster than the old one which bordered the coastline.

By taking a detour west from the coast, he managed to avoid the northern Humboldt Current which slowed down ships sailing south along the coast. In fact, by doing so, he discovered the Juan Fernández Islands archipelago. This was probably between 1563 and 1574. The archipelago is located west of present-day Valparaíso in the southeastern Pacific Ocean. Ladrillero completed the voyage of discovery remarkably quickly.

Obtaining a grant from the Spanish government, Ladrillero stocked the Juan Fernandez islands with goats and pigs. He lived there until 1580 when he returned to navigation. In 1574, he discovered the Pacific islands of San Félix and San Ambrosio. He also published a treatise on navigating the Chilean coast

“Like Magellan, let us find our islands to die in, far from home, from anywhere familiar. Let us risk the wildest places, lest we go down in comfort, and despair.”

Juan Fernández Ladrillero was born in 1490 in Spain. He went to sea at an early age. In 1535, after 11 round trips from Spain to the West Indies, he received a sailing license. It was Sebastian Cabot, the famous Italian and Venetian explorer, who gave him the license. Ladrillero piloted the fleet that brought Don Antonio de Mendoza to Mexico as viceroy.

In 1539, Ladrillero commanded San Lázaro, the ship of Hernando Cortes, which was carrying various goods from Tehuantepec to Panama. In 1545, Ladrillero went to Quito and then moved to Lima. He spent several years in retirement in Chuquiago (present-day La Paz) having been awarded an encomienda by the Spanish government.

At the end of 1557, the governor-general of Chile, Don García Hurtado de Mendoza asked Juan Fernández Ladrillero to command an expedition. In fact, he wanted him “to discover, explore, and take formal possession of all the country from Valdivia south and through the Strait of Magellan.” On November 17, 1557, with the ships San Luis, San Sebastián, and San Salvador, he sailed from Concepción, Chile.

On December 9, 1557, Ladrillero, in the San Luis, was separated from the other two vessels. These ships were under the command of Francisco de Cortés Hojea and they went on to explore the Chilean fjords and sounds to the south independently. Ladrillero spent the month of January of the following year exploring the intricate coastline of southern Chile. He later discovered a place he called Bahia de San Lazáro. We now know it as Nelson Strait.

After passing the western entrance of the Strait of Magellan, he sailed alongside Desolación Island, past Santa Inés Island, and entered the Barbara Channel (or Canal Santa Barbara) which connects to the strait. From March to July, he stayed in a harbor he named Nuestra Señora de los Remedios. This harbor is now named Sea Shell.

He probably entered the strait near the end of July. By August 9, 1558, he reached Cape Virgenes. He ventured up several channels, only to find them dead ends. Landing at Punta de San Gregorio, he took formal possession of the region for Spain. Only one of the names he assigned survives today: Bahia Posesión. He spent less than a day in the South Atlantic before turning back. He probably didn’t reach the western entrance before early March 1559. Finally, after a stormy passage, he made Valdivia.

Some have speculated that Spanish or Portuguese ships reached New Zealand, or became wrecked on its coast. This was before Abel Tasman’s arrival in 1642. In fact, there’s an ancient Spanish helmet, allegedly fished out of Wellington Harbor. Many people see it as proof that the Spanish did reach New Zealand. However, there’s no record of the helmet before it was noted in the national museum back in 1904.

For some people, the theory that the helmet was dropped from an early Spanish vessel isn’t convincing. Early historian Phyllis Herda discusses the likelihood that Spanish explorer Juan Fernandez Ladrillero visited New Zealand around 1576. Other historians claim that he was the first European to reach New Zealand.

In 1575 the governor of Cuyo, Jufré, organized an expedition under the command of Ladrillero to Terra Australis. This was a hypothetical continent first posited in antiquity. It appeared on maps between the 15th and 18th centuries. Some considered New Zealand and Australia to be part of this continent. The governor of Chile authorized the expedition. However, the Viceroy of Peru didn’t agree to it. As a result, Jufré changed the official itinerary. In fact, he pretended his expedition would only sail to the islands that Ladrillero discovered in 1574.

Nonetheless, the real destination of the expedition remained Terra Australis. Soon the explorers set sail from Valparaíso. After heading west for about one month, in the spring of 1576, they arrived on a beautiful island. They described it as “mountainous, fertile, with strong-flowing rivers.” Furthermore, they claimed the island “was inhabited by white people, and with all the fruits necessary to comfortably live.”

Disagreements regarding the discovery

Afterward, the expedition set sail for Chile. Juan Fernández Ladrillero wanted to tell government officials about his discovery. However, Juan Jufré utterly refused. He requested that the discovery be kept a secret. After all, the Viceroy of Peru hadn’t even authorized the expedition. Nevertheless, after Jufré died in 1578, Ladrillero finally shared their discovery with the authorities.

He also tried to convince them of the need to return to the islands and establish a colony. However, they scrapped the idea due to a lack of interest.

A record of their discovery exists in the Spanish Admiralty libraries. It was reviewed in the 19th century by the renowned Chilean bibliographer José Toribio Medina. In fact, Medina is one of the main sources of information for this claim in South American literature.

There’s a transcription of the record in question in an appendix of Medina’s book. It’s a memorandum from a certain Dr. Arias to the King of Spain in 1621. The memorandum requests funds to convert the natives of the lands of Terra Australis. The document is primarily concerned with theoretical reasons as to why such a continent must exist. Thus, Dr. Arias used the supposed discoveries of Juan Fernández Ladrillero to bolster his own theories.

His opinion on the subject was different. In fact, he believed that it was more likely that the islands which Fernández Ladrillero discovered were those of Tahiti. He said, ‘It appears to us he did discover some islands. Amongst others those of New Zealand, or more certainly, by our understanding, the islands of Tahiti’.

The Juan Fernández Islands are a small cluster of islands in the South Pacific Ocean. They’re situated about 650 kilometers west of Chile. The islands are named after Juan Fernández Ladrillero. He discovered them in the 1570s. In fact, he received a grant and settled there for some years.

The islands consist of:

The islands are volcanic peaks rising from the Juan Fernández Ladrillero submarine ridge. Robinson Crusoe has a summit 915 meters above sea level, and Alejandro Selkirk rises to 2,000 meters. Cumberland Bay, on the northern side of Robinson Crusoe, is one of the only fair anchorages.

After Ladrillero left, the islands were visited only occasionally. In 1704, Alexander Selkirk, a Scottish seaman, quarreled with his captain and was put ashore at Cumberland Bay. He remained there alone until 1709. His adventures are commonly believed to have inspired Daniel Defoe’s novel, Robinson Crusoe. The islands passed into Chilean possession in the early 19th century. Since then, they’ve been used as penal settlements on many occasions, particularly for political prisoners.

Santa Clara Island is now uninhabited. Robinson Crusoe and Alejandro Selkirk are sparsely populated. Most of their inhabitants are concentrated in the village of Robinson Crusoe, on Cumberland Bay. Their principal occupation is fishing for lobsters. In 2018, the Chilean government created Juan Fernández Islands Marine Park. It’s a protected area that encompasses over 260,000 square kilometers of ocean around the islands.

Firstly, mainstream historians don’t accept the claims that Juan Fernandez Ladrillero discovered New Zealand. According to James Belich, a history professor at the University of Auckland, New Zealand, many theories claimed the French and Chinese discovered New Zealand prior to Tasman. He states, “I think there are a number of theories of this kind and all are highly unlikely”.

Winston Cowie is a brilliant New Zealand filmmaker and writer. He wrote an eye-opening book in 2015 entitled Conquistador Puzzle Trail. It was published with the support of the Embassy of Spain to New Zealand. The book proposes that the Ruamahanga skull and Maori oral traditions may support the theory. Nevertheless, more evidence is required to take it from possibility to probability.

To sum up, Juan Fernández Ladrillero’s discoveries and explorations made him an extremely famous 16th-century Spanish navigator. Indeed, not only did he explore Chile, and discovered different islands, he may also have discovered New Zealand. Furthermore, he was the first to navigate the Strait of Magellan from its Western entrance to its Eastern and back again. This is one of the reasons why Ladrillero became known as “the Wizard of the Pacific”

“I do not explain, I explore.” 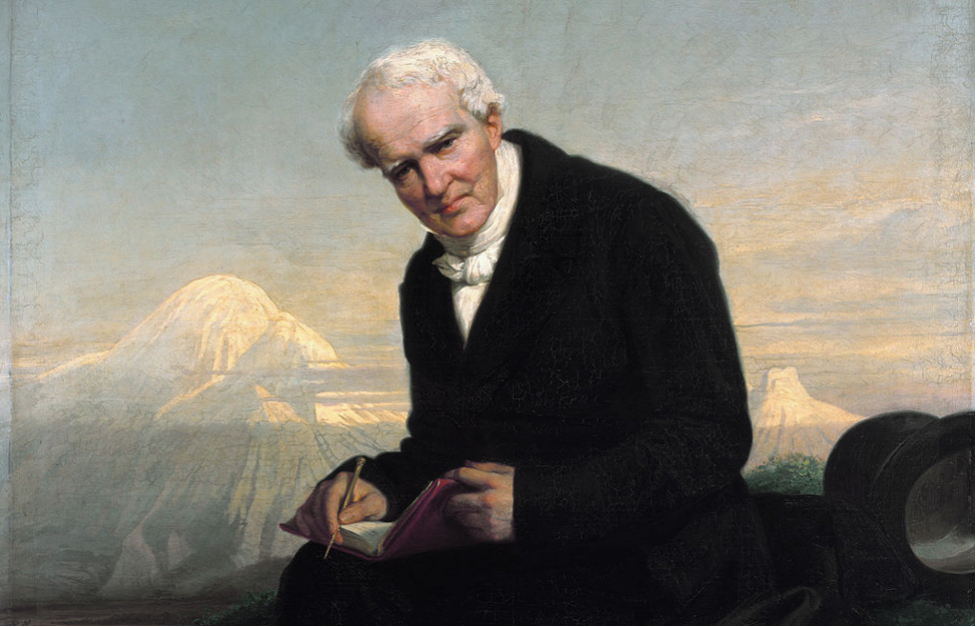 Humboldt: Explorer Extraordinaire
Alexander von Humboldt, explorer and scientist was one of the most important scientific figures in modern history. An environmentalist. Read more »