The cascade effect has its origins in the field of medicine. It refers to a chain of diagnostic or therapeutic events usually triggered by the anxiety of the doctor or the patient. They ultimately have a negative effect on the patient.

In these circumstances, either the patient or the health professional has unfounded fears. This leads to the doctor giving a chain of diagnoses. In fact, one test follows another, and one suspicion leads to another. At the same time, the clinician instigates a chain of treatments. However, as there’s no valid basis for this, the patient ends up being harmed. This is known as the cascade effect.

However, the cascade effect is now also thought to be relevant in daily life. Indeed, in this scenario, it follows exactly the same logic. A thought, feeling, or belief with little foundation unleashes a series of events. That’s how you get the idea of good and bad streaks in your life.

“Chance is a word void of sense; nothing can exist without a cause.”

The cascade effect in daily life

Both in the medical field and everyday life, the cascade effect arises from a situation that’s incomprehensible at the time. Furthermore, it generates restlessness and fear. In both cases, what happens is a more or less systemic process. It includes the following:

Let’s look at an example. Say, for instance, that you think your partner might be tempted to be unfaithful because your relationship isn’t exactly ideal. Your suspicion puts you on the alert. Consequently, you’re motivated to investigate further. You begin to find “clues” to your partner’s possible infidelity. For example, maybe you see your partner talking a lot to someone else in particular. You think this seems suspicious.

You then try and find out as much as you can about this other person. You’ll take note of how attractive they are. If they are, then you’ll think that no doubt your partner will also see them as attractive. From then on, you’ll try and be around whenever your partner meets this other person. However, your partner notices this and it irritates them. Nevertheless, you simply view their irritation as further incriminating evidence. The situation continues to escalate until it causes a split in your relationship. This is the cascade effect.

A streak is a particular period when either favorable or unfavorable events occur more than usual. However, this is also part of the cascade effect.

Returning to the previous example, your suspicion might lead you to neglect some of your obligations in order to carry out your “spying” missions. In fact, you may even become quite carried away by your unhealthy obsession.

This triggers a “bad streak”. The relationship has ended. However, in addition, you now find yourself experiencing problems in other areas of your life.

Likewise, there are “good streaks”. A major achievement or a happy event may give rise to a chain of similarly pleasant occurrences. This means you feel happier. Then, you make better decisions and find solutions that seemed to elude you in the past. How to manage the cascade effect

Leaving aside good and bad streaks, what the cascade effect demonstrates is that there are always causes and consequences. Not all are predictable, and they all have an element of chance. However, most of the time they tend to follow a logical sequence.

When there’s a difficulty, a problem, or a negative effect, it’s important to calmly identify it, clarify it, and solve it. Otherwise, it may signify the start of further difficulties.

Indeed, the cascade effect can be stopped by objectively identifying the initial event. As a matter of fact, in many instances, the “negative streak” has more to do with the fear of what the difficulty might cause than the problem itself. Because, when you avoid, hide, or distort a problem, you also multiply its negative consequences. 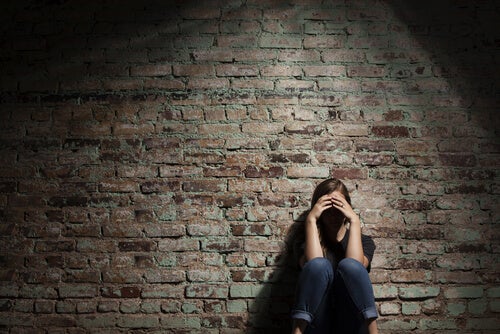 Dramatizing Your Problems Only Makes Them Worse
Often we dramatize our problems when really we should view them as learning opportunities. Read more »

The post The Cascade Effect in Your Daily Life appeared first on Exploring your mind.

Why Some Children Don’t Love Their Parents