Mutual love between children and parents tends to be taken for granted. However, it shouldn’t be. Because some children don’t love their parents. This isn’t a disorder, nor is it evidence of an abnormal nature. It’s simply a reality that sometimes happens.

The idea of children not loving their parents shouldn’t be taken completely literally. Indeed, unless there’s some limitation or deficiency, children will always be emotionally linked to their parents. However, what happens is that sometimes these emotions aren’t positive. In fact, they might be feelings of hatred, resentment, and indifference.

When children don’t appear to love their parents, it’s usually because their affection has been repressed or inhibited. Hence, the love is there but it’s not manifested or expressed properly. How does this happen?

“Each day of our lives we make deposits in the memory banks of our children.”

One of the reasons that children don’t love their parents may be due to a process known as mirroring. This happens when parents don’t show any love to their children. Consequently, children also learn to relate in that way to their parents.

In these cases, a lack of affection blocks or limits their emotional development. The parent, either consciously or unconsciously, partly severs the relationship with their child. In fact, they convey the idea to their child that the bond between them shouldn’t be emotional but on a more practical and functional basis.

Under these kinds of conditions, the child probably won’t learn to relate to the world via their emotions. In effect, they start to give what they’ve been receiving: indifference. This closes down an important side of them. In fact, in these kinds of situations, love is there but it’s inhibited.

Another reason why children don’t love their parents is due to abandonment. When there’s total abandonment, there’s no link between the two parties at all. In these cases, sometimes the child may either tend to idealize or reject the absent parent.

Nevertheless, abandonment doesn’t always mean that one or both parents are absent. Abandonment may also occur when both parents are around but they’re uninterested in the child. For example, they might delegate their upbringing to a third party. It also occurs when parents don’t offer their support at crucial moments in their child’s life.

In these instances, children tend to feel that their parents have failed them in the most fundamental of ways. For this reason, they feel unable to rely on them and grow to mistrust and distance themselves from them. Over time, this often turns into dislike or indifference, particularly if the abandonment is systematic. In some cases, children don’t love their parents because they’ve been their victims. This usually occurs in situations of abuse. It could be emotional, physical, or sexual. These kinds of events cause great damage to the child. In fact, they leave scars that prevent the development of a healthy emotional bond with their parents.

When a child learns to see their father as an aggressor, it sows the seeds of hatred. This may be implicit or explicit. Usually, children feel bewildered and angry. Then, as they grow older, these emotions change into strong feelings of rejection. Added to this, they often feel a strong sense of guilt.

A human being learns to love based on the bond they have with their primary caregivers. As a matter of fact, a child can never be given too much love. With every smile and every hug, with every show of interest, parents clear the path for them to move forward in life. Indeed, there’s no doubt that silences, distance, and ill-treatment are very real obstacles to a child’s progress. 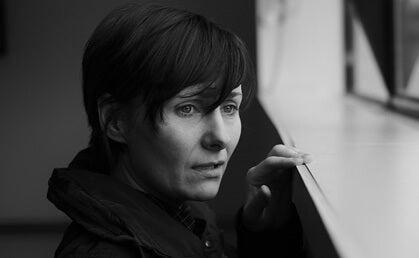 The post Why Some Children Don’t Love Their Parents appeared first on Exploring your mind.

The Cascade Effect in Your Daily Life