Seeing colors when listening to music. Tasting an ice cream and feeling a caress on your cheek. Touching a flower and experiencing a sweet taste in your mouth. These are all examples of synesthesia. This is a neurological disorder that thousands of people experience all over the world. However, what’s the synesthetic brain really like? Furthermore, how can this ability be explained?

We know that figures like Vincent Van Gogh, Vladimir Nabokov, Wassily Kandinsky, and Nikola Tesla could experience two senses at once. For a long time, experts thought that synesthesia was a characteristic of minds with a tendency to fantasize. In fact, they didn’t think there was any scientific basis for this capability at all.

However, with the arrival of the new millennium, neuroscientists, psychologists, and even geneticists started to pay attention to this neurological peculiarity. To date, they’ve discovered some fascinating facts.

Neuroscientists have discovered that synesthesia can improve cognitive skills such as creativity and even memory. The reason for this lies in a brain that’s more adept at making connections.

Let’s start by identifying synesthesia. It’s a perceptual phenomenon orchestrated by a neurological disorder. What happens is that several sensory or cognitive regions are automatically and involuntarily activated at the same time in response to specific stimuli. In other words, sounds can have color, music might have flavor, and words may be associated with certain sounds, for example.

In 1871, Bleuler and Lehman proposed that synesthesia involved hallucinatory experiences. However, this isn’t the case. Neither is it related to any mental disorder such as schizophrenia. Nor is it the product of an over-imaginative mind.

It seems that the first important milestone in the understanding of synesthesia came in 1995 with a study by Dr. E Paulesu et al. They performed different diagnostic tests on people with synesthesia with positron emission tomography. This was to measure their hemodynamic responses.

These researchers discovered something that they already suspected. The synesthetic brain works differently.

Experts believe that between three and five percent of the population experience some form of synesthesia. Furthermore, it’s more common in women than men. Some think of this capability as a gift. Because, to see the world through the integration of several senses at once makes reality so much more intense, strange, and fascinating at the same time.

In addition, it’s extremely common for synesthetic people to be more creative. They also tend to have a greater memory. That’s because their brain has more connections. Dr. Gian Bheeli from the University of Zurich (Switzerland) conducted research that was published in the journal Nature. He suggests that synesthesia has a genetic basis and is hereditary.

We know that children go through a period of brain development that consists of neurological pruning. In other words, some synaptic connections between neurons are eliminated in order to shape a more specialized brain. In fact, up to the ages of 12 to 13, it’s common for children to have more neurons and synapses than are strictly necessary. Their gradual disappearance is essential for the proper functioning of the brain.

However, it seems that people with synesthesia don’t undergo this pruning process. Therefore, various areas cross over with each other. The University of Amsterdam (Netherlands) conducted research that suggested the regions associated with color in the occipitotemporal cortex can suddenly connect with motor regions. This means that even simple movements made by people with synesthesia can evoke a certain tonality in them.

Each person with synesthesia has unique experiences. They all start with the way their brain connects.

To try and understand what the brain of a person with synesthesia is like, we should consider the hypothesis of limbic mediation. It was Richard Cytowic and Frank Wood who first suggested this in 1982. In their hypothesis, they proposed that synesthesia is orchestrated by the limbic system. More particularly, the hippocampus.

They discovered that people with synesthesia have many more connective fibers in this area, from the limbic system itself to the neocortex. Consequently, this translates into a greater number of perceptual phenomena, sensations, memories, and even emotions. Neuroimaging studies of the synesthetic brain

With the evolution of diagnostic and neuroimaging techniques, we now have much more data on what the synesthetic brain looks like. Indeed, thanks to the many volunteers with synesthesia who’ve undergone positron emission tomography (PET) and functional magnetic resonance imaging (fMRI), we now know the following about the synesthetic brain:

Synesthesia is a fascinating phenomenon. Indeed, it interests both neuroscientists and psychologists alike. In the coming years, no doubt they’ll discover more facts about this interesting condition. However, in the meantime, what we do know is that people with synesthesia, far from finding it problematic, enjoy this intriguing gift they possess. 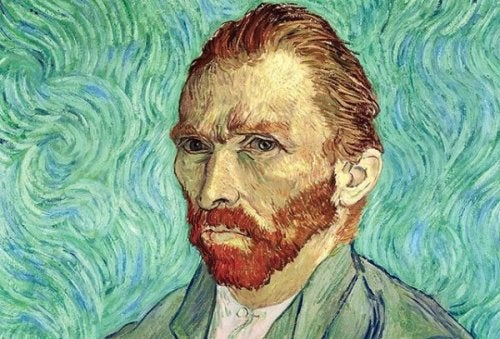 Loving Vincent: A Mind in Colors
Van Gogh was a very prolific painter having produced over 900 works as part of the post impressionism movement, focused on light and movement. Read more »

The post The Synesthetic Brain Works Differently appeared first on Exploring your mind.

Main Character Syndrome, When It’s All About You