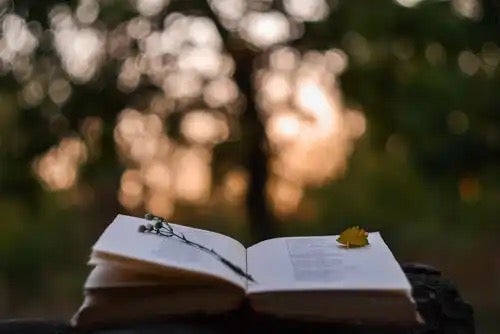 Leopoldo Lugones was a master of the written word. However, he was also an erratic and contradictory personality. In Argentina, he’s remembered as one of their greatest writers. Nevertheless, as a politician, his ideas were questionable and deplored by many. Finally, as a man, he was one of those desperate romantics who commit suicide for the sake of love.

Maybe he was simply a passionate poet. An impulsive man. As a matter of fact, those closest to him described him as a kind man who was obsessed with honesty. Consequently, it’s hard to reconcile the idea of this talented poet as the radical fascist he apparently became.

“Don’t fear autumn, when it comes. Although the flower falls, the branch remains. The branch is left to make the nest.”

Leopoldo Lugones was a man of contradictions. He was both a poet and a bureaucrat. A committed Catholic, yet passionate about occultism. In fact, a believer and an atheist, an avant-garde poet, and a conservative essayist.  A man of habit who was also a hopeless romantic.

The early years of Leopoldo Lugones

Leopoldo Lugones was born on June 13, 1874 in a small town called Villa de María del Rio Seco in Córdoba, Argentina. He came from an elite family and had four brothers. His childhood was extremely traditional and strictly Catholic. Leopoldo was an obedient and responsible child, and nobody ever complained about him.

By the end of the century, he was already displaying literary skills. In fact, his first writings in literature and journalism date from that time. He had undeniable talent. At 22, he married Juana Agudelo and they moved to Buenos Aires. A year later, their only son, Leopoldo “Polo” Lugones, was born. By then, Lugones was a staunch socialist.

He went to France and became extremely interested in the in-vogue idea of symbolism. His poems became modernist in style and he was seen as an avant-garde writer. He also began to study occultism and became involved in “Theosophy”. However, politically, he underwent a transformation. In fact, he moved from socialism to nationalism, then to radicalism, and finally fascism.

Ideological changes were a constant in his life. He went back and forth with his ideas, acquiring enemies in every camp. They tended to negatively influence how his work was viewed. In fact, sometimes, it was difficult to separate the artist from the negative judgments made against his works.

This reached a climax when, in 1930, he strongly supported the military coup of José Félix Uribiru in Argentina. Even his staunchest critics agreed that he did this out of pure conviction and he had no vested interests.

From 1915 until his death, he held the position of director of the National Library of Teachers. It was while he was there that he met a young woman, no more than 25 years old, Emilia Santiago Cadelago. Leopoldo was 52. The young woman came looking for one of his works. However, what she found was a love that subsequently split Leopoldo’s life in two.

Leopoldo had boasted of being the most faithful husband in Argentina. Indeed, maybe he was until Emilia came along. Nevertheless, from that moment on, a series of clandestine, passionate, and extremely tense encounters took over his life. He also took to obsessively writing Emilia letters, some of which were daubed in blood and semen. It seems the die was cast.

A tragic and ironic end

Leopoldo’s only son, “Polo” had been chief of police during the Uriburu dictatorship. In fact, he introduced the picana as a form of torture.

It was Polo who discovered his father’s romance. He went to talk to the girl’s family. After that, he spoke to his father. He told him that if he didn’t leave Emilia, he’d declare him insane and have him locked up in an asylum.

Leopoldo knew his son was serious. Emilia’s family moved to Uruguay to make a fresh start. However, Leopoldo fell into a deep depression that would plague him for six long years.

In fact, he was in so much pain that one day, he went to a tavern named “El Tropezón, where he locked himself in his room and drank whiskey with cyanide. They found him when he was taking his last breaths. He’d left a note asking for no tributes to be paid to him.

There’s little doubt that his sadistic son and frustrated love affair triggered his suicide. “Polo” also committed suicide in 1971. He left behind two daughters, Piri and Babu. Piri joined the guerrilla organization, the Monteneros, in the 1970s. Paradoxically, she was actually tortured with the picana. She eventually disappeared, leaving behind three children. One of them, Alejandro, committed suicide three years later, close to where his great grandfather had taken his life.

The tormented poet, his tragic life, and the unparalleled controversy that surrounded him have made Leopoldo Lugones immortal. He left behind his writings, his legacy, and, without a doubt, a great deal of mystery. 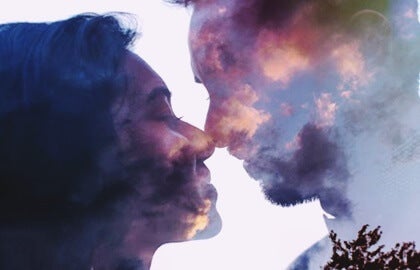 Five Quotes about Romantic Love
Quotes about romantic love are everywhere. Some of them talk about the tender side of love, others joke about how hard it is. Read more »

The post Leopoldo Lugones, A Man of Light and Darkness appeared first on Exploring your mind.

Addictions and their Symptoms