An addiction is a disorder characterized by the pathological search for reward or relief from a certain substance or action. Addictions involve dependence and a loss of control.

There are different types of addictions. For example, there are addictions to substances, like drugs. Then, there are behavioral addictions where a person compulsively carries out certain actions. This means they lose their freedom and get hooked on that particular behavior.

The DSM-5 states that behavioral addictions are those not related to substances. For example, pathological gambling. However, the DSM-5 uses the term disorder as opposed to addiction, due to the negative connotations of the term addiction. In this article, we talk about the symptoms of both kinds.

Substance addiction means addiction to any kind of drug. The DSM-5 categorizes these addictions as substance-related addictive disorders. It defines them as a class of disorders that are “related to the taking of a drug of abuse (including alcohol)”. These behaviors are expressed through different symptoms.

For the disorder to be diagnosed, the patient must suffer at least two of the following symptoms for at least 12 months.

According to the DSM-5, the severity of the symptoms of the substance-related addictive disorders must be specified. The manual stipulates three levels:

Clinicians may also specify if the addiction is at an early or sustained phase of remission. In addition, if it occurs in a controlled environment or if the patient is on some kind of maintenance program.

Four types of criteria and symptoms

As we’ve already mentioned, the DSM-5 diagnoses substance use disorder (addiction) by the application of the 11 symptomatic, behavioral, and temporal criteria we listed above. These criteria may be grouped into four categories:

In the DSM 5, gambling disorder is the sole behavioral addiction included in the chapter entitled “Substance-Related and Addictive Disorders”.

The DSM-5 defines gambling disorder as “persistent and recurrent problematic gambling behavior leading to clinically significant impairment and stress as indicated by the individual exhibiting four (or more) of the following in a 12 month period”. As mentioned in the criteria, it’s important to establish that the behavior isn’t caused by a manic episode.

In addition, symptoms of addiction, both behavioral and substance may vary from person to person. However, almost always the sufferer feels a loss of control and great emotional exhaustion. For this reason, they must always seek professional help. It doesn’t matter whether the addiction is to a substance, to gambling, or to other behaviors or actions like sex or shopping.

“And a core part of addiction, I came to think, and I believe the evidence suggests, is about not being able to bear to be present in your life. “ 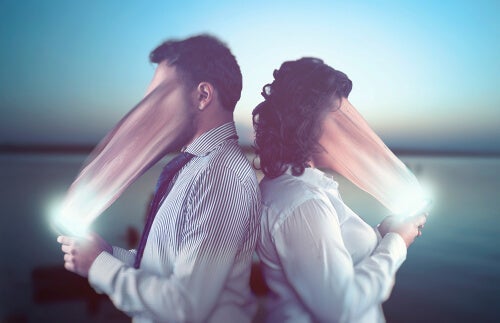 New Addictions: Classification and Intervention
In addition to the addictions that everyone is familiar with like drugs or gambling, there are addictions that have only recently come onto the scene. Read more »

The post Addictions and their Symptoms appeared first on Exploring your mind.

Leopoldo Lugones, A Man of Light and Darkness