Dr. Ronald Schouten has proposed that a category of “almost psychopaths” be applied to people who meet some psychopathic diagnostic criteria but not all of them. In this category, he groups those who haven’t received a clinical diagnosis, and don’t commit crimes, but do exhibit antisocial behaviors.

Dr. Schouten says that “almost psychopaths” often cause more harm than those with an official diagnosis of psychopathy. This is because they camouflage themselves better. However, at the same time, they can become as destructive as a criminal psychopath.

He wrote a book entitled Almost a Psychopath. The subject aroused a great deal of interest. In fact, it’s clear that many people in power, or even those you meet on a daily basis, fit into this category.

“If you suspect that the person next to you is an almost psychopath, talk to someone or ask for help. Then, you can decide on the next step.”

The characteristics that define “almost psychopaths” are present in the behavioral, emotional, and interpersonal dimensions. From a behavioral standpoint, they’re irresponsible and impulsive. In fact, they don’t worry about breaking rules and they have unstable social lives. They also exhibit parasitic behaviors and are extremely unpredictable.

Emotionally, “almost psychopaths” never or extremely rarely feel guilt, anxiety, or remorse. Their capacity for empathy, if they have any at all, is minimal. Furthermore, they experience feelings in an extremely superficial way and find it difficult to establish lasting bonds with other people. They also have problems sticking with ideas and goals.

On an interpersonal level, they’re self-centered and arrogant. They have a lot of energy and are usually extremely charming as well as dominant. Indeed, they often exploit the people around them. As a matter of fact, their goal is more manipulating others than getting along with them.

Generally speaking, what characterizes psychopaths is their extreme antisocial behaviors. It’s true that most people have, to a lesser or greater extent, something of the liar and manipulator in them. However, it’s usually only on a minimal level and it only happens sporadically and in specific circumstances.

However, psychopaths and “almost psychopaths” continually exhibit this kind of behavior. As a matter of fact, they seem to have no concept of “the other”. People are merely instruments to them, not equals.

Some of the traits that characterize psychopaths are the following: How to deal with them

You rarely encounter psychopaths. However, your chance of running into an “almost psychopath” is pretty high. Indeed, in today’s world, many people fall into this category. Furthermore, they’re usually extremely successful, which is why society doesn’t question them.

It’s extremely difficult for “almost psychopaths” to change their behavior. That’s because their characteristics mean they tend to consider themselves as being far superior to others. In addition, they don’t feel guilt or have extreme feelings of pain, so they don’t realize they need help.

Their victims are often dazzled by the seemingly great virtues of these people, like charm and intelligence. For this reason, they refuse to admit that they’re dealing with someone with antisocial traits. Furthermore, they tend to downplay any damage they might sustain.

If you think that someone in your life fits into the “almost psychopath” category, the first step is to protect yourself. Establish boundaries. In fact, if you want to maintain the relationship, set clear limits. This way, they’ll have no excuse to claim ignorance when they attempt to exceed them. 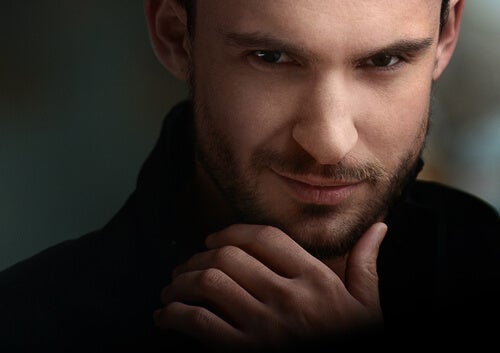 Psychopathy: Characteristics and Curiosities
Psychopathic individuals are calculating, cold, manipulative, but overall very charming. Believe it or not, many of them are among us. Read more »

Why Do Students Drop Out of School?