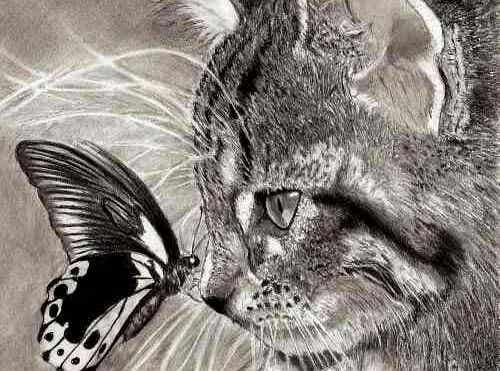 Do animals have personalities? Donkeys are stubborn, pandas are cute, and dogs are faithful. We usually describe people’s personalities. However, are we right to assign personalities to animals, too? Our personality has a lot to say about how we think and perceive the world around us, and how we live our lives. Just think of your nosy next-door neighbor.

Think about that impulsive colleague who busts into your office to tell you about the “next big thing”, and also think about pets, such as a shy dog or an aloof cat. Many pet owners think they recognize personality traits in their animals.

Are they right? Do animals truly have personalities? The answer is yes, according to Anne Gabriela Hertel. She’s a brilliant Ph.D. candidate at the Norwegian University of Life Sciences. “We definitely see stable differences between specimens“, she says.

She also tells us that research dramatically changed recently, becoming more interested in an animal’s specific personality. Some biologists developed a system to describe an animal’s personality based on five main characteristics, including courage, aggression, curiosity, sociability, and activity. Professor Trond Amundsen tried to measure these types of personality traits in fish. Different tests measured whether a fish shows an array of traits such as brave or careful. Trond is a biology professor at the Norwegian University of Science and Technology (NTNU).

“The greatness of a nation and its moral progress can be judged by the way its animals are treated.”

Why scientists now admit that animals have personalities

In the 21st century, scientists are starting to admit that animals have personalities. Until recently, science was reluctant to embrace the idea that animals have emotions, though it’s an observable trait for anyone with a beloved companion animal. Scientists also ignored how non-human animals feel and express their emotions through mood and personality. Why is science arriving so late to the notion that humans aren’t unique in emotional responses and individual personalities? Unconscious bias certainly played a role.

In fact, scientists betrayed a desire for human-animal towards difference, if not outright superiority. None of us are immune to this confusion, not even scientists, and fear was also part of the problem. Scientists were for decades ironically blinded by a misguided attempt at objectivity, though this is beginning to change. Once again, researchers are beginning to look closely, and creatively, at animal personalities. What scientists are finding is astounding, from crabs to coyotes to crows and a myriad of other species, animal personality and emotion are cocktail party conversations.

Personalities definitely enable relations between humans and other species to drive ecology and evolution. Interestingly, science wasn’t always this blind – there were early advances in surprising places. The father of evolutionary theory, Charles Darwin, was the first to describe animals’ inner states and emotions.

He perfectly embraced the notion in his 1872 essay The Expression of the Emotions in Man and Animals. Darwin also argued that similar physiologies in humans and other animals indicate similar internal feelings for all species.

Darwin thought when monkeys, like simians, contract the same facial muscles that humans do, they were expressing many feelings. For instance, pleasure, joy, affection, grief, disappointment, astonishment, or terror just like humans. “Monkeys also redden from passion the way anger blushes a human face”, Darwin observed. Of course, Darwin is a household name for the theory of evolution, though not for animal emotion theories. Canadian-English evolutionary biologist and physiologist George John Romanes stands on Darwin’s metaphoric shoulders.

He inferred that even species very unlike humans have humanlike internal attributes. Worms, he added, feel surprised or fear. Insects have curiosity, and fish can play or be jealous or angry. Reptiles are affectionate and birds can be prideful or experience terror. Mammals exhibit all the emotions above, including hate, cruelty, and shame. Romanes, with his book entitled “Animal Intelligence”, was way too much for Victorian England. Romanes, Darwin, and many of their contemporaries confessed that humans can’t see into animals’ minds, and couldn’t interpret the language of a cat’s or chicken’s mental circuitry.

The squishiness of their speculative science generated a vigorous backlash in the form of a quest for complete objectivity. Rather than run the risk of over-interpreting behaviors, Lloyd Morgan pontificated the dogmatic method of behavioral science. This method is now known as Morgan’s Canon. “In no case may you interpret an action as the outcome of the exercise of a higher physical faculty, you must interpret actions as the outcome of the exercise.” In this exercise, you stand lower on the psychological scale. What did this mean back then? This meant that we couldn’t attribute thinking and feeling to animals.

The biggest and latest advances

For many people, the idea of attributing human characteristics to animals is like the pot calling the kettle black, though even a sea slug has similar neurons and DNA to humans. Scientists are now warming up to using the terms humans use to understand humans to try to understand animals. Both Marc Bekoff and Jane Goodall prodded the concept with their genius 2007 book.

It’s entitled “The Emotional Lives of Animals: A Leading Scientist Explores Animal Joy, Sorrow, and Empathy — and Why They Matter”. Furthermore, G. A. Bradshaw described how elephants exhibited signs of post-traumatic stress. Lauren Highfill and Stan Kuczajshowed described how dolphins displayed them as well.

Those sparks recently caught fire, which is why scientists are now branching out to study animals outside of the familiar types, such as apes, wolves, and elephants. Other researchers like Renée Duckworth followed a progression of studies to demonstrate something crucial about bluebirds. Not only do bluebirds have individual stresses and personalities, but their different personality types drive the species’ ecology. The biggest advances are obviously in the most unlikely places. Leeann Reaney and Patricia Backwell experimented with robots in order to explain synchronized courtship in fiddler crabs.

According to the scientists and authors, you don’t measure physical love by the size of a male’s claw as the animal uses it to attract a female. On the other hand, you do measure it rather by the attractiveness of his personality. Andrew Sih, professor at the Department of Environmental Science, is now considered the “Dr. Personality” of animal research. He investigated the importance of individual variation in water striders. At face value, they’re just little bugs that dance upon the water.

A new age of biology dawned today in the 21st century. Many important studies quickly gained momentum, including studies of animal emotion, individuality, and personality. They broke science free from the bounds of unconscious bias. Therefore, now every researcher out there uses the term “personality” when they study non-human animals. Scientists are also building new theories around their observations and descriptions. According to John Shivik, behavior, as it turns out, is every bit as important as a physiology for individuals.

Behavior is just as important for species when they compete, cooperate, survive, or die, ultimately evolving in a constantly changing world. John Shivik is a state predator biologist, federal regional wildlife program manager, and search-and-rescue dog handlers. His newest book entitled “Mousy Cats and Sheepish Coyotes: The Science of Animal Personalities”, he published in 2017.

As we mentioned above, Professor Trond Amundsen researched fish to prove animals have personalities. “We let the fish get to know a new aquarium where we decorated half with gravel and plastic vegetation, enabling the animal to easily find hiding places and feel safe. We let the other half of the aquarium is open — a big sea where all kinds of dangers can lurk.” What will the smart fish do? Will it stay in the safe area or will it venture into the open water? How long will it truly take before the fish try?

How will it behave when it explores the creepy part of the aquarium? Will the fish slink along the wall, or will it cross directly across into the open area? “Then we can compare the results of this test with other attempts,” added Trond. They next dropped a drop of water into the aquarium. Other researchers lowered a net in the water and measured how far away the fish swims. “This way, they could measure how long it takes to swim back,” he said. If the same individual is brave in both situations, it may be a personality trait.

Dr. Anne also believes animals have personalities. Not only does she believe personality characterizes animal species, but that it’s important to know the difference. Hence, consider these individual differences when you try to understand or manage nature. “In biology, it’s always been about the average, and that can be highly useful,” she says. When you do ignore individual differences, you can make mistakes in judgment. Perhaps scientists want to know how a group of animals will cope with changes in their habitat.

You could figure out the average behavior of the species in question, and calculate how easy it’ll be for them to find new, more appropriate habitats nearby. Individual differences can play a major role here. Some animals are careful and don’t wander far from their native habitat. Other animals are incredibly brave, while willing to explore new places.

At the same time, brave animals are more likely to get into trouble by chasing humans or predators. Perhaps there are many of these dangers in this particular area. As a result, many of the brave animals die. Behind these brave, few are a group of shy individuals. They find it harder to adapt to a new situation than researchers calculated. “We can actually come to the wrong conclusions if we don’t take into account personality”, says Anne.

This knowledge can solve human-animal problems

In short, our new knowledge that animals have personalities may also help us solve many problems, including human-animal conflicts. Chicago, the third-largest city in the United States of America has troubles with coyotes. These coyotes live right in the city. Fortunately, researchers found that most of these coyotes aren’t a problem. They only chase rodents and are nocturnal animals, and they avoid people as best they can.

There are some brave individuals who are active during the day. They’re more likely to end up in confrontations with people. How exactly do we solve these problems? “The idea is that you don’t have to take action against the whole pack, yet just the brave individuals”, Anne said.

“Animals are the bridge between us and the beauty of all that is natural. They show us what’s missing in our lives. And, how to love ourselves more completely and unconditionally. They connect us back to who we are, to the purpose of why we’re here.” 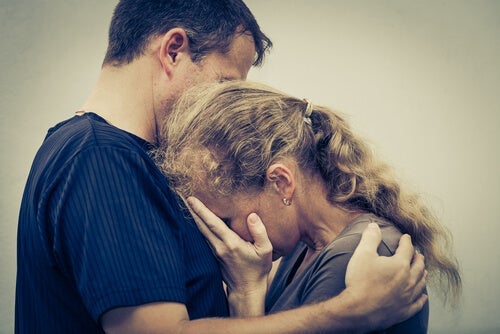 Secrets, Denial, and Addicted Families
We’ve all heard about issues with addicts, but what about their families? Let’s take a look at addicted families. Read on! Read more »

The post Do Animals Have Personalities? appeared first on Exploring your mind.

If I Have to Ask You for Something, I Really Want You to Respond