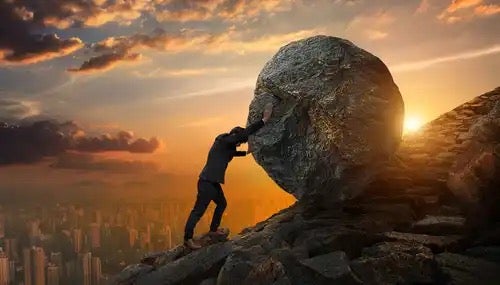 Feeling powerful is healthy. It means that you value yourself and have the strength and energy to see things through. It’s motivating.

However, there are some people who, although they actually undervalue themselves, believe they can do everything at the same time. They’re everywhere. They demonstrate omnipotence both in their own actions and in helping others. These people have a tendency to surround themselves with an entourage of needy people. Then, they take on each and every role that they’re given. Although they have one head, they find themselves wearing many hats.

To function in a balanced way in life, you have to recognize your personal resources and put them into action.

Your capacities and strengths are part of your power for coping with problems, whether or not you ultimately solve them. For this reason, the degree of power you feel when facing difficulties depends on how much you value yourself.

If you have good self-esteem, you’re aware of your abilities. You also know your limitations. In other words, what you can and can’t do. In addition, when you feel powerful, you feel valued, both by yourself and others. However, if you exceed your personal limitations, you become omnipotent.

Omnipotence is a person’s unspoken belief that they can do anything, not just for themselves but for others too. They’re the people who are always at the front of the line to help anyone and everyone.

Omnipotent people are the ones who always know which pharmacy is open all night. They can track down an electrician, a medical consultant, or that equipment that nobody else has been able to find. In the summer, when it’s 40 degrees in the shade, and they have a free afternoon, they’ll be in the middle of the city helping someone out with a problem when they could be taking a nap in their air-conditioned apartment.

Omnipotence isn’t about helping a friend who asks for help. It’s about never saying NO. These people want to do it all and they always say YES. This is because those who really can do everything tend to be loved and valued, and at the end of the day, that’s what the omnipotent person really wants as well. Nevertheless, despite the fact of doing so much, these people don’t boast about their abilities.

However, many times, omnipotence is confused with arrogance. This is because people who brag about what they can do or what they know tend to also be labeled as omnipotent. Nevertheless, these kinds of people usually don’t carry out what they boast about.

Omnipotence leads a person to believe that they always can, so they never say no.

Braggers consciously believe they can do everything. This has nothing to do with good self-esteem. It means they have an inflated ego and idolize themselves. In addition, they’re rather pompous and arrogant. However, bragging can also be a sign of delusional behavior.

These people try to monopolize dialogues, which makes them feel good about themselves. In fact, their conversations usually end up being monologues. It’s all about them. You hear these people saying, “I did this” or “I did that”, even though the person they’re talking to is actually trying to say something about themselves.

Proud, arrogant, falsely modest, self-important, egotistical, boastful, ostentatious, and petulant are some of the words we could use to describe these people. However, in reality, they’re trying to seek recognition and defend themselves in the face of their deeply disabling feelings. These kinds of people are omnipotent but not so in their actions. In fact, they conform to the expression “giants with feet of clay”. They claim to be able to do everything but don’t ever put it into action.

These people are false omnipotents, as real ones don’t brag or show off. They carry out their actions silently. Doing everything is just a part of who they are.

If others notice, all the better. That’s the secret desire of the omnipotent, to do things for others and be recognized for it.

Our behaviors, actions, and expressions eventually form our personality style. At first, we may develop these elements in an attempt to be valued. Nevertheless, they eventually become a part of our personality. However, the omnipotent person is often unaware of what they’re really like. In fact, they often need someone else to tell them. This often happens within the framework of psychotherapy sessions.

The devalued omnipotent tends to become a controller. They feel they have to supervise everything because they think they’re the only people capable of doing things the right way.

These people really do become omnipresent. They seem to be everywhere, demonstrating their capabilities. Despite the fact that they only have one head, they tend to wear many different hats at the same time.

On the surface, they move autonomously and independently within their social circles. However, in reality, omnipotent people are very dependent. Under their façade of strength lies an insecure personality, fragile and afraid of being belittled. In fact, the need to display so much omnipotence to the world is a way to hide a deep sense of inner impotence and worthlessness.

One of the problems that this omnipotent kind of behavior causes is abuse. Because the omnipotent person gathers a circle of dependent people around them who feed off of what they do for them. Nevertheless, they aren’t really helping others solve their problems at all. In fact, all they’re doing is effectively taking on the problem themselves.

Omnipotence is a form of self-abuse

One strange concept that could perhaps help explain these events would be the image of a woman with her breasts overflowing with milk, who offers her breastfeeding services. There’d be plenty of needy babies willing to suckle from her.

With this example, you can see that needy babies can’t really be accused of abusing the woman, as she’s actually inflicting the abuse upon herself.

Being ourselves and genuinely helping others is healthy and useful. However, omnipotence is a defense mechanism that must be modified. After that, omnipotent people become able to heal relationships, de-stress, and take charge of their own problems. Furthermore, they’re able to understand that others must be responsible for their own problems too. Only then can they stop wearing so many hats. 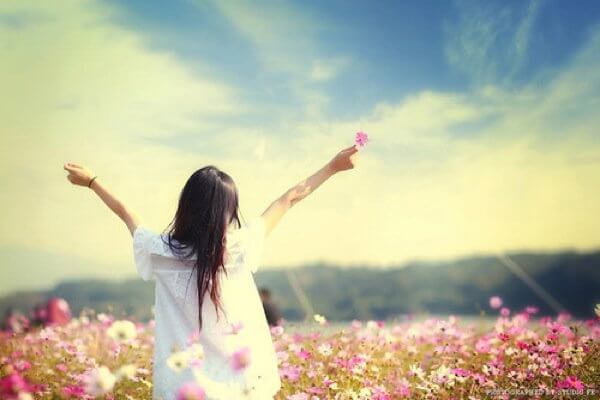 You Can Do Anything, but Not Everything
Trying to do everything means not doing anything, because you can’t advance if you’re trying to carry many different loads at the same time, because you’ll Read more »

The post Omnipotence, Wearing Too Many Hats appeared first on Exploring your mind.

How to Deal with a Disobedient Child