Knowing how to deal with a disobedient child can be one of the most challenging aspects of being a parent. Furthermore, if action isn’t taken quickly and effectively, the relationship between parent and child can become extremely aversive.

Children display different types of disobedient behaviors. They range from ignoring commands, like refusing to sit down in a restaurant, to not following rules, like refusing to brush their teeth. To solve these problems, many parents tend to choose to either repeatedly issue the same commands, shout, or punish the child.

However, disobedient behaviors are part of the evolutionary development of a child. In fact, they’re characteristic of the early years and tend to disappear over time.

Achenbach and Edelbrock (1981) conducted a study and discovered that 50 percent of parents of children aged between five and six complained about disobedience. On the other hand, only 20 percent of the parents of 16-year-olds had similar problems.

How does a disobedient child behave?

Forehand and McMahon suggest that disobedience occurs when:

However, certain factors usually contribute to the maintenance of disobedient behavior, including:

What makes a child disobedient?

To explain behavioral disorders associated with obedience, we place the emphasis on instrumental learning factors, as well as family socialization processes.

Patterson has developed one of the most widely used models in the understanding of the development and maintenance of disobedience behaviors in children. In fact, he developed coercion theory.

These are the main points:

How to deal with a disobedient child

The treatment of disobedient behavior is based on operant conditioning. Parents learn how to apply these techniques in therapy sessions. Operant conditioning includes various processes. For example, time-out, response cost, extinction, etc. Positive reinforcement is an important aspect of the treatment. This is because:

The goals of treatment

Treatment is based on a therapist’s work with the parents. Indeed, there’s minimal contact with the child. The goal is to change the contingencies determining the parent-child relationship to more appropriate ones. The parents then apply them with the child in their natural setting.

To this end, the therapist instructs parents in the principles of learning that underlie the techniques to be used. Instruction, modeling, role-play, and behavior rehearsal are used to help parents understand relevant skills and techniques. As a matter of fact, they usually practice them in a session before applying them with the child in their natural setting.

What are parents taught about disobedience?

One of the goals is to equip parents with parental skills. The procedure is as follows:

Parents need to learn to pay attention to the different kinds of behaviors. Because, on many occasions, parents tend to reinforce inappropriate behaviors. They do this by paying attention to them. In fact, they think that, by doing this, they’re actually reducing the behavior.

Commands and obedience for a disobedient child

One goal of the parent treatment programs for disobedience in children is to learn how to give commands. They should always be:

Knowing how to give commands is extremely important. This is the usual procedure:

Once parents know how to do this at home, they can start to use it in other contexts. The final goal is for them to learn how to establish fixed rules that the child follows without the need to be continually reminded. 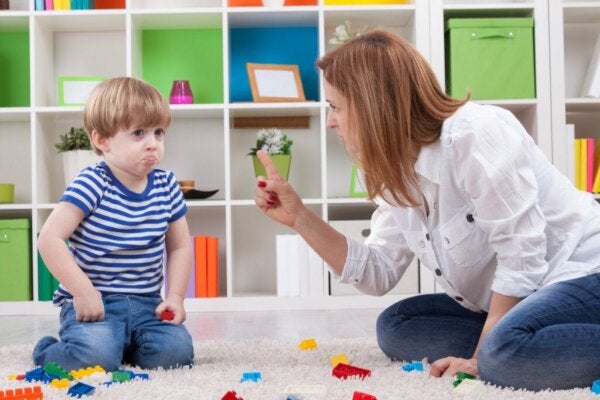 Disobedient Children: 5 Strategies
If you’re dealing with disobedient children, the challenges can often seem insurmountable. Today we’ll share some strategies on how to cope. Read more »

The post How to Deal with a Disobedient Child appeared first on Exploring your mind.

Toxic Positivity: The Dark Side of Positive Vibes

Omnipotence, Wearing Too Many Hats