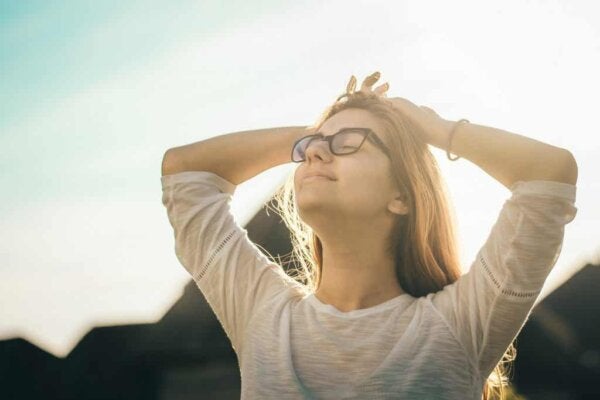 Psychodrama is about reliving scenarios and being in the “here and now”. This is one of the best-known maxims of humanistic psychology that aims to facilitate the self-fulfillment of human beings through the development of their potential. They can only achieve it when they let go of the past and overcome the kind of anxious thinking in which the future is only a possibility.

As you can see, psychodrama is one of the foundational models of the humanistic orientation that uses “dramatic” action as a way to be present and then uses the body, the word, and the action to recreate scenarios. The techniques of role-playing or family sculpture, and even Gestalt psychotherapy, are based on it.

Living in the present but existing in a temporal continuum

Even though people continually project themselves into the future while remembering their past selves, they can only really know themselves in the present moment. The past is a reconstruction, a fable you tell yourself to satisfy your ego. Furthermore, the future is an expression of fears and desires.

Often, staying in the present is complicated because you’ve learned to develop a vision of your identity based on your and others’ expectations. (The person you think you should be or what others want you to be — according to you).

The present is a state of consciousness, not a time as such, thus the art of reliving scenarios

The human being as a dynamic and changing entity can’t live in the immediacy of their experience. In fact, they need to continuously elaborate and integrate their history and foresee their future. This is why it’s so difficult to remain in the present. Also, why even defining the present is basically an impossible task.

Staying in the present means stopping the flow of experience, focusing and centering on a given experience and the sensations, emotions, feelings, and thoughts that derive from it. Doing so as an external observer who doesn’t judge or evaluate but accepts the experience as it is. This is precisely what psycho-dramatizing is about.

Humans think in scenarios. In fact, there are two fundamental axes, two coordinates that define each scenario of your life. That is each memory: time and space. Kia Nobre, a neuroscientist at Oxford University, argues that “We think of time as something linear, predictable, but it’s something that shapes our experiences and the state we find ourselves in as organisms”.

As you can see, your state modifies the perception of time and space, and the way you construct your memories modifies your perception of reality. Thus, “Memories constantly change the way we perceive the world”. Hence, you remember scenarios and integrate them according to the script of your own life.

Psychodrama captures the process by which you construct your identity (past and future) and which appears in the here and now. Thus, it’s possible to shape and change that which hinders your personal and social development.

The present is the time to change

You can neither modify the past nor reach the future because any change happens in the present. Moreover, the effectiveness of psychodrama lies in the fact that it reproduces the natural process by which you perceive, process, and interpret reality. This happens in a simple and accessible way to any person regardless of age, condition, or cultural background.

Psychodrama places the mental scenario of the person in a physical scenario. In other words, in a space where everything fits and is possible. You can dramatize scenes from the past, fears, and future fantasies, dreams, longings… Consequently, everything happens in this scenario. The here and now, the one in which you actually make all of the changes you need/want to make.

The theater of emotions and reliving scenarios

Emotional management is important for proper human development. So much so that the neurologist Antonio Damasio even said that “The brain is a theater of emotions, and feelings the mind’s motivation”.

When you dramatize and play a role in a given scene, you activate the multiple intelligences mentioned by Gardner, including kinesthetic bodily intelligence. Therefore, you can have a broader awareness with which to observe yourself without prejudice and can freely take action.

Reliving scenarios – you’re from and through your bonds

Try to remember a significant scenario in your life. One in which you were on your own. Perhaps you were a teenager locked in your room. Perhaps it was a few years ago and you had to make an important decision at home. It doesn’t really matter what it’s as long as it’s relevant for you. Then, connect with the emotion in that image and the one that triggers you to recall it in this very moment.

Allow yourself to be carried away by the emotion of the present. Thus, observe the memories that arise in your mind. Chances are important people from your life will be in them. In fact, it’ll be quite difficult not to think of them, maybe even impossible.

This is because you’re the fruit of your bonds. From them, you develop an attachment style that, according to studies, persists over time and influences the way you love. They also influence the dynamics and choice of partner, with psychopathology in youth, self-esteem, and many other factors essential to your identity.

It’ll be easier to communicate and adapt positively to the environment. Almost to the extent that you can see others as they are. Being able to see yourself as you are in the here and now. Also, being able to meet others without delusions, prejudices or projections is important for a proper adjustment to reality. This is a therapeutic factor in psychodrama.

Psychodrama is about recreating and reliving scenarios from the past. It works by activating different types of memories and intelligence dynamically, intuitively, and interactively. It helps you in an effective and direct way. Both to become aware of your situation and to solve possible conflicts and problems that block your development and impede your well-being. As you can see, it does so by re-contextualizing and re-actualizing your being in the world in the here and now. 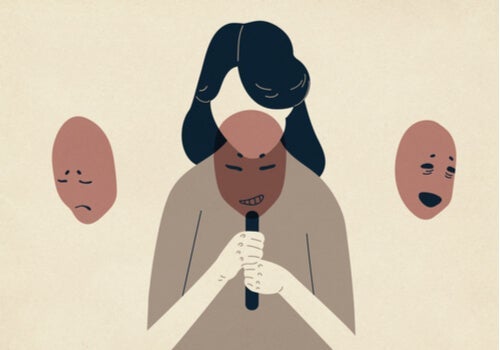 Seven Techniques Derived from Psychodrama
Psychodrama is a therapeutic derived technique, a set of techniques that center on the staging of reality from a given point of view. Read more »

The post Psychodrama, the Art of Reliving Scenarios appeared first on Exploring your mind.