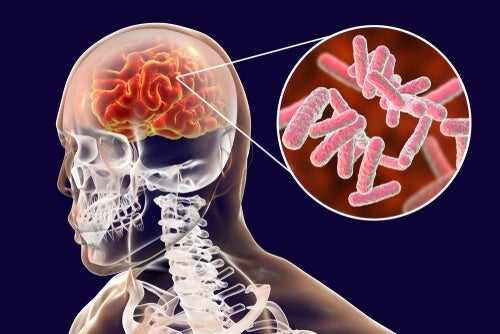 People don’t usually think of brain infections when they think of infectious agents. It’s easy to imagine it in any other part of the body, though. But before we delve deeper into this, let’s say that an infection is the invasion and proliferation of pathogens that can easily affect the nervous system.

An infection occurs when a disease-producing microorganism invades the body. The main infectious agents are viruses, bacteria, fungi, and parasites. Brain infections usually originate from an external source, such as the ears, nose, or throat (among others).

“There’s hope, even when your brain tells you there isn’t.”

Depending on the affected area, the infection may be meningitis, which only affects the meninges, or encephalitis if it affects the rest of the brain. Meningeal infections cause confusion, fever, nausea, stiff neck, headache, and photophobia.

Encephalitis, in turn, causes the same symptoms as meningitis and many others depending on the affected nerve area. Finally, one can classify infections into viral, bacterial, fungal, and parasitic.

Neurotropic viruses have a special affinity for the nervous system, especially those that cause rabies and poliomyelitis. The susceptibility of the nervous system to them depends on the presence of specific membrane receptors.

A virus is an aggregate encapsulated in nucleic acid. It can lead to encephalitis or meningitis, depending on where it lodges.

This is one of the most aggressive brain infections. Bacteria are single-cell microorganisms that mainly produce meningitis. This disease can lead to pussy brain abscesses and cell death in the affected region.

These are due to a fungus that penetrates the nervous system. The human nervous system is usually protected against these threats. However, an illness may decrease them and pave the way for them to thrive.

Parasites are organisms that live at the expense of another (a host). They may derive from an infection elsewhere in the body and usually manifest with symptoms of fever, malaise, and hypotension. Malaria, amoebae, and cysticercus are clear examples.

As we mentioned above, most nervous system infections are secondary to infections in other parts of the body. The most common symptoms are:

Early diagnosis is vital, as symptoms can escalate to brain damage in a rather short period of time. Therefore, the physician usually conducts an exploratory study based on the patient’s history and recent activity. They’ll use more specific methods later on, such as:

This depends on the affected area and diagnosis. These diseases are difficult to treat and irreversible in most cases. Physicians usually allow symptoms to elapse and then apply standardized protocols according to the type of infection.

For example, when the infection is bacterial, they’ll apply appropriate antibiotics to reduce symptoms and try to regress the disease.

The most common infections

The two most common infections of the nervous system are meningitis and encephalitis. Moreover, the main symptom is a brain or spinal cord inflammation that causes fever, headache, convulsions, and even death.

The current status of brain infections

Given the incidence of nervous system infections in the general population, research mainly focuses on their prevention. This happens mainly through vaccines and rapid and effective action protocols.

Furthermore, current research focuses on faster and more specialized interventions for each type of infection. Hence, the most sensible recommendation is to consult a specialist whenever symptoms appear in order to rule out a possible infection. 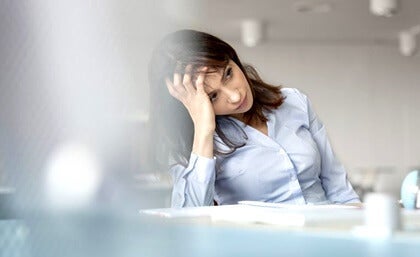 What Lies Behind Laziness and What Your Brain Knows
What lies behind laziness is often not undrestood. Laziness isn’t voluntary. It’s often the case that it’s related to the brain. Read more »

The post The Classification of Brain Infections and Their Symptoms appeared first on Exploring your mind.

The Flow State in Relationships

Regret in a Relationship: Why Did I Fall in Love with You?