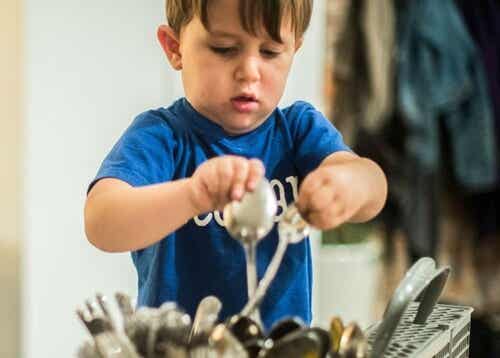 Children must be responsible for some chores. Keep in mind that happiness also depends on a person’s feeling of competence. The feeling that they’re valuable for what they are and what they can do.

Educating children in this competence from an early age will improve their self-esteem and help them gain maturity.

However, you must be aware that it’s a learning process that requires time and skillful efforts on your part. This is because, as you probably well know, it’s much easier to do all chores yourself. For one, you’ll finish sooner, get better results, and won’t get into arguments with anyone. Each person does their own thing; the children play while the adults navigate their respective worlds.

“Every child must have chores to do. It gives them dignity in work and the joy of labor.”

Assuming the latter perspective brings serious collateral effects. The first is obvious: there’ll come a day when these children reach maturity and don’t know how to assume their responsibilities. The second is frustration, both yours and theirs. Not having initiated them earlier in the core subject of life, such as contributing to the upkeeping of the household, causes great discomfort. In turn, the little ones will feel lost and angry at having to take on tasks from one day to the next.

This is because responsibility goes beyond making the bed, helping set the table, or walking the dog. A responsible person knows how to react to everyday adversities, big or small. It’s also someone with initiative, who learns from their mistakes, who knows how to differentiate between mine and yours, and who understands that achieving certain goals requires effort. Furthermore, that the satisfaction is huge if they carry them out by themselves.

Children must have chores to be happy

People often treat their children as if they were long-term guests in their homes. However, you need to understand that children aren’t guests one must entertain at all times. Moreover, some seldom hesitate to make their lives easier by solving every problem, every incident, picking up every misplaced toy and putting it back in its place, and cleaning after them in general.

Your children aren’t guests. Instead, they’re little people who need you to keep them safe. However, they also need your lessons to manage the adventure of growing up. Something like this requires that you don’t limit yourself to being their servants. Instead, you must be their guides, their facilitators, and that always accessible figure they can rely on.

All this undoubtedly leads to the educational pillars of Lev Vygotsky’s theories. The work of this psychologist revealed that every parent or educator must facilitate, not merely transmit, knowledge.

Children must also have responsibilities, because only in this way will they acquire the skills to get to know themselves and discover what they’re capable of. Learning is like a tower they can gradually build a solid foundation on. One with which they’ll end up taking off on their own when the time comes.

Here are some keys to educating your children in the competence of responsibility.

The earlier the better, responsibilities must be normalized

Education starts from the first minute of life. You educate it by establishing routines, habits, and procedures your little ones become used to from birth. Your voice, attitude, and example are also important educational tools. Thus, you must be clear in that when it comes to educating in responsibilities, you shouldn’t wait until they’re eight, nine, or twelve years old.

Here’s an example. Ask a child to assume a series of tasks at home from one day to the next and you’ll find opposition, reluctance, and resistance. However, begin to introduce basic chores into their routines from the age of three or four, while everyone at home does their own, and they’ll think of it as normal.

What types of chores can children have according to their age?

Now you know that children must also have responsibilities. But which ones can and can’t they take on? This is a common question and, on average, your list should take into account their age. There’s one thing you should know, though. A child’s age isn’t an objective reference for everything; only a starting point.

This is because some six-year-old children are more mature than others. Thus, some won’t be able to take on certain tasks for various reasons.

The safest thing to do is use logic and watch the children’s progress. As they mature, you can give them other tasks as long as they’re safe and invest in their self-esteem and maturity.

Positive reinforcement and being their best example

Be aware of one thing when giving responsibility to a child: they’re going to fail, make mistakes, and neglect details. Thus, you shouldn’t punish, criticize, or get angry.

Remember that responsibilities are also highly valuable learning processes. Therefore, it’s always best to use positive reinforcement. Be patient, trust them, and set an example.

Set the bar high, as challenging chores are good for children

As much as possible, it pays to set the bar high with your children and see how these react. Something like this gives them the opportunity to challenge themselves, to prove themselves to you (and especially to them) that they’re good at doing certain things.

Challenging chores can motivate children and encourage them to put into practice incredible processes such as planning, imagination, and trial-and-error.

An example of a challenge is to encourage them to grow their own vegetable garden at home. Also, let them help their grandparents for a week or help you make the shopping list. All of these tasks can be interesting for your children and will help them boost their confidence, maturity, and sense of responsibility. 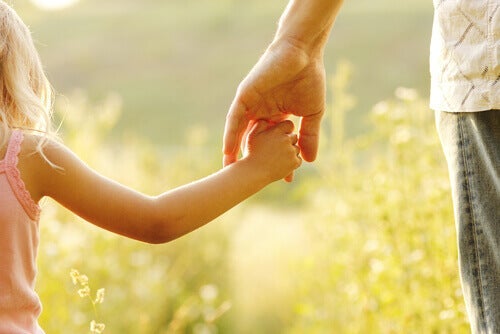 Five Common Mistakes in Children’s Education
Failing to instill a sense of responsibility, of self-love, and of independence in them are some common mistakes people make in their children’s education. Read more »

The post The Importance of Chores for Children appeared first on Exploring your mind.

Allergic Rhinitis May Be Psychosomatic

How Can You Prepare for Retirement?