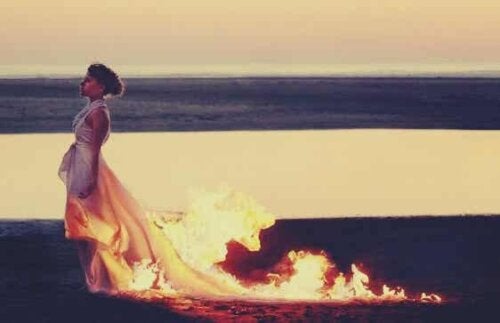 Anger has a transformative potential that most people ignore. How many times have you heard that you must learn to control your anger and keep it hidden so you don’t have behaviors you may later regret? However, something to remember about emotions is that every single one of them has a purpose and is useful in one way or another.

Anger is possibly the most motivating emotion, as well as the most conducive to change. Moreover, it also has the hidden virtue of offering valuable information about oneself. With it, people perceive their limits and identify what bothers them, what they can’t tolerate, and what behaviors in other people aren’t in tune with their own values.

However, it’s clear that sometimes anger can manifest irrationally as the result of mere instinct driven by blind violence. However, this only happens in very few cases. Giving yourself the opportunity to delve deeper and understand how this emotion manifests can allow you to do great things. Continue reading to find out more about it.

“The truth will set you free, but first it’ll piss you off.”

The keys to understanding the transformative potential of anger

Howard Kassinove is a psychologist at Hofstra University, in Long Island, New York. He’s one of the best experts in understanding dimensions such as anger, violence, and fear, among others. In books such as Anger Management, he reveals that anger has a transforming potential that a large part of the population ignores.

Thus, in a study he conducted on a sample of Russian and American nationals, he found that almost 55 percent of people admitted that well-managed anger had helped them to improve their quality of life.

Below, you’ll see the benefits of this emotion people are so used to avoiding or hiding.

Anger leads to change, meaning it has a transformative power

Among all the emotions experienced by human beings, the one that drives you to activity, action, and transformation is anger. That’s its virtue, which is why you need to know what it’s communicating.

Anger appears when you feel contradiction, when you perceive an injustice, or when someone violates your rights, truth, or integrity.

This emotion doesn’t want you to be quiet, silent, or submissive. Engulfing anger day after day has consequences. Moreover, not talking about what hurts or bothers you ends up leading to inappropriate responses. Exploding at the wrong time with the wrong people, for example.

Anger demands that people take action in discrepancy, even though serenity is the right ally to do it with balance. Emotion gives you energy, but you must learn to manage it for it to play in your favor.

How can anger improve the quality of your relationships? Once again, you must remember what we mentioned above: this emotion informs you of what bothers, hurts, or harms you so you can change it. Anger doesn’t want you to contain it; it wants you to be active and ready to transform reality to improve your life.

Thus, you’ll feel better if you pay attention to the goal of this dimension. Thus, few things are more harmful in a relationship than staying silent about what bothers you or what you dislike. This is because pent-up anger makes you sick and keeps you captive. You need to manage it well and say what makes you angry, what you don’t want, and what contradicts your values in an assertive way.

Listen to your anger to get to know yourself better

If there’s one erroneous fact that popular psychology, which lacks a scientific basis, has led you to believe, is that emotions are either good or bad. The latter, such as sadness, anger, fear, and disappointment, are (according to this approach) realities you must avoid in order to prioritize the good ones, namely joy.

Assuming this leads to problematic states and makes you fall into emotional illiteracy, where you don’t tolerate and don’t know how to handle dimensions as relevant as anger itself. All emotions are valid and serve a purpose. This is why accepting their presence, tolerating them, understanding their message, and knowing how to manage them promote self-knowledge and personal growth.

As you can see, being able to decipher the message of anger will help you get to know yourself better. It’ll help you figure out your limits, what makes you angry, and what parts of it you must control or work on in your daily life. Anger has a transformative potential you must be aware of. Don’t leave for tomorrow the emotional task you can do today. This will improve your quality of life. 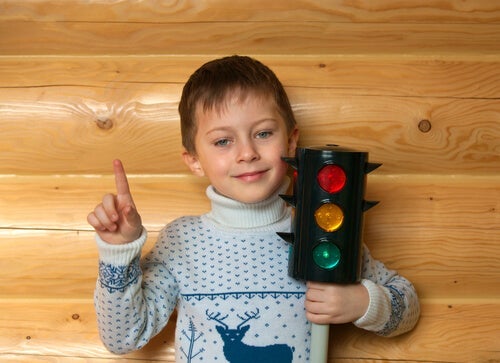 The Traffic Light System for Anger Management
The traffic light system is a tool to help kids deal with emotions. Children aged 4 to 10 can identify basic emotions but have trouble managing them.  Read more »

The post The Transformative Potential of Anger appeared first on Exploring your mind.

Tarzan Syndrome: from One Relationship to Another

Play Is Good for Your Mental Health