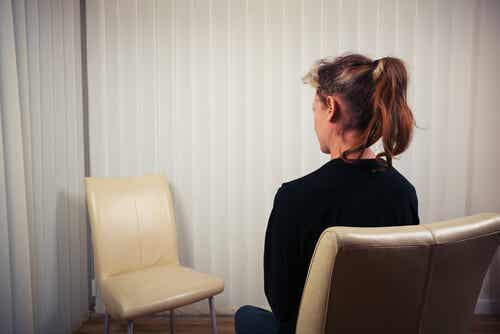 Psychodrama is a therapeutic derived technique, a set of techniques that center on the staging/dramatization of reality from a given standpoint. It seeks to encourage the expression of unexpressed, repressed, or poorly understood feelings to promote catharsis and behavioral change. Various ones are used for this purpose.

The elements to work on can be about memories and present and future events. Thus, it’s useful for all types of disorders ranging from depression, those included in the anxiogenic spectrum (such as TAG and OCD), eating disorders, and emotional management problems.

“The body remembers what the mind forgets.”

What’s the purpose of the techniques derived from psychodrama?

Psychodrama has several goals, including:

The goal of the techniques derived from psychodrama is for the subject, or lead character, as they’re usually referred to in this field, to not describe their conflicts verbally. It’s different from the usual way in which people share, manage, and think about their problems. The goal is to be more authentic and profound.

Psychodrama usually requires a group of performers as well as an audience, who functions as an affective sounding board in the performance. However, any performance can take place with fewer people. Monologues are a thing, in fact.

In a performance with more people, for instance, the representation of a partner can help understand the way other people act. Thus, the lead character acts according to their emotions and criteria, according to their subjective reality.

Psychodrama is also appropriate for many styles of people, including shy or withdrawn individuals. The lead can be reserved and unnatural. Therefore, it’s alright as long as nobody forces them into anything.

What’s really interesting about the techniques derived from psychodrama is one can attain insight, awareness, and understanding through the dramatization itself.

Neither the presence of a therapist nor the verbalizations they elaborate are necessary. Thus, one can access this insight spontaneously from that performance and not require external advice at all.

The soliloquy technique is for the character to express what they’re thinking and feeling before confronting a given situation. This situation may distress them in the present by making the future uncertain or because it’s distressed them in the past. It may be useful when receiving a call from their supervisor or when feeling fear of abandonment during an argument.

Similarly, the aside technique is useful to get in touch with what one thinks and feels before a certain event that isn’t usually manifested. One seeks to express out loud what one’s keeping silent out of fear or embarrassment by using this technique during a dialogue, confrontation, or discussion. It’s like a parenthesis that allows a person to get in touch with their reality.

This technique consists of representing a concrete situation you’re immersed in. It can be a conversation with a friend or a work meeting.

The point is for the lead character to play the role of the other, of the person with whom they’ve argued or who did them wrong. The protagonist has to understand the situation from the other perspective, and, thus, be able to generate other types of emotions to understand what led the other person to act the way they did.

Techniques derived from psychodrama – the lead character and the auxiliary ego

Some of these techniques require the presence of an auxiliary ego. This ego wants to make room for those forgotten aspects within the interactions. This is because they often contain valuable information.

The auxiliary ego stands behind the lead character in the doubling technique and verbalizes issues not expressed by the protagonist, as an extension of the discourse. They do so while the latter speaks.

Non-explicit issues are usually of a threatening nature, be it painful or semi-conscious. The ego returns alienated parts of themselves to the lead character. It takes them to more covert levels by manifesting issues it believes to be relevant.

There’s also an auxiliary ego in the mirroring technique but they don’t speak here. They mainly stand in front of the lead character and imitate their non-verbal behavior while they dramatize a situation. It includes gestures, positions, tics, and facial expressions.

The elements one usually considers relevant are the verbal ones a person expresses. However, nonverbal behavior also has meaning and can be much more informative than the message itself.

Psychodrama-derived techniques, such as an extra reality, allow the lead character to have another experience of something that happened. This reality seeks to undo the events as they happened. This is so the protagonist can experience them differently.

Experiencing situations that already occurred in the way one would like to have lived them can help understand the pain of certain situations. In addition, it can help them have another symbolic reality that can deepen that pain, while allowing it to heal.

A situation the person is afraid to live being them is posed in the technique of the substitute role. This is similar to role reversal. It can be a childhood memory, a session with their project managers, or the loss of a partner, among others.

It’s about living a childhood memory as someone else: a brother, cousin, or neighbor. The goal is to dramatize a loss of a partner as an onlooker, a friend who sees everything. It can help them emotionally detach from the situation and see it differently and more quietly in order to think, understand, and integrate.

Dramatization is, therefore, a good resource to reach catharsis and behavioral change through the understanding of one’s own feelings. It can’t only be useful to advance in the improvement of psychological disorders but also extremely helpful for those who want to rediscover themselves, unload emotionally, and connect with their feelings, sensations, and thoughts they once kept in the shadows. 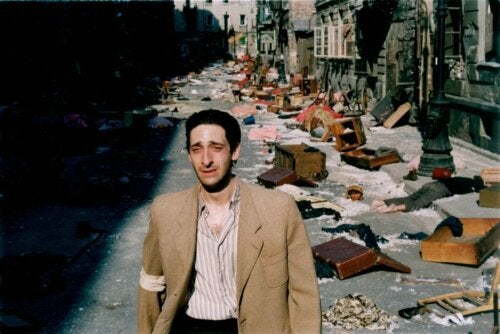 7 Psychological Dramas from the Big Screen
Psychological dramas challenge you and make you rethink important issues. They can even trigger some serious existential reflection. Read more »

The post Seven Techniques Derived from Psychodrama appeared first on Exploring your mind.