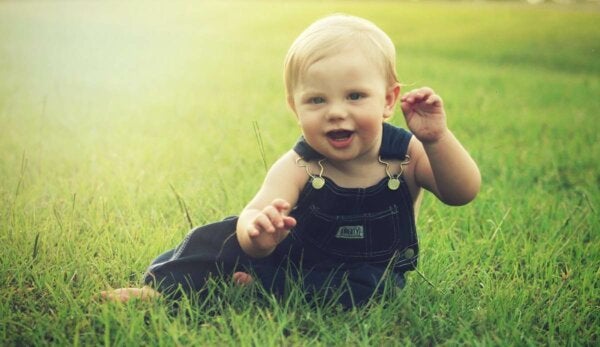 Is it possible to identify the smartest babies? Indeed, there seem to be some striking clues in some facts and processes. In fact, one of the most significant cases in recent years is that of Heidi Hankins. Tests assessed her with an IQ of 159, one point lower than that of Albert Einstein when she was four years old. However, this little girl from Wisconsin already revealed some interesting facts a few months after her birth.

Matthew Hankins, the child’s father, explained to psychologists that she was already trying to communicate a few weeks after her birth, although she obviously couldn’t verbalize anything yet. Heidi was already communicating with complete, well-articulated sentences before her first birthday. Furthermore, she was reading children’s books by the age of two.

As you can see, high intellectual competencies are evident in certain cases. However, the most intelligent children often aren’t visible for several years and this has a huge impact at the academic and emotional level.

“Don’t you make fun of me or my children! Some babies are premature. Mine were all postmature. That’s why they’re so smart. Their brains had longer to develop.”

How to identify the smartest babies

Society aspired to raise geniuses for a long time, rather than the need to be able to identify the smartest babies. There’s John Protzko’s study, for example. He’s a psychologist at the University of California who published a study in collaboration with his colleagues. Their intention was to demonstrate which processes in parenting could raise the intellectual competencies of children.

The data revealed it could be meaningful to supplement infants with long-chain polyunsaturated fatty acids. Enrolling them in early educational interventions was also positive. However, every child follows their own developmental process, so there are many individual differences.

While it’s always a good idea to provide every baby with a stimulating environment to develop their competencies, it’s also crucial to identify a highly capable baby early on. Currently, there are no specific tests for this purpose, only some strategies that help identify the most intelligent babies.

Reaches developmental milestones ahead of time.

The issue of percentiles in child development is somewhat controversial at times. Some children begin to say their first words before 12 months and others sometime later. These small gaps don’t always reveal either giftedness or mental retardation.

However, you must pay attention to those milestones that are remarkably out of the ordinary in order to identify the most intelligent babies. An example of this is they perfectly enunciate well-structured full sentences before their first year of age.

Likewise, it’s common for them to be able to sit up before three months of age or for their fine motor skills to be almost perfect before one year of age when it comes to psychomotor matters.

Sustained attention is the key to identifying the smartest babies

Indeed, this is another defining characteristic for identifying the smartest babies. For example, it’s common for parents with highly capable children to report that, when their little ones were five or six months old, they could stay focused on a task for a long time without wandering off.

Assembly games, for example, are the ones that most engage the interest of more intellectually advanced children.

Few babies enjoy being alone or even playing alone. However, some of them who are as young as nine or 12 months do enjoy moments of solitary play. They’re neither demanding and don’t show excessive attachment to their parents. In most cases, they easily entertain themselves with things that attract their attention, exploring new scenarios, stimuli, and games.

Parents shouldn’t reinforce this degree of early independence or preference for solitude though. This is because all children, especially those who demonstrate high competencies, need to spend time with their peers and socialize. One mustn’t neglect the development of social skills and proper emotional management.

To conclude, there’s only one more thing to emphasize. Every child is unique and exceptional and their talents, personality, and temperament are already evident a few weeks after birth. The most important thing is to be able to identify and respond to every need; highly gifted children are no exception. 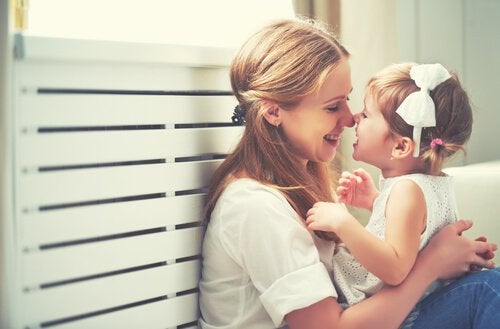 Children Need Emotional Intelligence
Being aware of their emotions helps children to control and regulate their reality, opening up the way for a multitude of positive experiences. Children need emotional intelligence Read more »

The post Are the Smartest Babies Easily Identifiable? appeared first on Exploring your mind.