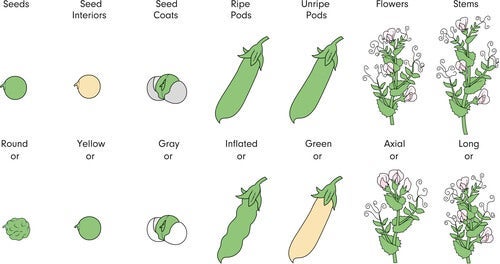 Did you know that, thanks to his groundbreaking laws of inheritance, the world considers Gregory Mendel the father of genetics? Believe it or not, this Austrian scientist based the laws on the results of his experiments with pea plants. In fact, inheritance is the process of how a child receives genetic information from the parent. The whole process of heredity depends upon inheritance.

Between 1856-1863, Mendel conducted hybridization experiments on garden peas. During that period, he chose some distinct characteristics of the peas. So, he conducted some cross-pollination/artificial pollination on the pea lines showing stable trait inheritance. Likewise, those underwent continuous self-pollination. Lastly, we consider such pea lines as true-breeding.

A brief history of the laws of inheritance

Gregor Mendel was an Austrian monk and scientist who lived in the 1800s. He was born on July 22, 1822, in Austria, now, Czech Republic, and died in 1884. He became a botanist, teacher, and Augustinian prelate. Most importantly, Mendel was the first person to lay the mathematical foundations of the science of genetics. We know this science as Mendelism.

It’s no surprise that the world now remembers him as the founder of modern genetics for his laws of inheritance. Believe it or not, he based them on the results of his experiments with pea plants. Although Mendel published his work, the world didn’t recognize it for its importance during his lifetime. In other words, only when they rediscovered his papers in the early 20th century, they discovered his brilliance.

Even scientists realized his findings applied to and explained many observed patterns of inheritance. The rest is history. Mendel and his pea plants come up a lot for anyone studying either biology or genetics. For example, Punnett squares. But the key principles of Mendelian inheritance break down into Mendel’s three laws of inheritance.

Firstly, Mendel experimented on a pea plant and considered seven main contrasting traits in the plants. Secondly, he conducted both experiments to determine the inheritance laws we mentioned before. Below, check out a brief explanation of the two experiments. But why exactly did Mendel use pea plants for his experiments?

Mendel conducted two main experiments to determine the laws of inheritance. While experimenting, he had a genius discovery. He found that certain factors were always transferred down to the offspring in a stable way. We now know these factors as genes. Most importantly, genes are the units of inheritance. Mendel’s brilliant experiments were:

In this experiment, Mendel took two pea plants of opposite traits and crossed them. For instance, one short and one tall. He found the first-generation offspring were tall. So, he called it F1 progeny. Secondly, he crossed F1 progeny. Therefore, he obtained both tall and short plants in the ratio 3:1. Want to learn much more about this experiment? Visit Monohybrid Cross.

Likewise, Mendel even conducted this experiment with other contrasting traits. For example, green peas versus yellow peas, round versus wrinkled, etcetera. However, in all the cases, he found that the results were similar. From this, he formulated the laws of Segregation and Dominance.

Likewise, in his second experiment, the dihybrid cross experiment, Mendel considered two traits. But each had two alleles. He crossed wrinkled-green seed and round-yellow seeds. So, he observed that all the first generation progeny (F1 progeny) were round-yellow. In other words, dominant traits were the round shape and yellow color.

He then self-pollinated the F1 progeny and obtained four different traits. For instance, wrinkled-yellow, round-yellow, wrinkled-green seeds, and round-green in the ratio 9:3:3:1.

After conducting for other traits, the results were found to be similar. From this experiment, Mendel formulated his second law of inheritance, the law of Independent Assortment.

Thanks to Mendel’s genius experiments, he came with three laws. The two experiments lead to the formulation of Mendel’s laws of inheritance like Law of Dominance, Law of Segregation, and the Law of Independent Assortment. Check out the conclusions from Mendel’s experiments:

Firstly, they also consider this law Mendel’s first law of inheritance. Therefore, according to the law of dominance, hybrid offspring will only inherit the dominant trait in the phenotype. They know suppressed alleles as recessive traits. However, we know the alleles that determine the trait as the dormant traits.

Likewise, Mendel’s law of segregation states that, during the production of gametes, two copies of each hereditary factor segregate. This means that offspring acquire one factor from each parent. In other words, allele (alternative form of the gene) pairs segregate during the formation of gamete. Plus, re-unite randomly during fertilization. We also know this as Mendel’s third law of inheritance.

Firstly, the world also knows this law as Mendel’s second law of inheritance. So, the law of independent assortment states that a pair of traits segregate independently. Of course, of another pair during gamete formation. As the individual heredity factors assort independently, different traits get equal opportunity to occur together.

Through his work on pea plants, Mendel discovered the fundamental laws of inheritance. He deduced that genes come in pairs. Most importantly, we inherit them as distinct units, one from each parent. Mendel tracked the segregation of parental genes and their appearance in the offspring. For example, of dominant or recessive traits. Check out some key points on Mendel’s laws of inheritance:

The genetic experiments Mendel did with pea plants took him eight years. He published his results in 1865. During this time, Mendel grew over 10,000 pea plants, keeping track of progeny number and type. But people didn’t appreciate Mendel’s work and his Laws of Inheritance in his time. Only in 1900, after the rediscovery of his Laws, did they truly understand his experimental results. 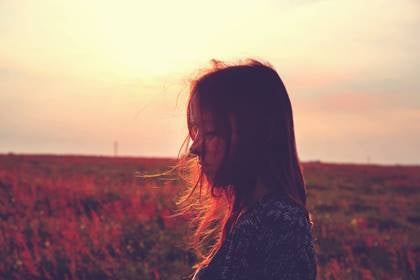 Pain and Hopelessness in Depression
Hopelessness in depression is a rather debilitating reality. It’s about absolute emptiness, the will to live fails, it becomes helplessness. Read more »

The post Mendel’s Groundbreaking Laws of Inheritance appeared first on Exploring your mind.