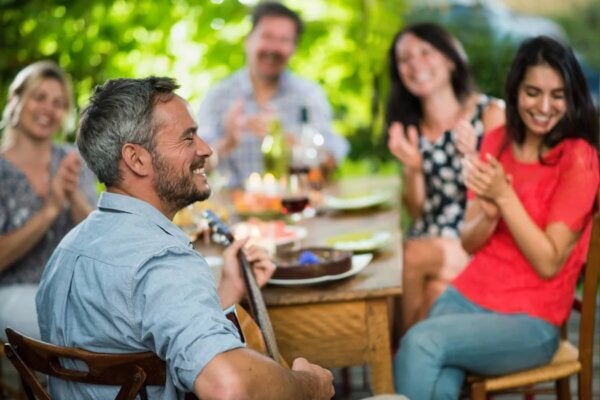 Do you think you tend to eat more with relaxing or stimulating music? Does music influence your choice of food? What does science say about this subject?

Music influences how you eat

Some studies state that music influences your behavior when eating, whether you’re in a restaurant or at home. In fact, it influences the speed at which you eat, the time you spend on each dish, and your overall experience.

Does relaxing music boost your appetite?

Researchers at the University of Arkansas studied how music influences people when they eat in a restaurant. For the study, they used four types of music: jazz, classical, rock, and hip-hop. They also took into account foods seen as emotional, such as chocolate, and non-emotional, such as peppers.

Their results showed that people had more appetite when they listened to jazz music while they ate. However, they had less appetite when listening to hip-hop. The researchers considered this has a lot to do with emotions. For instance, when you listen to music with harmonic rhythms (like jazz) you feel happier. This increases your appetite.

Or does relaxing music reduce your appetite?

Another study states the opposite. This study was conducted by researchers from Aarhus University (Denmark). It was published in the scientific journal Appetite. The study claims that listening to relaxing music makes you eat less. More specifically, listening to slower, softer melodies.

You eat more when you feel stimulated

However, another study published in Psychological Reports suggests it isn’t only increased appetite that causes people to eat more. Impulsivity or being in a rush to eat also plays a part. According to these researchers, a more stimuli-laden environment makes you eat more. In fact, they tend to spur you on to eat and even “encourage” you to eat faster. On the other hand, if the atmosphere in the restaurant is relaxed, you’re likely to feel more relaxed and spend more time enjoying yourself. For this reason, you’ll tend to eat less.

This could prove to be quite an interesting concept for restaurants. If they wish to increase how much their clients eat, for example, they should consider their choice of background music rather carefully.

Music influences your choice of food

Another study conducted by the Journal of the Academy of Marketing Sciences suggests that the volume of music can also have an effect on how you eat. More specifically, the study states that, with low-volume music, you eat better because you make healthier choices. On the other hand, the study claims that music at high volume increases stimulation and stress. This means you’re more likely to order comfort food or other unhealthy options.

You now know that your emotions are influenced by music, and that music influences how you eat. For this reason, perhaps restaurants should consider this fact when thinking about the optimization of their products and services. In fact, this has been suggested by Isidro Sánchez-Crespo, CEO of The Sensory Lab, a sensory marketing and audiovisual solutions company that specializes in this particular area.

Sanchez-Crespo confirms that “Many catering establishments have already taken action, equipping themselves with the technology needed to provide memorable experiences through music, greatly strengthening their relationship with the customer”.

Either way, it’s clear that music influences the way you eat. As the studies claim, music can make you eat more or less, faster or slower, and make healthier or unhealthier choices.

Indeed, although some of the studies are contradictory, the truth is that music affects your emotions, behavior, and mood. In turn, emotions often guide your behavior, and that behavior includes your eating habits.

“Music is the wine that fills the cup of silence.” 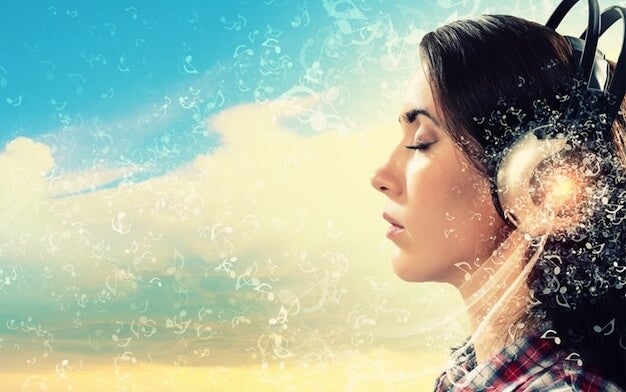 The post Music Influences How You Eat appeared first on Exploring your mind.

6 Basic Rules for Dealing With Your In-Laws