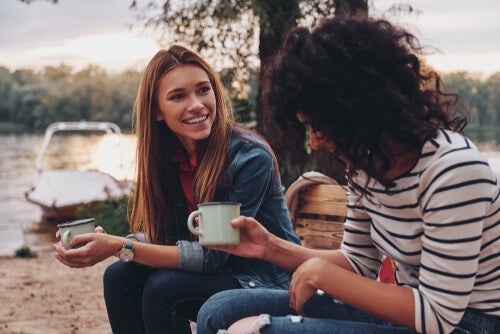 Are you having a hard time dealing with your in-laws? Do you have a disapproving or condescending mother-in-law? Got a father-in-law who’s a know-it-all? Sadly, we’ve all been there. But if you plan on staying with your spouse, then you’re also stuck with your in-laws. Thus, finding ways to get along with them is crucial. Don’t worry. Today’s expert advice will help you keep the peace with your extended family.

Lastly, you realize it won’t be easy at all to build new bridges. Most importantly, rebuild some bridges that were burnt sadly. But you also realize that it’s a valuable way to spend your time. The return you get on your investment will last the rest of your married life. Thus, check out these clever ideas to get you started dealing with them.

No candy before mealtime for the children? No loans for in-laws? With your spouse, decide what’s important and what’s not. For example, we let our children eat anything they want at any time. Want ice cream ten minutes before dinner? Fine by me, as long as you eat a reasonable dinner. But we’re really, really picky about schoolwork.

However, I don’t think it dawned on my children that there is a grade below “A”. So, working as a team, set your family values. Secondly, assertively communicate your values to your in-laws. But include all of your values and all of your spouses’ family members. Speaking of boundaries, don’t make promises that you can’t keep. This is pivotal.

Remember Neville Chamberlain, Hitler, and Poland? Believe it or not, trying to achieve peace in our time, British politico Chamberlain gave Poland to Hitler. For instance, as part of the British appeasement policy. Remember how well that worked? Hitler just kept right on seizing chunks of Europe. Placating people to keep the peace rarely solves the problem, especially if your in-laws are tyrants.

Firstly, children should never be used as pawns. Protect them from others manipulating or emotionally damaging them in the middle of a war zone. Therefore, grandparents need to understand that even though their role is vital in a child’s life, their involvement is a privilege, not a right. In other words, they must earn that privilege.

For example, by putting the children’s interests above their own. So, parents should make every effort to keep the relationship between a grandparent and grandchild healthy and loving. Likewise, you should keep your sense of humor. A very dear friend told me the following story:

When I was pregnant with my first child, my father-in-law bought me a special gift. My very own funeral plot. “Why a funeral plot?” I asked him. “Well,” he replied, “you might not make it through the birth and I thought you should be prepared”. So, I probably would have slugged the codger upside his head. But, my friend, in contrast, laughed and thanked him for his gift.

Work with your spouse to enforce boundaries

This is the key rule, as my wonderful husband reminded me last night. Dealing effectively with in-laws starts with first working through conflicts with your spouse. Most importantly, you need to remember that you’re in this together. Therefore, never put your spouse in an ugly situation where they have to choose. For instance, between you and a relative.

In fact, if you do so, you’re putting your spouse in a nearly impossible bind. On the other hand, try to understand the bond your spouse has with their family. For instance, grandparents, parents, and siblings. If possible, try to support that relationship. Even if your spouse has parents from hell, they’re their parents. Thus, enforce the boundaries and limits.

But without being as inflexible as a teenager, stick to your guns. For example, if you don’t want a drop-in company, tell them. In other words, simply inform your in-laws that you’d prefer that they call before showing up at your doorstep. If they ignore you, don’t answer the door the next time they just happen to drop by.

Firstly, your parents have to love you, it’s in the contract. But your in-laws don’t. So, accept the fact that they truly aren’t your parents. Likewise, they won’t follow the same rules. Try to think “different,” not “better” or “worse”. Therefore, to make this work, give in on small points and negotiate the key issues. Learn to see the situation from their own point of view. Even if you don’t agree, act like a big person.

For example, I hate pork. I never eat it and I rarely cook it. Nonetheless, for years, my mother-in-law would make a pork roast when we came to her house for dinner. After wallowing in pork one night, I came to a conclusion. I saw that she was trying to please her poor pork-deprived son. Consequently, I learned to have a salad before we ate at her house.

My husband porked up in peace and the only one to suffer was Babe, the poor porker. Most importantly, get with the program. Not every father-in-law lives to snake out your kitchen sink. Likewise, not every mother-in-law dreams of baking cookies with her grandchildren. Thus, say goodbye to stereotypes and adjust your thinking to the reality of the situation. Don’t expect what people can’t deliver.

Therefore, whenever possible, avoid communicating through a third party. Don’t ask your spouse to talk to their sister about something she did that hurt your feelings. Talk to your sister-in-law directly. If something bothers you, address it as soon as possible. Sometimes it’s a genuine problem. But, other times, it might be a misunderstanding. My friend Tori married into a family whose members were born in Germany.

So, every time a family member went into the kitchen, they shut the door and often left Tori out. For years, she stewed over the situation. Lastly, she got up the courage to ask her mother-in-law why she closed the kitchen door. “Why, to keep in the heat,” she answered. “We always did that in Germany.” In other words, closing the kitchen door had nothing to do with Tori.

It was a silly cultural misunderstanding that caused years of distress for her. But neither her in-laws nor she ever realized it. It’s also utterly important to know yourself. Shakespeare said it a zillion years ago. Plus, the advice still holds today. Don’t try to remake yourself into the person your in-laws want.

For example, what if they’re looking for a little Susie Homemaker? But you work as a high-powered corporate attorney? You’re under no obligation on your day off to bake Swedish rye bread. So, as usual, get a manicure and call for some take-out instead.

Learn to cool off

Sadly, many people tend to jump in where angels fear to tread. So, it’s always headfirst, too. Fortunately, my husband is far more level-headed. Many times, the best thing to do is nothing. Time heals many wounds. While we’re at it, play nice and spare your in-laws the insults and character attacks. For example, Jack’s father-in-law once called his son a knee-jerk liberal.

“I had it on the tip of my tongue to call him a “bloody fascist,” Jack said. “Fortunately, I bit my tongue-even though he really is a fascist.” Likewise, try embracing kindness. Even if you have to grit your teeth, try to say something nice. If you really can’t say anything nice, just shut up and smile.

In short, we hope these six brilliant rules truly help you deal with your in-laws. Perhaps you’ll also learn to maintain peaceful family relationships. Most importantly, keep your cool and your sense of humor.


Keys for Learning to Listen
In order to interact authentically and empathically with other people, learning to listen is of extreme importance. Learn more with us! Read more »

The post 6 Basic Rules for Dealing With Your In-Laws appeared first on Exploring your mind.

Music Influences How You Eat