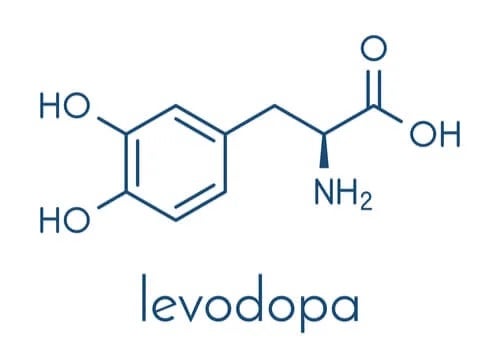 Levodopa, or L-Dopa, is the metabolic precursor to dopamine. It treats dopaminergic deficiency. This is one of the main symptoms of Parkinson’s disease. Doctors usually prescribe it in combination with the compound of carbidopa. This is because the combination of the two compounds provides better results than levodopa alone. In fact, it achieves better and longer-lasting plasma concentrations.

Sinemet is a drug brand that combines these two compounds. It comes in varying formats and strengths. These depend on the different combination levels of the two compounds and the way in which it’s released into the body.

Doctors also combine other compounds with levodopa to improve its effectiveness. One such compound is benserazide. Madopar is an example of a commercial brand of benserazide and levodopa.

The uses of levodopa

Doctors use levodopa to reduce the symptoms of Parkinson’s disease. These symptoms arise due to decreased dopamine in the striatum of the brain. Therefore, by increasing levels of this neurotransmitter, symptoms reduce.

The symptoms this drug reduces the most are bradykinesia and stiffness. It also improves others such as:

Dopamine controls the response messages that are responsible for muscle movement in certain areas of the brain. For this reason, when dopamine levels are low, patients experience difficulty moving.

As we mentioned above, levodopa is the metabolic precursor to dopamine. Nevertheless, instead of directly administering dopamine, doctors prescribe levodopa. This is because dopamine can’t cross the blood-brain barrier and, thus, is unable to reach its place of action. However, levodopa can cross the blood-brain barrier and, once in the brain, it’s converted into dopamine. This transformation is known as decarboxylation. It takes place thanks to the action of an enzyme called dopa decarboxylase.

Dopamine works by directly stimulating type 1 and type 2 dopaminergic receptors. It’s released into the synaptic space and subsequently recaptured by the dopaminergic neuron through the dopamine transporter (DAT) and stored for later release.

Doctors usually prescribe levodopa with a peripheral-acting dopa decarboxylase enzyme inhibitor. These compounds prevent levodopa from being converted into dopamine in the extracerebral tissues. Therefore, it ensures that more dopamine reaches the brain.

Furthermore, these compounds reduce the necessary dose of levodopa. Consequently, this reduces any associated gastrointestinal and cardiovascular side-effects of the drug. In addition, if not enough dopamine is produced in the extracerebral tissues, there won’t be so many side-effects in these areas either.

As we mentioned earlier, some examples of dopa decarboxylase inhibitors include carbidopa and benserazide. Another drug that doctors use in combination with levodopa is entacapone. Entacapone is a catechol-o-methyltransferase inhibitor. This is the enzyme that transforms levodopa into a harmful metabolite. Therefore, its inhibition increases and prolongs the clinical response to levodopa.

The side effects of levodopa

The most common side effects of levodopa are caused by the activity of dopamine in the brain. Doctors adjust the dosage according to each individual patient’s needs. Their goal is to achieve the maximum effects with minimum side effects.

The most common side effects of levodopa are dyskinesia and nausea. Dyskinesias are involuntary movements. Choreiform movements, dystonia, and other movements can also occur. If the patient experiences muscle twitching and blepharospasm, the doctor should consider adjusting their dosage. Other side effects that may occur include:

The doctors will adapt each patient’s treatment according to what stage of the disease they’re in. They’ll also consider any associated medical and social conditions. In fact, they might also suggest non-pharmacological treatments in the form of neurostimulation, psychotherapy, and physiotherapy, etc. 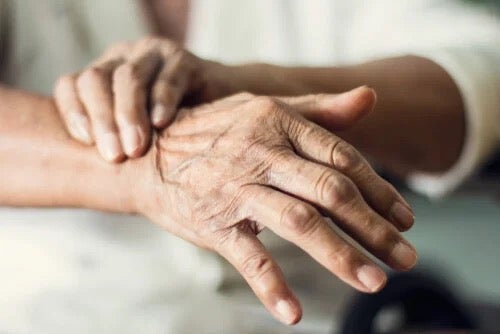 Parkinson’s Disease: Diagnosis and Treatments
Sufferers of Parkinson’s disease experience both motor and non-motor symptoms. This article looks at the disease and some of its treatments. Read more »

The post Levodopa: The Drug of Choice for Parkinson’s Disease appeared first on Exploring your mind.

Some Curious Facts About Twins