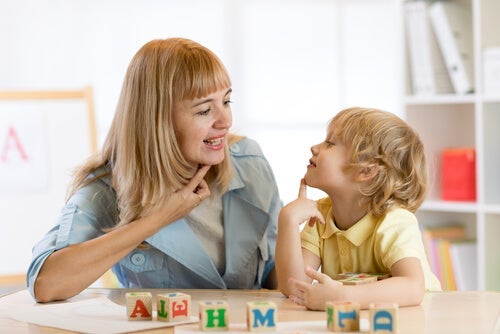 Dr. Walter C. Langer was an American psychoanalyst who was best known for writing a psychological study of Adolf Hitler. He wrote this secret pivotal study for the Office of Strategic Services (OSS) during WWII. The Mind of Adolf Hitler: The Secret Wartime Report became a best-seller in 1972.

Dr. Langer’s profile, written in 1943, concluded that Hitler was “probably a neurotic psychopath bordering on schizophrenia”. Dr. Langer accurately predicted that as Germany began to lose the war, Hitler would “become more and more neurotic” and probably take his own life.

When people published his work in the 70s, it received mixed reviews. Historians of the behavioral school thought its seminal work in combining history and psychology. Believe it or not, traditional historians also attacked it as having little practical use.

Dr. C. Langer’s brother, the late Harvard diplomatic historian Dr. William L. Langer, brought his brother to the OSS. After all, he was a high official in the OSS and in the CIA later on. He introduced him to OSS Director William Donovan. In fact, he convinced Donovan of the need for psychoanalytic profiles of enemy leaders during the war.

Before the war, they wrote a diplomatic history of Europe using psychoanalytic tools. Rudolph Langer was chairman of the mathematics department at the UW. Walter served with the Army in France during WWI. In 1923, he graduated from Harvard University, later earning his master’s and doctoral degrees there.

“In spite of everything, I still believe that people are really good at heart.”

The man who helped Sigmund Freud escape the Nazi regime

Walter C. Langer was born on February 5, 1899, in South Boston to Charles Rudolph and Johanna Rockenbach, recent German immigrants. As we mentioned above, he had three brothers. The family later moved when Charles bought a florist shop. After their father died in 1899, the family lost all their savings.

To help support the family, Walter C. Langer worked at a grocery store while going to school. Just after two years of high school, Walter dropped out and got a full-time job as an apprentice electrician. When the family moved to Cambridge, he went to Rindge Technical High School to finish out his education.

Thanks to his genius, he was later accepted at the Massachusetts Institute of Technology. During World War I, he served in the military for two years. After his discharge in 1919, he pursued the psychology field.

Walter C. Langer also attended Harvard University, graduating the same year as his brother. He kept studying at Harvard until attaining his coveted Ph.D. in Psychology. Since he was a brilliant scholar, he wanted to learn much more about the world. The same year, he traveled to pursue studies in psychoanalysis in Vienna, Austria.

There, he studied under Anna Freud, the daughter of the discipline’s greatest name, Dr. Sigmund Freud. Langer also saw Sigmund regularly during this time in Vienna, they studied together. He even accompanied him on his trip into exile in 1938. In addition to Sigmund Freud, Langer helped many Jewish scientists and Anti-Nazi activists escape.

He also helped them obtain visas for many Austrian analysts and transported small groups of refugees to the Swiss border. It was an overwhelming time for everyone. Who doesn’t remember Anne Frank’s compelling story? Dr. Langer practiced psychoanalysis, his true calling, from the 1930s until 1960.

The genius behind the psychological report

While at war, he viewed an array of body language and contextual actions of people around him. This experience boosted his interest in interpreting and analyzing others. It’s his time serving his country that truly sparked his interest and guided him. After his discharge from the services in 1919, he studied psychology and behaviorism at Harvard.

Within this analysis, Walter C. Langer successfully predicted Hitler’s suicide as the “most plausible outcome”. The brilliant report also effectively predicted the possibility of a military coup against Hitler well before the 1944 assassination attempt.

Though this publication on Adolf Hitler is Langer’s most notable work, he has also produced writings like Psychology and Human Living. He also wrote and published other controversial pieces such as Dissecting the Hitler Mind.

Walter C. Langer’s report used many sources to profile Hitler, including a number of informants. These informants were:

They also used a Hitler Source Book which ran over one thousand pages. This groundbreaking study was the pioneer of Offender profiling and political psychology. Today it’s commonly used by many countries as part of assessing international relations.

In addition to predicting that if defeat for Germany was near, Hitler would most likely choose suicide. Langer’s report stated that Hitler was probably impotent. There was also the possibility that the psychopath ruler had a homosexual relationship. The belief in Hitler’s homosexuality was probably due to his feminine characteristics.

Besides, there were many homosexuals in the Party during the early days who had important positions. This alone, however, isn’t proof enough of his homosexuality. The report also concluded that Hitler loved pornography and masochistic sex. In addition, that he had “coprophagic tendencies or their milder manifestations” in his relationships.

According to Walter C. Langer’s introduction to the 1972 publication, he and his fellow investigators made a preliminary conclusion. They masterfully took this conclusion from a “survey of the raw material”. The team also analyzed “knowledge of Hitler’s actions as reported in the news”.

Thus, concluding that Adolf Hitler was, in all probability, a neurotic psychopath, a hysteric bordering on schizophrenia. This was a general, unanimous agreement among the collaborators, including psychoanalysts who perfectly knew the material.  Bear in mind that “psychopath doesn’t mean paranoia, as many frequently suppose.

The mind of Adolf Hitler

As mentioned above, The Mind of Adolf Hitler: The Secret Wartime Report was published in 1972. This intriguing book, which became a best-seller, is based on a WWII report by psychoanalyst Walter C. Langer. He prepared this pivotal report on Hitler’s psychology for the OSS in 1943.

He also wrote A Psychological Analysis of Adolf Hitler: His Life and Legend, which perfectly assesses Hitler’s personality. Both made several predictions about Hitler’s future, proving its accuracy:

Though it had mixed reviews, psychoanalyst Walter C. Langer’s report on Hitler is pretty accurate. It helped put psychology on the map in American culture. Despite controversies, the profile influenced the field of profiling political leaders.

CIA’s Center for the Analysis of Personality and Political Behavior, directed by Post, used Langer as an influence. As you can see, leader personality research and psychobiography still interest agencies and the public.


Dyslalia: Characteristics, Types, and Treatments
Dyslalia is a language disorder that occurs in childhood. This article explains why it occurs, the different types, and its treatment. Read more »

The post Psychoanalyst Walter C. Langer and the Mental Study of Hitler appeared first on Exploring your mind.