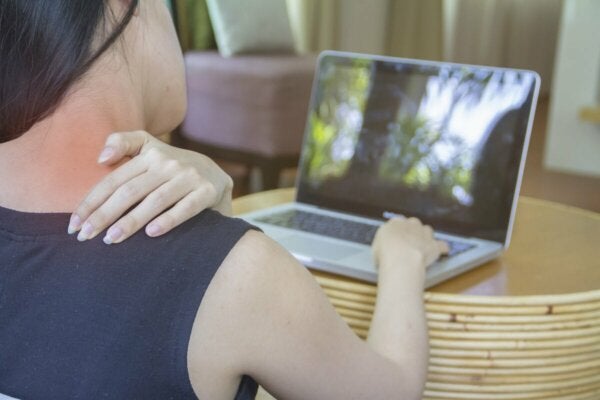 So-called “technological diseases” are on the rise. Tech-neck is one of them. This is because the use of new technologies is becoming increasingly more common in people’s daily routine. Practically everyone uses cell phones, laptops, and tablets every day, be it for work or leisure and fun. The thing is that few people use them correctly.

According to a study published by CBS News, people spend an average of two to four hours with their necks bent, due to the use of this type of electronic device. This is equivalent to 700-1400 hours a year and leads to syndromes such as tech-neck. What exactly is it? What are its symptoms? What causes it? Continue reading to find out.

“Anybody have plans to stare at their phone somewhere exciting this weekend?”

What’s tech-neck? What causes it?

This syndrome also appears when you spend many hours looking at the cell phone (you don’t have to be texting). When you consult news or social media, for example. As you can see, it’s the result of poor posture and bad habits.

The symptoms of tech-neck

As you can see, tech-neck derives from the recurrent inclination of the neck when seeing cell phones (or other similar devices). It’s a practice that can cause real physical discomfort. Thus, the most characteristic symptoms of tech-neck are cervical pain and stiffness, poor posture, headaches, and a sore back.

It can also cause other conditions, such as tendinopathy or tendonitis (a tendon disorder that causes the kind of pain that worsens with movement, as well as inflammation and deterioration of the tendon’s function). Thus, this disorder can cause dysfunctions in the neuromusculoskeletal system.

The joint alignment may alter if the spinal column doesn’t work properly and cause disorders such as disc herniation, cervical spondylosis, and contractures, among symptoms.

Beyond tech-neck, the overuse of the thumb can lead to joint stress and produce two other types of ailments:

Many of these therapists have warned of the large wave of tech-neck syndromes they’re seeing lately in their offices. For instance, Monica Rodriguez, a physiotherapist, explains that increasingly more people are seeking consultations for this reason (and for other technological diseases derived from prolonged and inadequate use of smartphones, tablets, laptops, and computers in general).

Experts recommend the following tips to prevent the appearance of this and other technology-related diseases:

Daily habits greatly affect health. As you’ve seen, simple things such as using your cell phone can be bad for you both physiologically and psychologically. For example, one of the symptoms of tech-neck is chronic headaches.

Logically, you can prevent tech-neck and other “technological diseases” if you follow some of the tips we mentioned above. Also, you must reduce the time you use these types of devices.

If you already developed the syndrome, it’s best to consult a physical therapist. They can help you recover your physical and mental well-being. 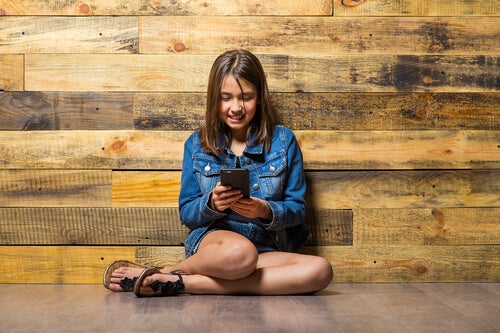 How to Make Children Use Technology Responsibly
When we were children, the new technology we have nowadays were not around. At least it didn’t play the leading role it does now. Read more »

The post The Causes of Tech-Neck and How to Avoid It appeared first on Exploring your mind.

How to Find Your True Vocation When Nothing Excites You