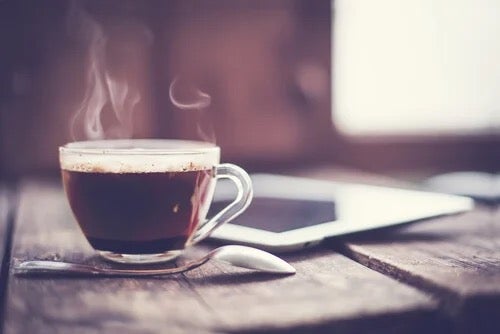 Some people just can’t start their day without a cup of coffee. In fact, sometimes, smelling it makes you feel more alert. Of course, not just the smell causes pleasure but the taste as well. What exactly are the effects of caffeine on your brain?  Furthermore, why are some people more sensitive to caffeine than others?

At a chemical level, caffeine blocks adenosine. That’s a substance that makes you feel tired. Hence, when you drink coffee, it wakes you up. However, the caffeine in coffee and lightly modified tea and cocoa not only wakes you up. In fact, it also improves your mood.

Caffeine is considered a drug. You can become addicted to it. At the neurobiological level, it changes your state of consciousness. Furthermore, it can alter certain thoughts and actions. When you drink it in moderation, it doesn’t pose any serious health risks.

Although most people drink coffee for pure pleasure, others do so for different reasons. Some of them are:

You can use caffeine safely in small doses. However, if you’re going to use it for any medical reason, it’s best to consult a doctor first.

How does caffeine affect your brain?

Caffeine is a stimulant and has different effects on your brain. It affects your cognitive processing abilities. However, it also affects you psychologically.

Caffeine blocks the adenosine receptors. It’s also connected to other neurotransmitters such as dopamine, norepinephrine, and acetylcholine. These neurotransmitters are generally involved in cognition and emotions.

The effects of caffeine on cognition and mental performance

However, it isn’t a good idea to use caffeine to improve your mental performance. In fact, no studies suggest that it makes any significant difference. Furthermore, once you reach a certain limit of caffeine intake, your cognitive abilities won’t improve any further. Add to that the anxiety you might suffer, coupled with the withdrawal symptoms if you exceed a certain amount.

On the other hand, caffeine can also produce a placebo effect. For instance, say a coffee drinker expects to see some increase in their performance but it doesn’t happen. They’ll then make an extra effort to achieve that improved performance. Therefore, they’ll end up with the performance they wanted in the first place.

The effects of caffeine on your mood

As we mentioned above, caffeine makes you more alert. In fact, it’s that feeling of alertness that a lot of people like. Indeed, some people claim that, under the influence of caffeine, they feel a better sense of accomplishment in any tasks they have to carry out.

However, just as with other stimulating substances, caffeine tends to produce the secondary effect of anxiety. In fact, this effect could counteract any improvement in mood caused by the consumption of caffeine.

Generally, it seems that caffeine’s effects are directly linked to expectations. In other words, it affects your mood more or less in the way you actually expect it to.

For some clinical and research professionals, the greatest positive effect that caffeine has on you isn’t in counteracting tiredness. Instead, what they see as most advantageous is the fact that, if you haven’t had any caffeine for a while, taking some relieves any possible withdrawal symptoms you might have.

However, this opinion hasn’t been scientifically validated. Furthermore, experience indicates that caffeine improves your mood. 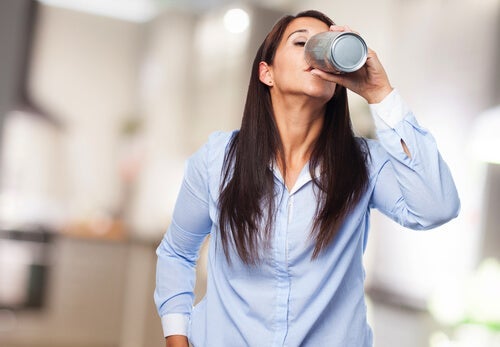 The Effects of Stimulating Drinks on the Human Brain
Stimulating drinks have effects on the human brain that can be positive with moderate consumption, but could become dangerous. Read more »

The post The Effects of Caffeine on Your Brain appeared first on Exploring your mind.

Is Having Sex with Your Eyes Closed Significant?