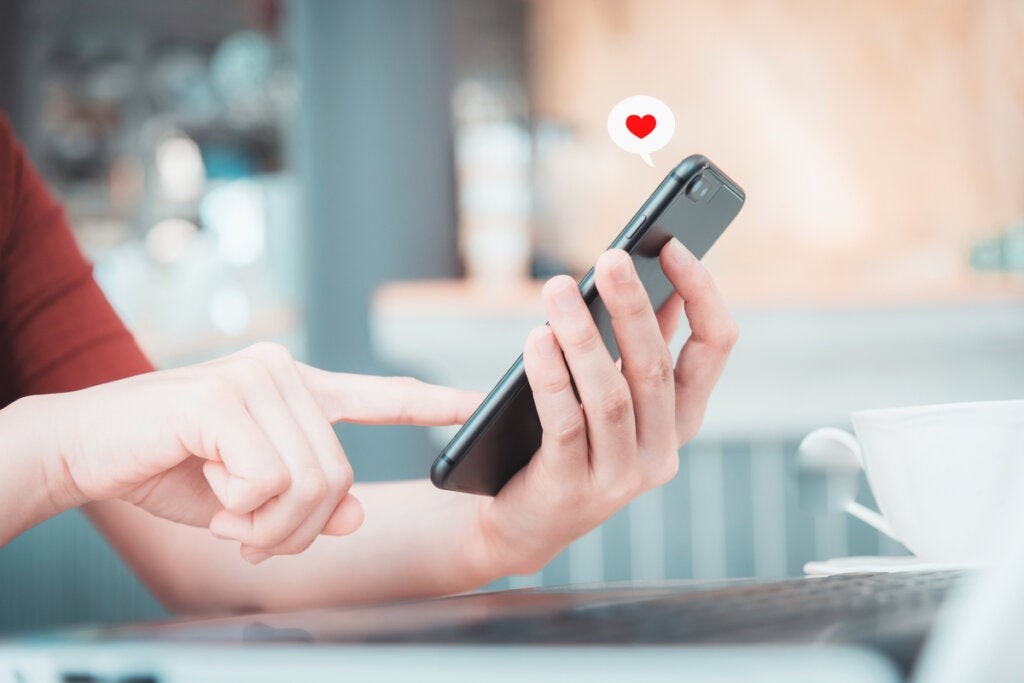 Would you dare to express yourself in your work in the same way that you do on social media? Probably not. Furthermore, you probably wouldn’t want your boss to be able to access certain content that you share on your Facebook profile. However, why is it that you say certain things online that you wouldn’t ever do in real life? The answer lies in the online disinhibition effect.

Since the arrival of the Internet and social media, the way you communicate has changed. On the one hand, this is positive, since it eliminates the barriers of distance and time, making communication both simpler and cheaper. However, there’s another darker side.

Often, you behave on the Internet in a different way than you would when talking to someone face-to-face. Indeed, on social media, it’s common for you to put aside certain fears and communicate more openly. This is known as the online disinhibition effect. However, it’s nothing new.

As a matter of fact, this term was first used in an article written by psychologist, John Suler, in 2004. In this article, he explained the online disinhibition effect as a communication phenomenon associated with the Internet. It concerns the fact that, when you’re behind a screen, you tend to become more expressive and impulsive.

In other words, you feel braver and uninhibited. Consequently, this affects what you say and how you say it. However, while expressiveness is often seen as a quality, it can also have a downside.

Causes of the online disinhibition effect

According to Suler, there are at least six factors that participate in this communicative phenomenon. In some people, two of these variables are enough to produce disinhibition. However, in most cases, they’re all present and interact with each other. As a result, the effect is maximized. Here are the six contributory factors:

One of the main characteristics of the Internet is the possibility of interacting anonymously in different spaces. In fact, all you need to do is create a username or email. Furthermore, your actions are unlikely to be related in any way to the “real” you.

In this sense, the anonymity of the Internet produces a dissociation of the self. For example, on the one hand, there’s your identity that interacts with the real world. On the other hand, there’s your anonymous Internet identity. Thus, you may well find yourself saying things with your “anonymous self” that you’d never say as your “real self”.

When you’re surfing the net, you feel like no one is looking at you, even when you’re talking to others. There’s no eye contact or body language in these communicative situations. This creates the feeling of “invisibility.” Therefore, you feel more willing to express yourself or act in ways that you wouldn’t in any other context.

When sending a message to someone else you don’t feel obliged to respond to their reply immediately. In fact, you can decide to ignore it for hours, days, weeks, or even months, if you want to. This means that you don’t have to deal with their reactions in real-time, which magnifies the online disinhibition effect.

For example, if you make a negative comment about a person’s appearance in real life, the other person may well respond right away. They might get angry about what you said or feel hurt, and you’d have to respond straight away.  Contrary to this, on social media, you have the option to ignore the message until you feel ready to respond.

The lack of eye contact means you have to recreate a mental image of the other with whom you’re communicating. In other words, you give that username a face and assign a voice to it. Hence, you have mental conversations with this “imaginary person” and introject their ideas.

You feel more uninhibited because you have the illusion that these exchanges are only happening in your mind. That’s because you often fantasize about situations and conversations in your head that don’t actually happen. Therefore, you feel that your thoughts are a safe space where you can express your wishes that you don’t want to reveal.

On the web, but more especially on social media, the social status of people in real life loses some of its relevance. Indeed, it’s common to see people writing messages to celebrities or political figures as if they know them personally. The motivation behind this behavior is the effect of online disinhibition, thanks to the minimization of authority.

Within virtual spaces, a president can be seen as nothing more than another name among thousands. Therefore, the illusion exists that there are no authorities or hierarchies. For this reason, it’s possible to act with total impunity. 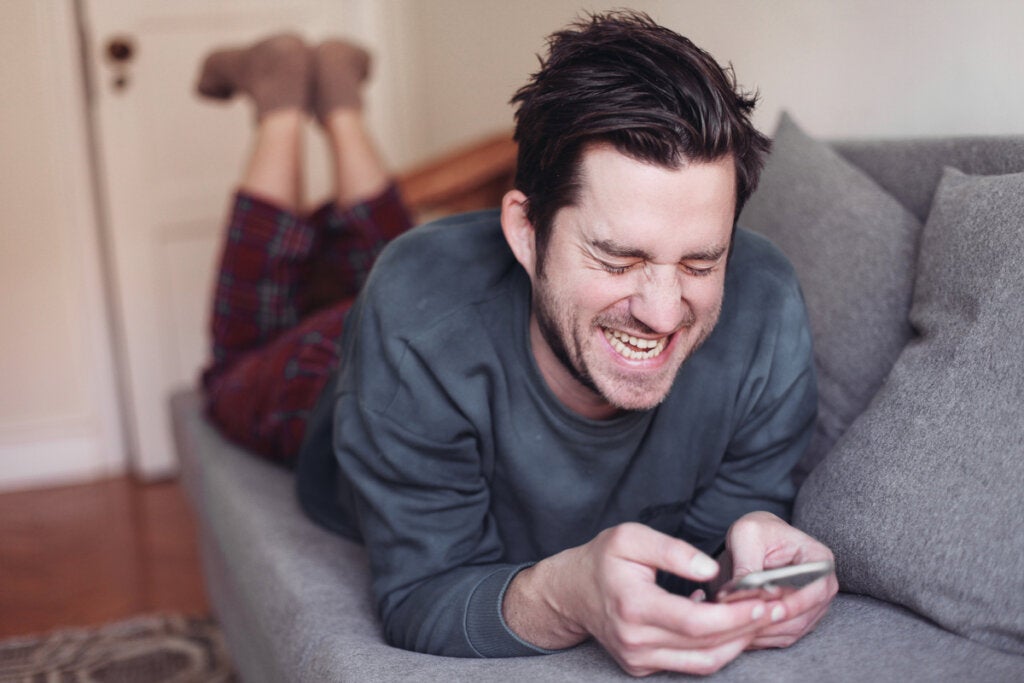 We mentioned earlier how digital anonymity can produce a kind of dissociation in your identity. Following along the same lines, it’s possible that this effect is also produced about the world. In fact, it’s common to read the terms “virtual space” or “digital world” to talk about platforms found on the web.

Therefore, you could come to the conclusion that the internet is another world or place where you can express yourself exactly as you wish. In fact, social simulation games like The Sims or Second Life can be taken as examples of this phenomenon. In these environments, you can create characters that live in fantasy worlds and allow you to have a “second life.”

Is the online disinhibition effect positive or negative?

Is it a good or bad thing that you tend to be more open with your emotions online? Actually, there’s no simple answer to this. First, you must remember that the concepts of “good” or “bad” are different for each individual. Apart from this, as a human being you’re extremely complex, so classifying your behavior as positive or negative is complicated.

In this same sense, the effect of online disinhibition can have a positive or negative influence on people. Lapidot-Lefler and Barak (2012) conducted a study concerning negative behaviors related to this phenomenon. Their research suggests that lack of eye contact, invisibility, and anonymity drive negative behaviors like sending insults and threats.

On the other hand, a study conducted by Lapidot-Lefler & Barak in 2015, revealed that these same factors can promote positive actions such as sharing emotions and honesty. For this reason, it can’t be claimed that the online disinhibition effect is either a totally negative or positive phenomenon.

Taking into account the above, we can conclude that the influence this phenomenon exerts is very much dependent on the individual. Because, at the end of the day, we all possess positive and negative traits. What defines us is how we decide to act in each different situation we encounter.

The online disinhibition effect suggests that we reveal aspects of ourselves that we might never otherwise share.

The Pathological Distance Between How We Feel and What We Share on Social Media
Sometime there’s a pathological distance between how you feel and what you share on social media, which can cause anxiety. Read more »

The post The Online Disinhibition Effect: Being Braver Online Than in Real Life appeared first on Exploring your mind.