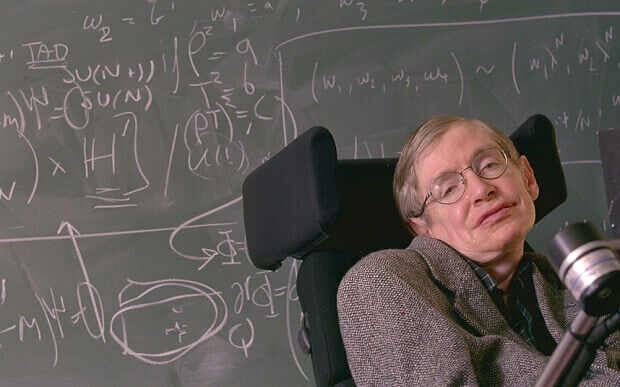 The first symptoms of ALS often appear before the age of 40. The incidence of this condition is higher in men, although many women also suffer from this degenerative disease. The most striking thing about this neurological condition is that in most cases it arises at random and without predetermined risk factors. Indeed, it appears to be a Russian roulette that affects two out of every 100,000 people.

When we talk about amyotrophic lateral sclerosis, the case that tends to come to mind is Stephen Hawking. In fact, he exceeded all the usual expectations regarding the life expectancy of a patient with this condition. Because, on average, a patient with ALS will usually live between three and ten years after the disease is diagnosed.

However, Hawking was diagnosed at age 21 and lived until he was 76. In 2002,  Kings College, London compiled an article concerning some of the factors that contributed to this apparent miracle. In fact, they claimed that the younger a patient is, the slower the disease progresses. Furthermore, on average, it’s not at all common for ALS to appear so early.

In addition, factors such as a careful diet and intensive physiotherapy also improve the quality of life for sufferers for years. For this reason, patients and family members of sufferers are keen for more resources to be made available for dealing with this disease, as well as more personalized care.

We shouldn’t forget that an ALS sufferer never loses their mental faculties. They simply become trapped in an increasingly weak, painful, and dependent body. This means that the only hope of progress in treatment for this illness is science.

The symptoms of ALS

Amyotrophic lateral sclerosis (ALS) defines a type of neurological disease (rare) that’s linked to the higher motor neurons responsible for regulating movement. The areas affected are those as basic as being able to walk, speak, chew, and carry out any type of voluntary movement, etc.

ALS is a degenerative, progressive, and life-threatening condition for which there’s no treatment. There are strategies to slow down its progress, but to this day, scientists don’t know how to prevent those nerve cells from degenerating and dying. Therefore, the brain permanently stops communicating with the muscles, leading to conditions of extreme weakness and absolute dependence.

As we mentioned earlier, it isn’t yet known what factors promote the appearance of ALS. However, experimental research has been conducted. One such study was conducted by Wim Robberecht and Thomas Philips. It claimed that there’s a possible mutation of some proteins or frontotemporal dementia.

We do know that between five and ten percent of cases have a genetic origin. Therefore, having a close relative with this disease can increase the risk of suffering from it. Nevertheless, this isn’t decisive. The remaining 90 percent suffer from what’s known as sporadic ALS. In other words, it occurs randomly and for no apparent reason.

Let’s take a look at the symptoms of ALS.

Weakness of the hand or arm

Having problems supporting weight with the arms, not being able to unlock a door, problems writing a message on the mobile phone, getting dressed … One of the first characteristics of this disease is the feeling that the hands are weaker and clumsier. They’re not as functional as usual and often fail.

Being clumsier, stumbling, losing their balance…

Patients with ALS rarely associate their sudden clumsiness with this particular disease. They may simply think they’re lacking vitamins or need to take better care of themselves. However, little by little they become aware that there’s something wrong. Because it’s simply not normal to suddenly start stumbling so many times. In addition, they often find that the act of walking becomes uncomfortable because they’re less flexible. In fact, it’s as if their legs were made of wood.

The bulbar onset defines one of the first symptoms of ALS. These are difficulties in speaking (dysarthria) and swallowing (dysphagia). It should be noted that this characteristic is usually more common in women. Naturally, it causes high anguish both for the person themselves and for the people around them, since they require external help in feeding.

In addition, their voice becomes tense, hoarse and they experience serious difficulties in articulating clear messages. A fact that supposes a serious impact.

Fasciculations define those situations in which the person experiences involuntary muscle contractions. They can be seen even under the skin. They’re like sudden nerve discharges located in a specific muscle region. They can affect the arms, legs, and even the tongue.

The anguish of cramps and bad nightly rest

Another symptom of ALS is intense cramps that are sudden, painful, and distressing. So much so that the sufferer’s nightly rest loses its quality. Fortunately, with the proper medication, this feature can be improved.

One of the most striking and annoying characteristics for the patient is the difficulty of controlling salivation. This becomes excessive and annoying. However, it should be noted that there are also drugs to control this situation.

To conclude, the symptoms of amyotrophic lateral sclerosis usually always appear with these factors. The most debilitating thing is that, despite being able to alleviate some situations with pharmacological and physiotherapeutic treatments, the progress of this disease is unstoppable.

Fortunately, there’s an ongoing crusade to find a strategy to reverse or eradicate this illness. Science never stops. No doubt, its continued efforts will end up giving hope at some point. With any luck, it’ll be sooner rather than later. 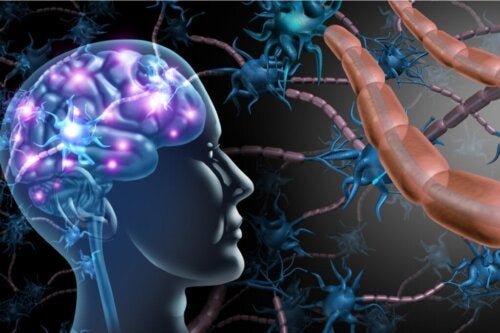