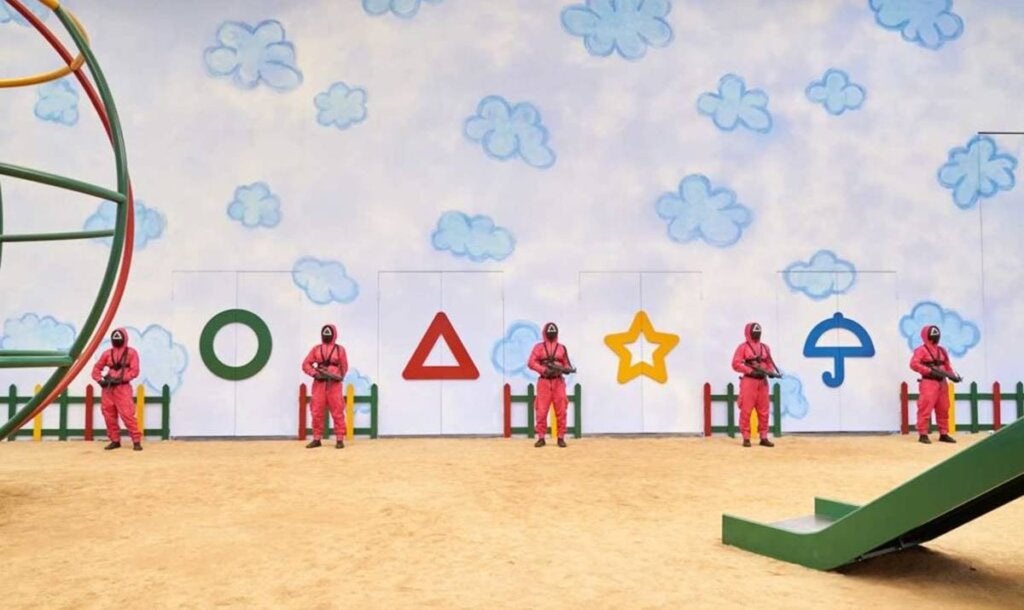 What if your favorite childhood game was both bloody and deadly at the same time? Well, this is the premise of Netflix’s latest great success, Squid Game.

This South Korean production is a powerful allegory about the present and our highly competitive and unequal society. What’s innovative is that they show it to us through a simple and resounding lens of a child’s game.

Some people inevitably compare this production with shows like The Hunger Games or Black Mirror. Hwang Dong-hyuk, both created and directed this show. He explained that he already had the script for Squid Game written in 2008, but felt it was too violent and uncommercial at the time. Therefore, he decided to put it away in a drawer.

It was only recently that he became aware of something. This was the fact that today’s world is turning deadly in many ways. Suddenly, the story he wrote more than ten years ago made sense. He presented it to Netflix. Interestingly, the directors of this streaming company didn’t find any problem at all with the explicit content.

Hwang was completely free to show what he wanted, and he did. Furthermore, the show has been a resounding success.

The contestants are allowed to move forward when “It” yells, “Green light.” They have to stop when “It” yells “Red light.” If any movement is subsequently detected, they’re shot dead.

Understanding the success of Squid Game

Squid game is a recent release on Netflix, yet already holds the top position for the most viewed series on this platform. Furthermore, on social media, you see shots, memes, and references to this production all the time. Indeed, the media are already asking its creator if there’ll be a second season. However, it seems that, for now, the answer is no.

You might ask why this show has caused such a stir. Indeed, how has it managed to captivate thousands of people around the world? What makes it so special? The answer is both simple and interesting at the same time.

Seong Gi-hun is a middle-aged man who lives plagued by various personal dramas. He barely sees his daughter and is in considerable debt to loan sharks. At one point, he meets a man at a train station.

This man suggests that Gi-hun participates in something that could turn his financial situation around. Gi-hun ponders it and finally agrees. Soon, he’s picked up and taken, unconscious, to an unknown location. He wakes up, in a warehouse, wearing a numbered tracksuit, along with lots of other people in the same situation.

Squid game plunges us into a micro-universe similar to a dystopian hell, in which we instantly empathize with the struggles of its characters.

A fable about modern capitalist society

Squid Game is much more than a violent survival exercise. It’s a fable about current societies, competitiveness, and also class differences. In some ways, it reminds us of the acclaimed film Parasite, which proved to be a revealing and shocking metaphor about the social realities of almost any country in the world today.

We live in a world where some elites are obscenely rich and others lose their lives for money. For this reason, it’s extremely easy to identify with the protagonists of this production. In fact, this is what its creator was looking for, that his characters were recognizable to us, and that we could all identify these types of profiles in ourselves or in people around us.

When we see these characters trapped in this dystopian setting, we find it easy to empathize with them. It’s rather like one of Dante’s circles of hell where no one seems to survive.

The games are simple, the organization complex

The games are simple, follow extremely basic rules, and are easy to understand. This allows us to focus our attention on how the characters develop, and on how they ally themselves with some and betray others. However, we can’t help but feel for those who lose. Furthermore, often, we have a clear feeling that no one ever really wins and this adds even more drama and interest to the development of the series.

We can’t avoid making a reference to the organization of the games themselves. In fact, it’s reminiscent of the society of an anthill.

The game is run by masked men who differ from each other by different drawings on their masks. Those who wear a circle, for example, are the basic operators. While those with triangular masks are the armed soldiers and those with square masks are the managers or bosses. They’re all like worker ants serving a bloody purpose.

The rhythm and atmosphere are perfect, as well as the script itself and the direction of the actors. No matter how scared we are, no matter how much violence we see, we go from one chapter to another holding our breath and letting our expectations run wild.

As the plot of the series progresses, it’s inevitable that we start to feel attached to certain characters and make guesses about who will end up being eliminated in the next game.

Hwang Dong-hyuk’s series takes us back to two specific theoretical and psychological concepts. On the one hand, there’s the classic zero-sum game theory. The approach in which the gains or losses of one participant are balanced against those of the other player. In other words, in life there are only winners and losers and this somehow favors the balance of society.

On the other hand, when watching Squid Game, it’s inevitable to remember the famous experiment conducted by Philip Zimbardo in 1971. This psychologist showed us, with his controversial role-playing game in the basements of Stanford University, that goodness can be manipulated. In fact, he taught us that sometimes, when we can’t question certain rules, we become either slaves or jailers.

To conclude, this tv show not only allows us to better understand South Korean society. It also forces us to reflect on multiple aspects of the complex and increasingly dystopian world we live in today. 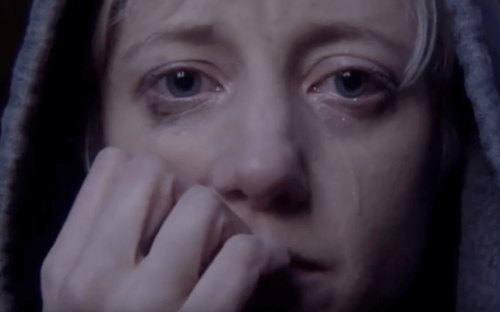 The post Squid Game, What’s the Secret to its Success? appeared first on Exploring your mind.