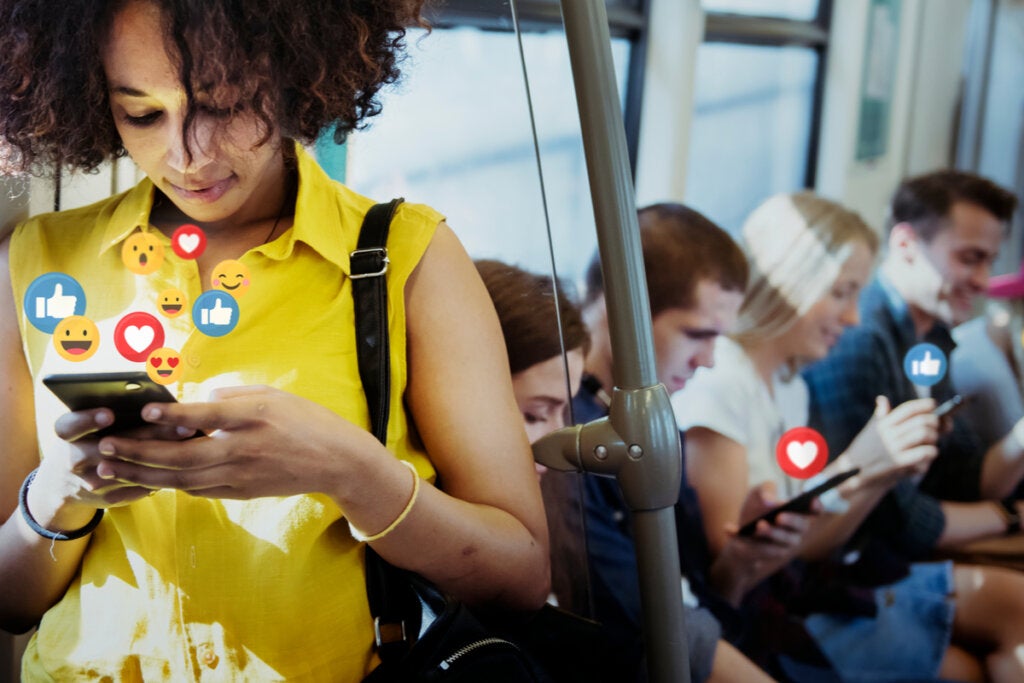 Nowadays, social media probably forms an intrinsic part of your daily routine. However, some evidence indicates a link between the excessive use of these platforms and the risk of developing certain mental health problems. In this article, we’ll tell you some of the benefits of logging off from social media for a while.

Although it might seem unthinkable to stop checking Instagram or Facebook for a day, doing so could be a good thing. Not only does doing this help you to prevent certain health conditions, but it also allows you to enjoy some new experiences.

The benefits of logging off from social media

The mass media often publish alarmist headlines in which they talk about the dangers of social media. However, not all the information published on the internet is reliable. Therefore, the question arises: is this statement true?

In 2016, an investigation was published which evaluated the relationship between depression and the use of social media by young American adults. The results suggested that greater use of social networks was associated with high levels of depression.

In 2017, Twenge et al conducted a similar study with American adolescents. The study concluded that those who spent more time on social networks were more likely to suffer psychological problems. Meanwhile, those who undertook activities without screens had a lower risk.

On this basis, we can probably safely say that the benefits of logging off from social media for a while are real. As a matter of fact, anything that’s done or consumed in excess will always end up being negative for your mental and physical health. Therefore, it’s logical to assume that taking an occasional break from social media and the internet will be good for you.

The benefits of logging off from social media for a while

It’s important to note that there’s still no scientific consensus on the use of social media and mental health. In fact, the research we mentioned above shows a correlation, but not causality.

For this reason, more studies need to be carried out to establish this link and to determine the mechanisms involved. Despite this fact, it still can’t be denied that logging off from social media for a while can help you. Here are seven reasons why.

1. To prevent anxiety, depression, and other problems

Taking into account the studies we mentioned earlier, this is one of the benefits of logging off from social media for a while. Indeed, disconnecting for a short time can be a good way to prevent psychological problems, such as anxiety and depression.

2. To help you avoid addiction

Krach et al (2010) published an article where they point out that successful social interactions promote the release of dopamine. This neurotransmitter is involved in the sensation of pleasure. It’s also released with drug use. In this way, social media open up millions of possibilities for interaction that stimulate the brain. However, it can also become a behavioral addiction.

For this reason, one of the benefits of leaving social media for a while is that you won’t become dependent on it. Those who develop this kind of addiction feel anxiety and stress when they spend time without their cell phones. This deteriorates their quality of life.

One of the problems associated with using the internet is that the links you establish with others are often superfluous. In fact, due to the limitations imposed by technology when communicating, some abilities of language and other aspects of interaction become negatively affected. Consequently, ties may become very weak and unsatisfactory.

Thus, stepping away from social media is an excellent opportunity to communicate in the real world with people you like. Of course, there’s no denying that these platforms help you stay connected. However, the downside is, that without you realizing it, they can also separate you from others.

4. To get to know more about your environment

Sometimes, people get so immersed in virtual spaces, they forget there’s a world outside. Little by little, family, friends, or colleagues become distant individuals.

Reducing the time you spend on the internet could help you reconnect with those close to you.

5. To help you avoid obesity and other physical problems

The advantages of leaving social networks for a while aren’t limited to the psychological. There are also physical benefits. This is because the use of mobile phones, tablets,  and computers implies being inactive for long periods of time. This is what we call a sedentary lifestyle.

Scientific evidence indicates that this habit is related to physical health problems such as obesity, cardiovascular diseases, etc. To avoid this, try to use some of the time you usually spend on social media to do some physical activity. It doesn’t mean you have to have a heavy session at the gym. Just going for a regular walk is enough. 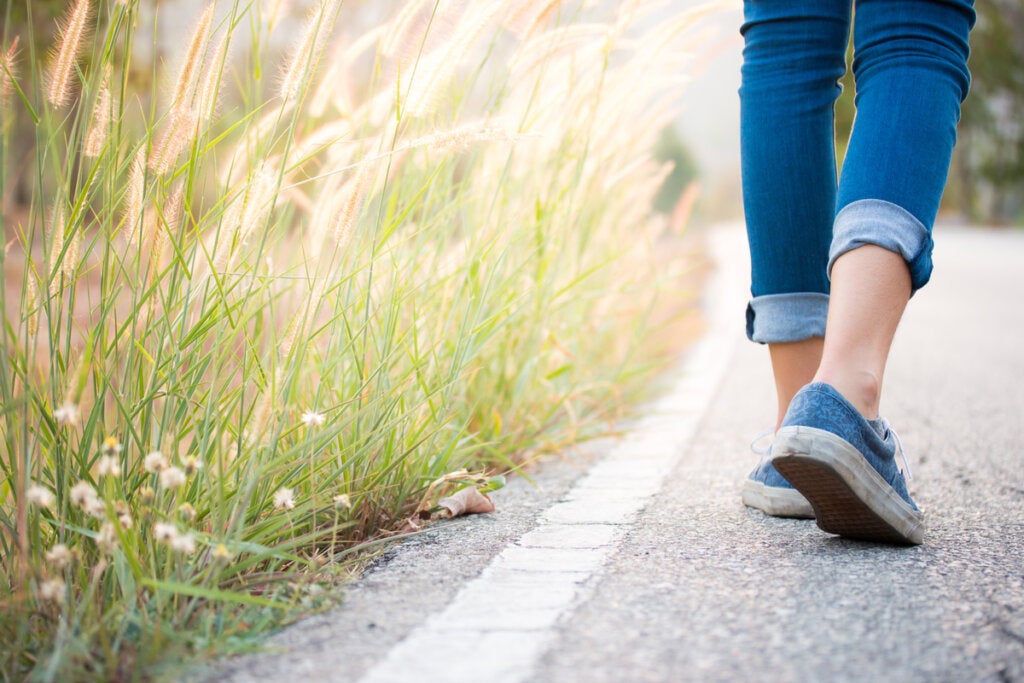 6. To improve your self-esteem

People often use social media to search for ideals they aspire to achieve. This often leads to complexes. Indeed, it’s is no secret that you usually try to show your “best side” on social media. As a result, you create an image that basically only makes you feel uncomfortable. This is due to dissonance with your real self and the investment it usually costs you to maintain that false image.

It’s important to remember that everyone has different conflicting experiences. However, always remember that what you see on Facebook or Instagram isn’t reality. Therefore, if you reduce the time you spend on these apps, you’re less likely to suffer a dent in your self-esteem.

7. To improve your quality of life

Considering the previous points, we can certainly confirm that logging off from social media for a while may well improve your quality of life. Indeed, as you’ve seen in this article, it can have a positive effect both on your mental and physical health.

Nevertheless, you can continue to enjoy social media, provided you use it responsibly. However, remember that should you experience any emotional distress, you should always seek professional help 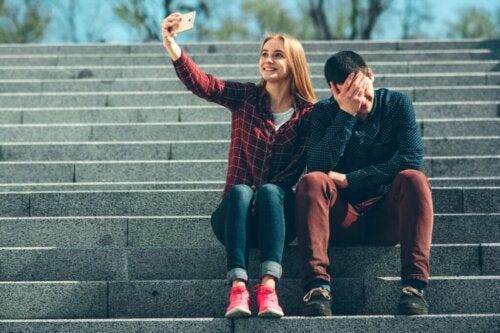 The Pathological Distance Between How We Feel and What We Share on Social Media
Sometime there’s a pathological distance between how you feel and what you share on social media, which can cause anxiety. Read more »

The post Seven Benefits of Logging Off from Social Media for a While appeared first on Exploring your mind.