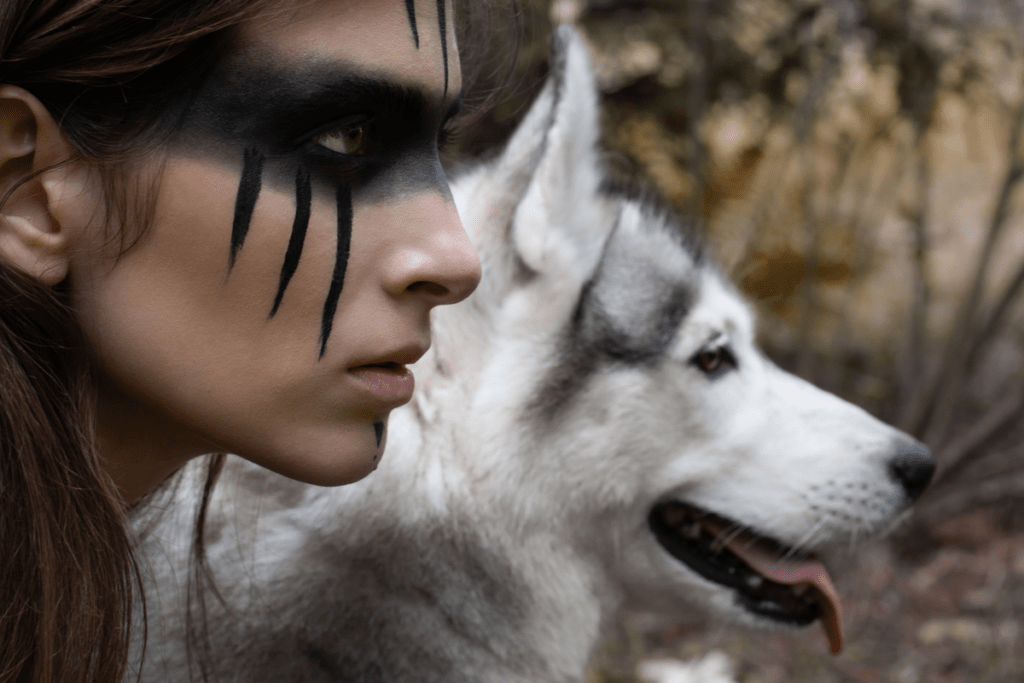 Throughout centuries of history, the human being has evolved. Along the way. we’ve gained important improvements in our living conditions. That’s because knowledge, science, and technology have allowed us to inhabit increasingly civilized and advanced societies. However, in this process, we’ve also disconnected from certain aspects of our essential nature. For this reason, it’d be useful to recover the archetype of the wild woman. It’d certainly help us in alleviating some of today’s problems.

Have you ever debated between what you really want and what’s expected of you? Have you had to contain your impulses, repress your emotions, and act with decorum so as not to be rejected? Furthermore, have you been forced to silence your intuition? If so, you’ll be able to recognize the discomfort that arises when you, effectively, cancel yourself out. However, what if you learn to stop doing this?

The archetype of the wild woman

An archetype is a representation of a complete idea. Through a word or image, we evoke a whole set of patterns of perception, emotion, and behavior that everyone recognizes. For example, when you think of a hero you think of a brave and honorable person. Someone who’s strong, persevering, and capable of fighting.

These archetypes form part of our collective unconscious, as described by Jung. They’re symbols that shape the ancestral culture shared by all human beings. Furthermore, they influence the experience of each and every one of us. For this reason, archetypes, with their different peculiarities, end up defining each specific way of being an individual.

The archetype of the wild woman represents the wolf, the old woman, the one who knows. An energetic, spontaneous, and free woman who’s in touch with her instincts and is capable of defending herself. Despite the negative connotations that the word “wild” may suggest, this term actually connects us to our own nature. In fact, it’s an aspect that the civilized world has taken away from us.

Clarissa Pinkola Estés, the Jungian psychoanalyst, described the wild woman in her magnificent work, Women who Run with the Wolves. Here, she exposes the ravages of this disconnection in current women. Furthermore, through stories, myths, and legends, she accompanies women in their need to recover their identification with this archetype.

How can connecting with the wild woman archetype help you?

The social roles imposed on women have varied over time. Firstly, they were relegated to domestic services. However, today there’s a desire to assimilate them into the male productivity model. Nevertheless, in all cases, a woman’s essence has had a tendency to be both curtailed and restricted.

By connecting with the archetype of the wild woman, today’s female can be herself again, with all the associated gifts and qualities.

We inhibit our creative impulses by the belief that we don’t know, that we’re not worthy, and that we mustn’t make mistakes. However, the wild woman archetype reminds us of the right to fail without losing courage. In addition, the right to explore creativity and to try as many times as is necessary.

Learn to defend yourself

Historically, women have been attributed the role of the innocent, as well as both savior, and sacrificed. Furthermore, many women today still find themselves trapped by boundaries. For example, you might find yourself stuck in the trap of constantly solving other people’s affairs. However, this is an invitation to regain your strength, to begin to defend yourself, and to do so without feeling guilty.

Listen to your intuition

Intuition is a powerful gift that we all have, but we rarely allow ourselves to listen to it. Nevertheless, caution, suspicion, and hunches can skillfully guide you. In fact, if you reject this unconscious voice you can often find yourself in unfortunate situations.

Allow yourself to be intuitive, it’s a part of your nature. You don’t have to stick solely to logic.

Be in touch with your own needs

To connect with the archetype of the wild woman means reconnecting with your instinct and your bodily sensations, and to act according to its signals. It means regaining the ability to identify when you’re hungry or satiated, or when you’re tired, and to respond to those basic needs accordingly.

Similarly, identifying when they need help and asking for it is a right that women have denied themselves for years. You don’t need to be a superheroine and totally independent. Trying to be so will simply hurt and wear you out. As a matter of fact, learning to receive can be healing. 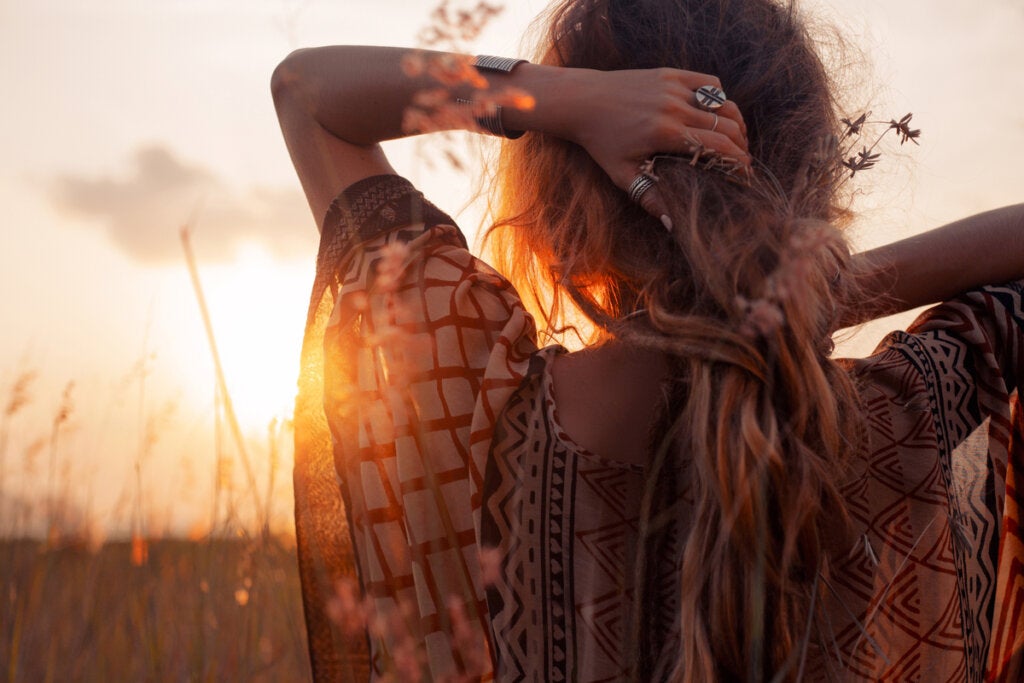 Finally, and most importantly, the wild woman invites you to be spontaneous, to reconcile yourself with your desires and fears. It encourages you to allow yourself not to try and meet expectations that aren’t your responsibility, not to be complacent, and not to dress up to try and fit in.

Stop pretending and just allow yourself to be. Stop feeling desperate cravings for someone else’s love. Recognize that you’re genuinely valuable. These are the teachings of this archetype.

The archetype of the wild woman is always there

Some women are more alienated from their wild nature than others. However, this archetype is always available and accessible to all women who wish to recover it.

Cutting away those layers of conditioning and accessing your deepest essence can be difficult. Nevertheless, doing so will drastically change your life. Why not start today? 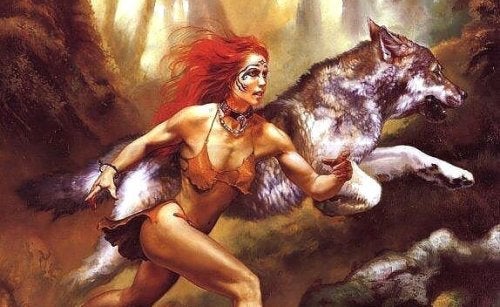 Inside Every Woman Is a Wolf
The publication of the book Women Who Run With Wolves, by Clarissa Pinkola, seems to have ushered in a new female archetype: the wild woman Read more »

The post The Wild Woman Archetype: How It Can Help You appeared first on Exploring your mind.