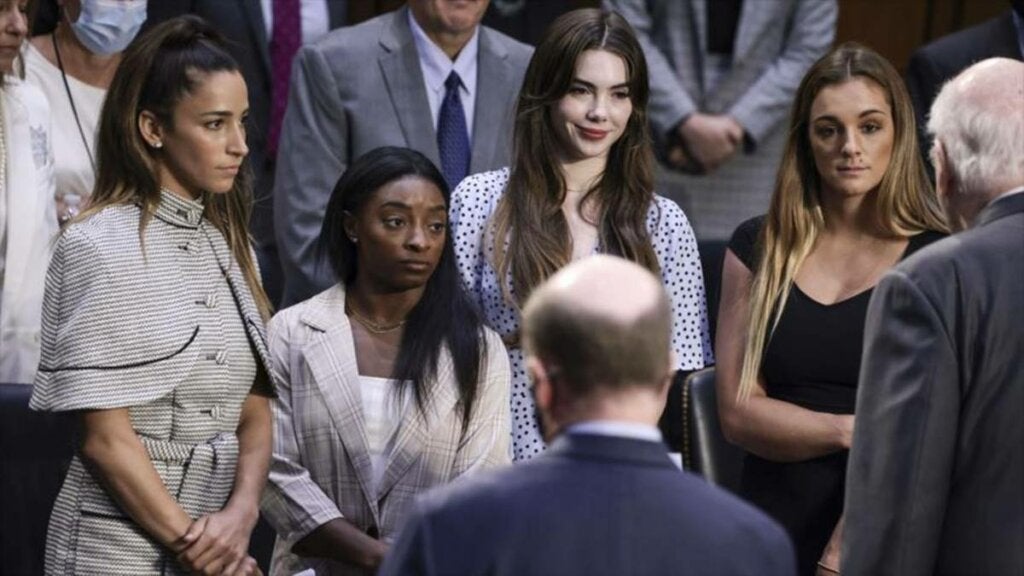 “I blame Larry Nassar and I also blame an entire system that enabled and perpetrated his abuse”. This is what Simone Biles testified, along with other gymnasts, before the Senate Judiciary Committee in the United States. Furthermore, words along the same lines were repeated by all the young women who also gave their sincere testimony about their experiences with the official doctor of the gymnastics team.

It amounted to more than 20 years of continuous abuse. In fact, so far there are 265 identified victims who dared to make the same complaint. However, it’s estimated that there may be many more. So much so that Lassar is considered the greatest sexual predator in the history of sports in the United States.

He manipulated them psychologically and used his reputation to make them believe that they were going to become big stars. It’s said that on the walls of his office, he placed the photos of those girls who’d reached the top to impress the new girls he intended to abuse. In reality, they were victims too.

With Harry Lassar already sentenced to life in prison in Arizona, the judicial system and its victims are seeking more accountability…

“What is the point of reporting abuse if our own FBI agents are going to  take it upon themselves to bury that report in a drawer.”

There are still more culprits at large

If anyone thought that the case of the abuse of the gymnasts of the United States national team was over, they were wrong. In fact, there are still many open wounds and psychological traumas that these victims will probably have to deal with throughout their lives. However, something that all victims of this type of experience need is the feeling that justice has been done. Something that certainly hasn’t happened with hundreds of these young women.

On September 15, Simone Biles and other gymnasts (McKayla Maroney, Aly Raisman, and Maggie Nichol) testified before the judicial committee of the United States Senate. That hearing revealed information that had been denounced for several years: the fact that the FBI, the USA Gymnastics, and the Olympic and Paralympic Committee knew about the abuse and did nothing.

Monsters aren’t just in closets or under beds

The real monsters, the real predators, don’t live in the darkness of children’s closets. As a matter of fact, in many cases, they live in the closest environment of the children. They’re family members, caregivers, teachers, and also doctors. Like Harry Lassar, the guy who, for twenty years, abused hundreds of girls on the American gymnastics team.

However, it should be noted that other kinds of monsters exist. They’re the ones who look the other way when they know acts of this nature are taking place. The ones who pretend not to see, or the ones who refuse to believe the testimony of the victims, despite the fact of there being so much evidence to corroborate it. This is what happened to many of these girls who, at the age of 12, 14, or 15, reported to the FBI what they were experiencing.

Mckayla Maroney, who was a gold medalist at the 2012 London Olympics, provided an especially harsh testimony. In one of her calls to the FBI, she explained how Nassar gave her pills to make her sleepy so that he could abuse her for hours. She also related how many of his treatments consisted of inserting his fingers into her vagina. Faced with these explanations, it appears the FBI did little more than ask her if that was all he did and if those techniques actually helped her.

“We were questioning ourselves for a long time because no one fully validated or believed us. Having my abuse downplayed and dismissed by the people who were supposed to protect me made the trauma last longer.”

Simone Biles and other gymnasts told the senators that the Nassar case isn’t yet closed. Because the people who should’ve been protecting them didn’t. In fact, when any of the girls reported an assault, the FBI took about 14 months to interview them. Later, they minimized what happened and forgot the case.

The current director of the FBI, Christopher Wray, apologized in the Senate. He admitted that the conduct of his institution was reprehensible and that they regret what happened. He also stated that the supervisory official involved in the case was fired a long time ago.

Simon Biles stressed the importance that these kinds of situations should not ever be allowed to happen again. According to her, no Olympian, indeed, no person should ever suffer what happened to them and hundreds of other young people, in many cases, minors. She stated that the message needs to be conveyed that “If you allow a predator to harm children, the consequences will be swift and irreparable.”

The weight of trauma in athletes

Linköping University in Sweden conducted a study in 2014 that revealed that abuse is more common than we might think among elite athletes. The consequences of these experiences are highly harmful and in many cases, these athletes experience suicidal thoughts.

Simone Biles and other gymnasts (it’s estimated more than 300) are examples of this. Biles was the only one who testified that managed to compete in the last Olympics and we all know what happened. Thanks to her, the importance of mental health among athletes was put on the table.

If we add the theme of trauma caused by sexual abuse to the anxiety problems and depressive disorders associated with professional sports, the reality is even harsher. Furthermore, in the case of Simone Biles and the other gymnasts, there’s another factor. This concerns the lack of empathy on the part of the authorities. In addition, the sensations of helplessness experienced by the athletes, and the feeling that the hell they were going through just wasn’t important to anyone.

With any luck, these kinds of events won’t happen again. In fact, hopefully, all monsters (those who live among us) will be quickly identified and punished. 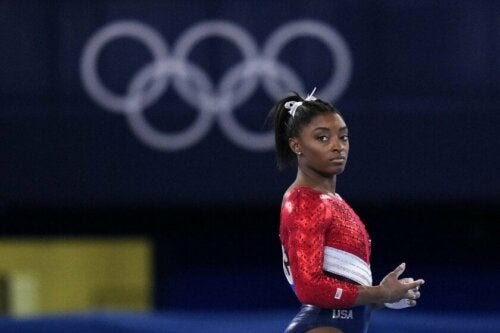 Simone Biles: Mental Health is More Important Than Sport
Simone Biles has given voice in these Olympic Games to an issue as necessary as it’s silenced: mental health in athletes. Read more here. Read more »

The post Simone Biles and Other Gymnasts Testify About Their Sexual Abuse appeared first on Exploring your mind.

How to Stop Comparing Yourself to Others