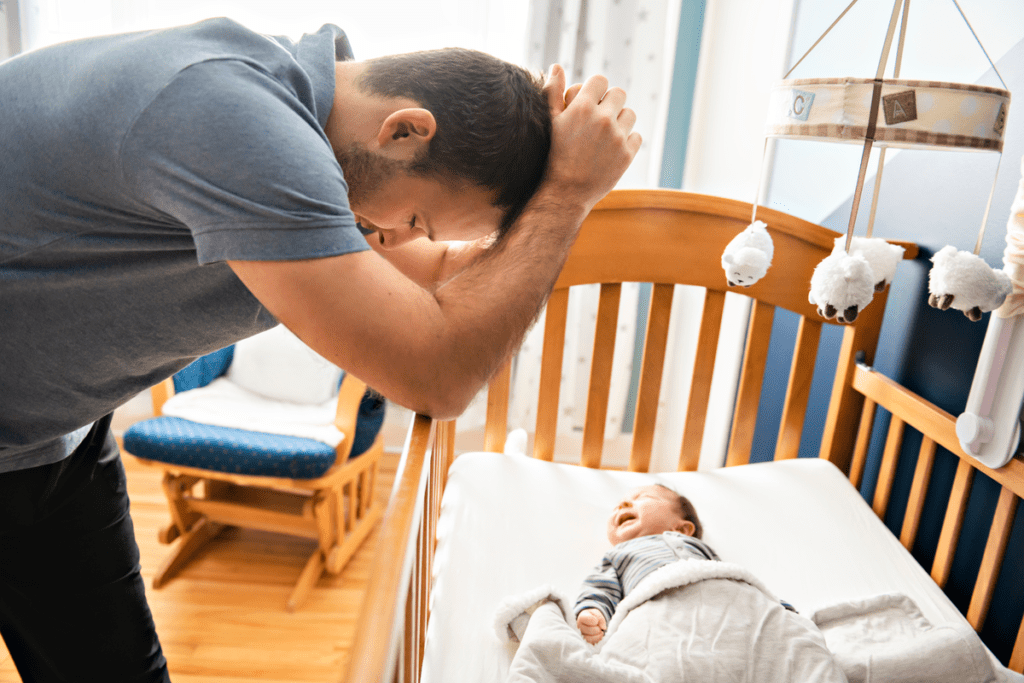 First-time parents might feel like they’re doing everything wrong. They’re not alone. In fact, many parents face difficulties when a new member arrives in the family. After all, there’s no manual for first-time parents, and they have to face many challenges with no instruction guide to refer to. Therefore, it’s common for problems to appear.

They might think they’re the only ones with these kinds of doubts. However, a simple search on the Internet will make them realize that this isn’t the case. Furthermore, most questions on the subject of parenting have been asked numerous times before.

The life of new parents

Often, those who are going to have or already have a first child, experience serious emotional disturbances. The Hospital Clínic de Barcelona (Spain) conducted a study that indicated that one in five mothers will suffer from a perinatal psychological disorder. Similarly, other research has shown that new parents tend to suffer from high levels of anxiety and stress.

All this is because the arrival of a baby represents a drastic and permanent change in their lives. In this sense, each couple is different, as are the children, so they all face different challenges. However, there are certain common situations that everyone goes through that make parenting pretty complicated.

Fortunately, as these are frequent occurrences, they’ve already been well studied and solutions have been found in many cases. In this article, we’ll look at these problems a little more thoroughly and give you some ideas to solve them.

Society often nurtures an ideal: that in parenthood everything is a joy. This creates a problem for parents because, in reality, raising children creates worries, stress, and other emotions that have a negative valence. As a result, new parents may feel guilty about feeling overwhelmed or tired.

However, this doesn’t determine their abilities as parents. In fact, it’s important for them to remember that they’re human beings, not tireless machines that don’t need to sleep or eat. As a matter of fact, they’re far more flexible than a machine as they haven’t been programmed. Furthermore, their feelings and needs deserve to have a place in the parenting process.

Lack of sleep is one of the most frequent problems among those who’ve just had their first child. Richter et al (2019) developed an investigation to study the duration of sleep and satisfaction before, during, and after pregnancy. They concluded that parents don’t regain their normal sleep levels until six years after delivery.

Sometimes, the lack of sleep is connected with the accumulation of responsibilities and at other times with anxiety. Either way, the birth of the first baby has a significant impact on the quality of sleep.

2. Lack of intimacy as a couple

Because of all the responsibilities that come with a child, new parents often put their privacy aside. However, over time, this can produce certain friction in the couple. For this reason, it needs to be dealt with.

In 2019, the company Leesa conducted a survey to assess the quality of sexual relationships in parents. They discovered that 46 percent of those surveyed reported a decrease in satisfaction with their sex life after the birth of their baby.

3. Inequality in the distribution of responsibilities

When a child arrives, tasks and responsibilities multiply. Unfortunately, couples often have problems sharing their obligations equally. Furthermore, it’s often the case that one partner doesn’t have enough time to see what the other is actually having to do in the course of a day. This can end up in a heated exchange with each partner feeling that they have the worse deal.

It should be noted that this is a common situation among first-time parents. It’s largely due to a lack of experience. Therefore, over time, many of these conflicts tend to be resolved.

4. Fear of failing or doing it wrong

The responsibility of caring for a newborn raises levels of stress and anxiety in all parents, but especially first-time parents. Because of this, many develop a constant fear of making mistakes and even failing at being a parent. Consequently, their self-esteem decreases.

In some cases, these types of thoughts are related to false expectations about parenting. As a matter of fact, sometimes, new parents believe that any slight mistake they make could seriously harm their baby.

Parents often don’t agree on how children should be raised. Indeed, each one may have different ideas about what should or shouldn’t be done and this can generate arguments. Along the same lines, the situation can be further aggravated when third parties such as grandparents or others get involved.

The first thing they need to do is be patient and kind to themselves, just as they are to their baby. Then, they should tackle one problem at a time, rather than trying to cover everything at once. The following strategies can be helpful in reducing the negative impact of parenthood.

Ask for help from a family member or trusted person

Having the support of another is a useful tool in avoiding the physical and emotional wear and tear of parenting. The most common step is to ask family members for help, such as grandparents or uncles. The goal is to have time to rest and attend to other responsibilities or even spend time with their partner. 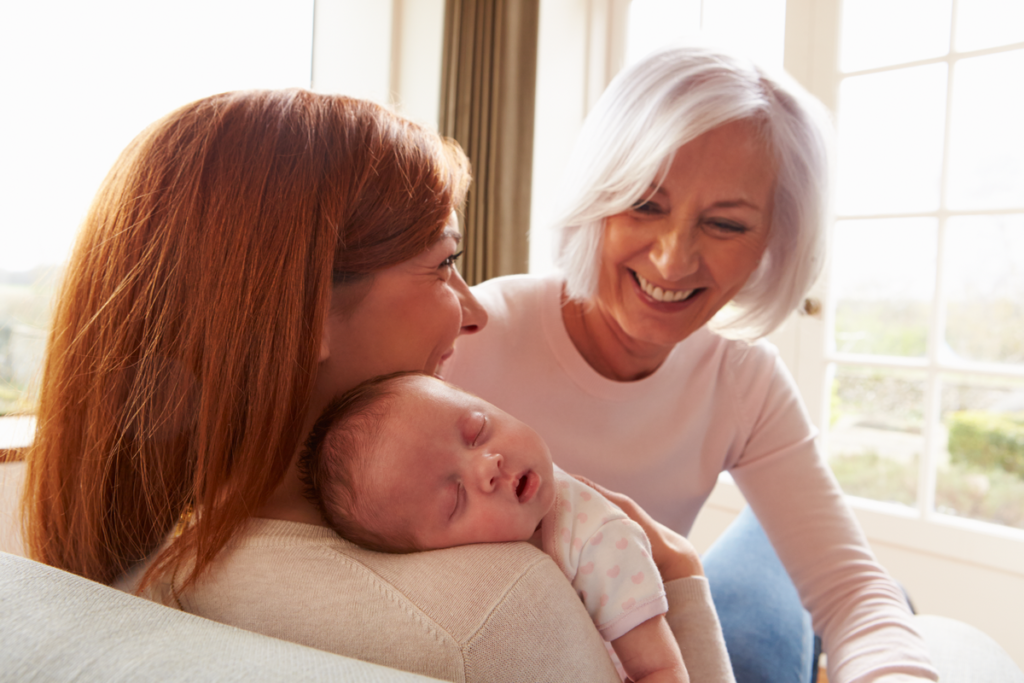 Attend workshops on family and parenting

There are institutions that have useful programs dedicated to parenting and family issues. Attending these might help new parents develop new tools to address those problems that are totally new to them.

Throughout this article, we’ve seen that the birth of the first child has consequences on both a physical and psychological level. While most find their own ways of handling stress and anxiety, others might find themselves losing control or feel completely overwhelmed by the circumstances. If this is the case, having the guidance of a psychologist or psychotherapist is key.

As a matter of fact, disorders such as postpartum depression, generalized anxiety, or chronic stress are more common than you might think. In addition, they affect both men and women.

For this reason, it’s always recommended that new parents seek psychotherapy if they feel overwhelmed. This doesn’t mean that they’re failing or incompetent at parenting. On the contrary, recognizing their limitations and seeking help will end up benefiting their children as well. 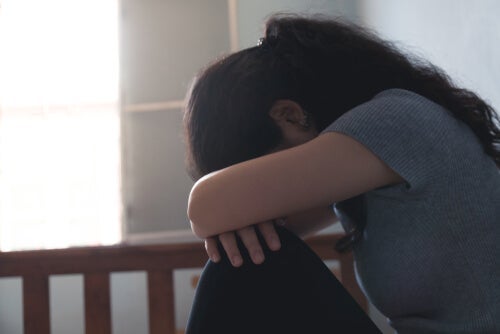 Postpartum Depression – Why the Baby Blues?
“I have a baby and can’t be sad.” This phrase is about postpartum depression, even though it isn’t usually associated with pregnancy. Read more »

The post The Five Most Common Problems of New Parents appeared first on Exploring your mind.