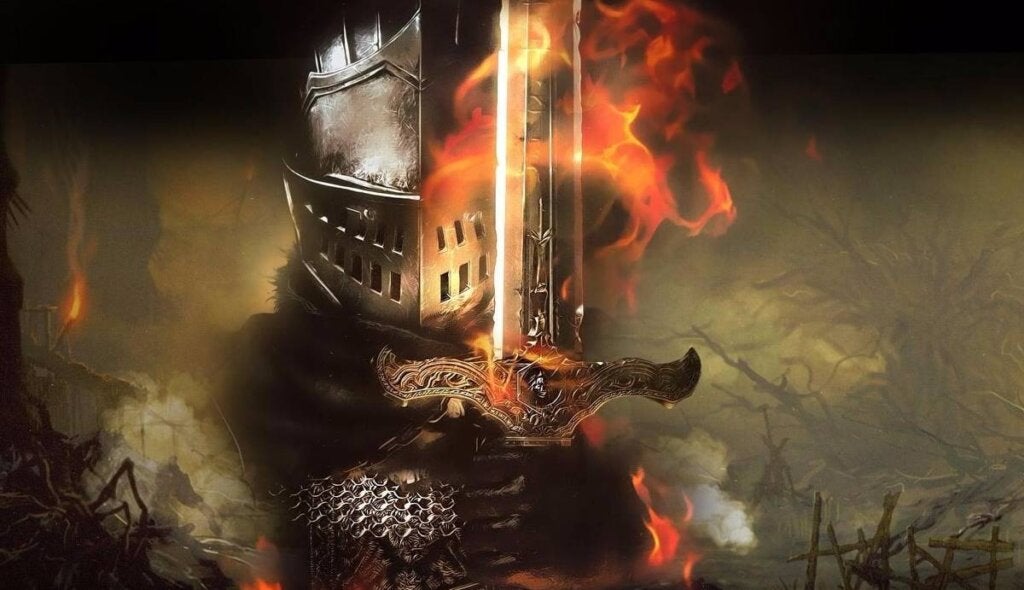 They say that if you immerse yourself in the Dark Souls universe you’ll start to see things differently. Your life takes on new meaning, you develop certain strengths, and you recover your “fire” of motivation. In fact, in a virtual setting that’s inhabited by monsters in the purest Lovecraft style where you die over and over, they say that if you’re depressed, this game helps.

Is it fake news? An urban legend of the gamer world? The truth is, that for several years now, we’ve been reading opinions, news, and articles about this game. In fact, about how many young people have improved their psychological well-being thanks to its effects. As a matter of fact, since its launch in Japan in 2011, the franchise has done nothing but gained in popularity on all fronts.

It seems that each element of this role-playing video game is aimed at creating a series of very specific sensations in the player. In fact, in a dark world where despair is a constant, the person has to make their way almost by force.

The hero who dies and is reborn a thousand times finally emerges with new values. He has constancy, purpose, sense of hope and he gets up again and again dreaming of victory. We have to ask the question here, what makes this game so special? Furthermore, can a video game really treat depression?  Let’s take a look.

Get up again and again to fight. That’s the idea that governs this video game that’s improved the quality of life of many young people.

Dark Souls is more than a video game. In fact, it’s a metaphor on how to overcome difficulties. It comprises a saga that’s in three parts. In fact, for connoisseurs, it’s become a benchmark in the genre of role-playing games.

Its narrative and the mechanics of introducing the player into the action are particularly striking. Their immersion is absolute, and although at first, everything is a bit strange and even exhausting, little by little, the player undergoes a series of changes.

To begin with, the protagonist that the player controls is called Chosen Undead. He’s a hero (human-undead) who must make his way through Lordran, a dark world inhabited by monstrous beings. These are atavistic creatures that aren’t easy to defeat. This causes the hero to die rather carelessly and the Chosen Undead to lose points and even a bit of his humanity. More deaths run the risk of the player transforming into a state called Hollow.

The question remains, what’s so special about a video game dominated by grim settings and inhabited by an immortal race of dragons?

About 6 years ago, the term dark souls started to appear frequently in the Reddit space. This is a social network in which users post texts, videos, or images. Then, their content is valued. This revealed something that a large part of the population was experiencing. The fact that many young people were overcoming their depression thanks to this video game.

From then until now, this perception has only increased. In fact, several studies have been conducted. For example, the University of Arizona started a project in 2018 to investigate this therapeutic assumption. To date, the following benefits have been analyzed.

The integration of two learnings: failure and resistance

A first-time player of Dark Souls discovers something almost instantly. The fact that it’s extremely difficult to stay alive in Lordram. In fact, the player’s hero and avatar die over and over again. A small failure, an unexpected attack, an unforeseen danger, and death arrives. It’s common to despair and it’s also common to abandon the game for a while.

Players might ask themselves what’s the point of striving if the dangers can barely ever be foreseen? However, the key is to learn from each death. Indeed, something that young people develop in this game is a tolerance for failure. They accept the fall, the error, the tragedy, and their own frustration at each new death.

Once they’ve taken that step, the next one comes: to build endurance. There’s always another opportunity and with it comes the obligation to persist. Furthermore, in real life, each of these dimensions proves to be enriching when a person faces a depressive disorder.

With each death the player is invited to take on new learning. As in life, each fall is an opportunity to gain wisdom and rise again.

There’s another inescapable factor that’s key when treating any mood disorder in reality. The fact of awakening intrinsic motivation. It means getting the person to find their own goals by exploring, being curious, and getting excited about what they’ve planned, done, and achieved.

This type of motivation is the most powerful. That’s because it shapes certain underlying human needs, such as social competence and self-determination. However, how does the Dark Soul video game develop this decisive psychological dimension?

It does it through various highly careful strategies:

A Hollow is a degenerative state in the Dark Souls video game. In fact, every undead, like the hero of the story, is doomed to become this kind of being unless they acquire humanity. That’s the ultimate goal, the true feat. The metaphor here is revealing. Indeed, the symbolic device on how to overcome depression is as evocative as it’s undeniable.

We’re facing a video game whose atmosphere is dark and oppressive, like the mind of a person who goes through depression. Something that this resource achieves is to force the person to awaken new skills, new approaches, and life tools. In order not to become a Hollow, the first thing to do is defeat their negative thoughts, and then gradually shape the hero that everyone carries inside of them.

Finally, let’s ask once more if this game can truly help a person overcome their depression. The University College, London (UK) can help us here. They conducted a study in 2021 and discovered that boys who regularly played these kinds of video games were less likely to develop later depression.

It would seem that, if the skills that developed in Dark Souls are later applied to daily life (and beyond the gamer’s own room) the benefits will be undeniable. 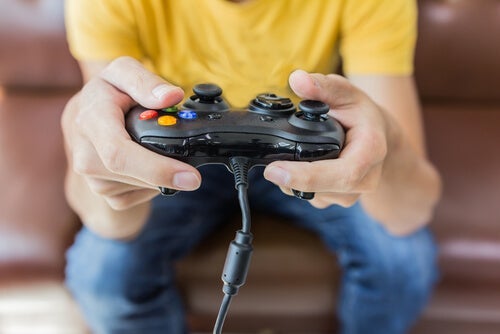 The Psychological Benefits of Video Games
It’s common to hear about the harmful effects of video games all over the media. However, this is mere sensationalism and unverified claims. Read more »