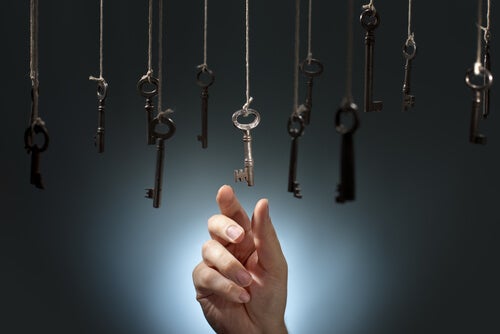 All of us, at some time or another, have experienced criticism. Indeed, it’s something that we’re all open to on a daily basis. However, the intention behind criticism can be very different. This is dependent on several factors.

Criticism can sometimes be very destructive. However, at other times it may help you learn and improve.

You often tend to run away from criticism. It’s certainly not something you usually like. In fact, your ego rebels against it and you go on the defensive. That’s because you feel like you’re being attacked.

However, there’s often also a positive element to criticism. As a matter of fact, you need to pay attention to it in order to recognize whether you’re being constructively or destructively criticized.

People who criticize usually have some kind of intention, for better or worse. However, sometimes, the aim doesn’t match the message. In fact, they may be trying to help yet achieve the opposite effect.

Constructive criticism is always made with the intention of helping the other person. Telling them what they could improve and how to do it. Providing them with specific details. All done without any air of superiority or arrogance.

Say, for example, your partner has left all their things lying around the room. Constructive criticism might involve saying:

– I’d like you to pick up everything you’ve left lying around in the room, please. You can put them all in the left-hand closet.

On the other hand, destructive criticism might be as follows::

– You’re a disaster. You’re always leaving your things lying around. You just don’t care about anything.

On this basis, we can say the main characteristics of constructive criticism are the following:

Nevertheless, many times, even if the criticism is constructive, people might view it as unacceptable. Therefore, they refuse to accept it, hence won’t learn anything from it. They may even feel offended, which can lead to conflict.

With destructive criticism, anger and contained aggressiveness are exhibited. People offer poor arguments like: “I don’t like it,” “You don’t do it right,” “You’re stupid.” In fact, nothing interesting or helpful is ever provided in these kinds of messages.

However, the people who use these types of harmful messages tend to feel insecure and vulnerable. They try to show superiority because, in reality, they feel weak. Furthermore, they’re characterized by feelings of low self-esteem and insecurity.

Destructive criticism involves putting down and hurting the other person. The person issuing these messages may not even be aware of their own intentions. In reality, it’s simply a manifestation of how they feel about themselves.

The main characteristics of destructive criticism are the following: 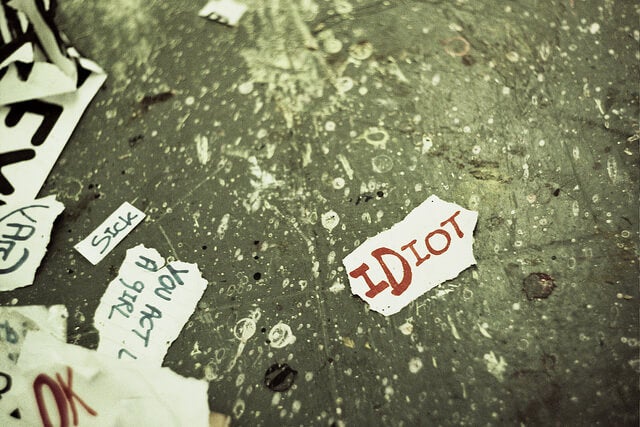 When this type of criticism is paid attention to and taken seriously, it can greatly affect the person on the receiving end. They might feel humiliated and don’t know what to do to make amends for their supposed mistake.

When people accept destructive criticism without question or reflection, they’ve fallen into the trap of giving the criticizer importance and power.

In order to know if a message is important or not, you need to identify the kind of criticism it is. Then, you can decide if it’s something you need to pay attention to or ignore.

In the face of destructive criticism, being able to identify it helps you avoid the unnecessary suffering it can cause you. The suffering of believing that you’re guilty of something inadmissible.

You must always be careful in the face of destructive criticism. In fact, if you find yourself in a low mood, it tends to affect you more. That’s because, if you accept this kind of criticism without question, you’re going to make yourself feel even worse.

By opening yourself to constructive criticism, you can explore new aspects of yourself. Furthermore, you’re able to accept other possibilities and arguments. This allows you to reflect and acquire different perspectives.

Undoubtedly, you’ll find yourself encountering both kinds of criticism. However, by learning to differentiate between the two, you’ll be able to contribute to your own well-being and personal development. 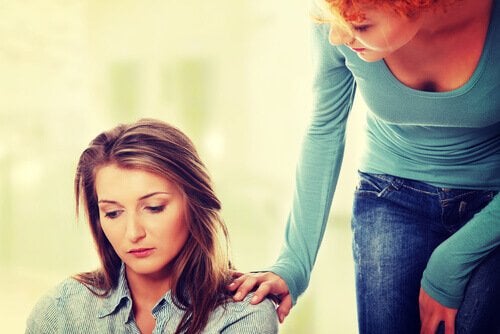 How to Respond to Criticism and Get Something out of it
We usually see criticism as a personal attack. That usually means we get defensive, too. But whether the criticism is right or wrong, it’s best to respond calmly and assertively. Read more »

The post The Differences Between Constructive and Destructive Criticism appeared first on Exploring your mind.