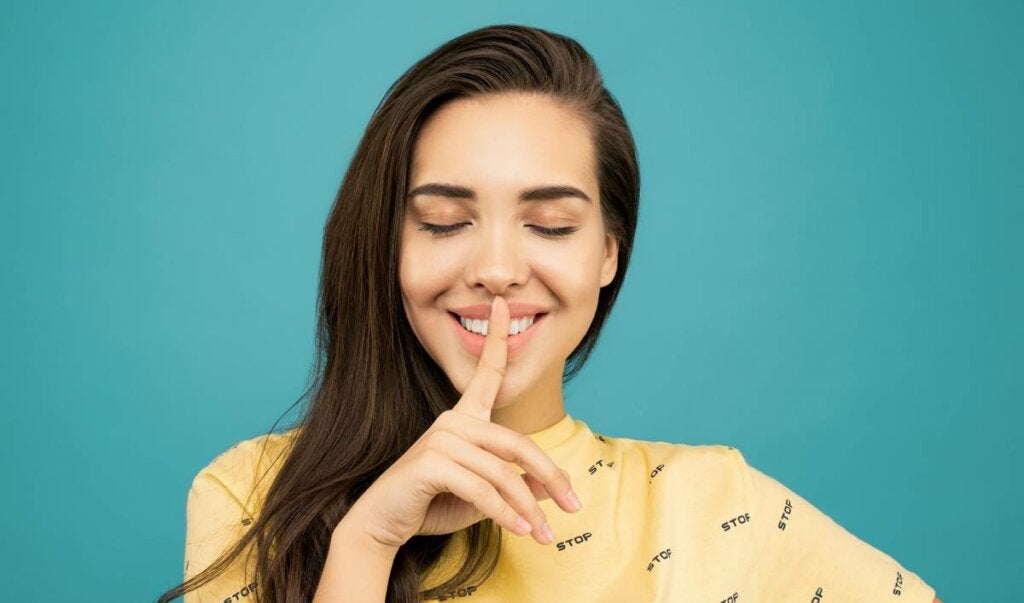 Some people say very little. However, they’re often good at listening and manage to offer their complicity without having to say anything. Some say that they’re boring. They say they’re too shy and spending time with them is a waste of time. However, people of few words often hide an incredible world behind their silence. Furthermore, they’re usually extremely trustworthy.

One curious anecdote concerning quiet people concerns Sir Alec Guinness, one of the best British actors of all time. In addition to his mastery of acting, he was known for varying the timbre and tone of his voice in each role he took on. In fact, he was so chameleonic, that every time he went to collect an award, like the Oscar for his role in The Bridge on the River Kwai, everyone wanted to hear what he had to say.

Many waited for a speech from him, to hear his true voice and, ultimately, to get closer to the true person behind each of the characters he played. However, Guinness was always a man of few words. He collected his prizes after a brief and timid “thank you”. Then, he instantly disappeared. Naturally, this further perpetuated the mystery and fascination that surrounded him.

In reality, anyone who’s known for their reserved nature, for only speaking when necessary, doesn’t necessarily hide a psychological disorder or an asocial behavior. In fact, this kind of conduct merely represents one more facet of the human personality. Moreover, on average, these kinds of people are usually well-liked and they build stronger and healthier social ties.

People who don’t say much

We call them “quiet”, “reserved” or “silent”. As a matter of fact, those who say little are quite rare in a world where, generally, those who talk a lot tend to be seen as more successful, charismatic, and attract more attention. Generally, we seem to like talkative people who speak up. Those people who, in a very short time can tell you their life story as well as hundreds of anecdotes.

However, the chatterbox can sometimes be exhausting. On the other hand, quiet people can be intriguing. Nevertheless, we seem to be used to the idea that extroversion and verbiage are synonymous with success. That those who master this competency also possess leadership skills and are more confident.

However, is this true? The truth is that this topic is as interesting as it’s current. For example, in 2017, the University of Georgia (USA) conducted a study to examine the leadership style of extroverts and introverts.

Something that they discovered was that the most reserved people have other tools, skills, and communication styles that are extremely useful in any kind of organization. It’s a different leadership style that’s worth finding out more about.

The vast majority of people who don’t say much tend to be introverts. Jennifer B. Kahnweiler wrote a book entitled The Introverted Leader: Focusing on Your Quiet Strength. In this book, she explains how this personality style is coming increasingly to the forefront. They’re defined by the following traits:

Shyness and people who don’t say much

There are some people who don’t say much because they’re insecure. In these cases, they have shy personalities. However, even though they’re not particularly at ease in social settings, it doesn’t mean that they end up failing in either their emotional or work environments.

We know that figures like Jorge Luis Borges and Agatha Christie were incredibly shy. Furthermore, Sir Alec Guinness and actor Dick Bogarde used to vomit before going on stage. However, once they embedded themselves in their roles, they performed masterfully. It appears that, while it’s true that personal shyness limits and hurt, at the same time, it’s often counteracted by the appearance of great virtues.

The reflective personality: inner calm in a hurried world

In a world where people exchange ideas, opinions, and thoughts with almost no filters, people who don’t say much have a completely different rhythm. Therefore, we need to take into account another factor. This is the reflective approach.

There are those who always mull over what they’re going to say before they say it.  They listen with all their senses before responding. They also take their time. This is because their communication is always genuine. They speak honestly in accordance with their beliefs. They’re always observant of their surroundings. Furthermore, they’re empathetic, intuitive and skilled at perceiving what others are like and what they need.

All this requires a more leisurely approach. In fact, these people allow others to speak first and are always listening, paying attention, and studying what’s being said… Only then do they speak aloud, always hoping to be both helpful and respectful in what they say. Their way of acting, processing information, and coping requires more time. This means they may not be so fluent in their communication.

For many, this trait may seem unusual. However, it’s simply another facet of personality. Furthermore, we’re all unique and not everyone possesses the ability to speak “off the cuff”. If we understand this, we’ll be able to better comprehend the behavior of others who aren’t necessarily always the same as us. 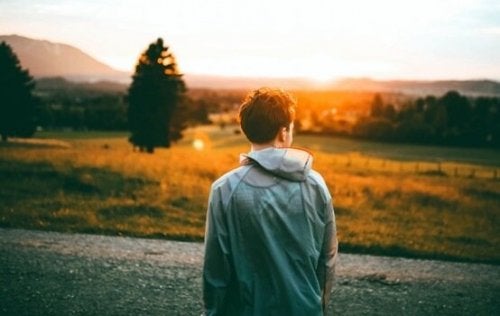 Having a Quiet Interior in a Noisy World
Quiet people are a perplexing point of equilibrium in a hectic world. Their calm gaze, great manners, and groundedness are perceived as shyness. Read more »

The post People Who Don’t Say Much, What Are They Like? appeared first on Exploring your mind.