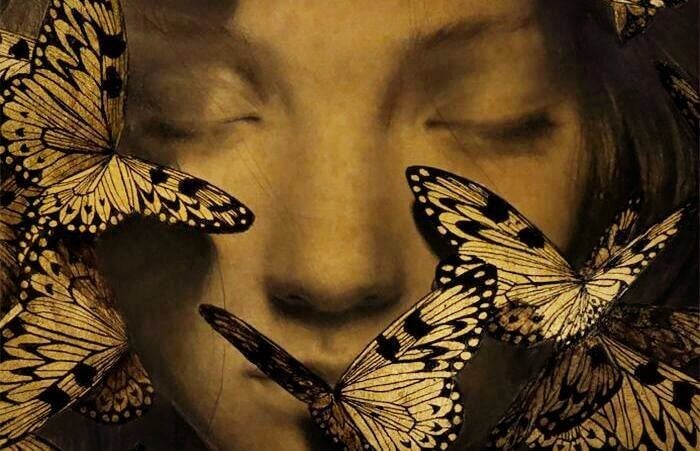 Legend has it that, in an ancient kingdom there was only one happy man. Some people were wealthy but they didn’t enjoy their wealth. That’s because they always wanted more. In fact, they invested all their time in doing business to increase their fortune. On the other hand, some were poor. However, they weren’t happy either. That’s because they spent a good part of their lives dreaming about what they didn’t have.

When the rumor spread that there was a man who was completely happy, everyone was extremely interested. It was said that this man had a chest and that all the secrets to the achievement of happiness lay inside.

The rich went to him and wanted to buy the chest from him. However, the man wouldn’t sell it to them. The poor also begged him, but he wouldn’t give in. Some even tried to rob him, but they were unsuccessful. After a while, a child came up to the man with the chest. He told the man that he wanted to be happy too.

Seeing the boy’s innocence, the happy man was moved. He told the boy that happiness was like a ladder and that each step towards it required new learning. Then, he showed him the seven steps to happiness.

“We all look for happiness, but without knowing where to find it: like drunkards who look for their house, knowing dimly that they have one.”

Step 1. Cultivate self-love to be happy

The man with the chest told the boy that the first condition of being happy is to love yourself. This means you feel worthy of happiness. However, to love yourself, you must value your life and take care of your health and physical well-being.

You must also understand that you’re unique. This means that each of your strengths and weaknesses put together make up your own unique story. You’re no more or less than anyone else. In fact, you’re the sum total of millions of unrepeatable origins.

Step 2. Act and put into practice

One of the things that make people unhappy is thinking about being better or having a better life. However, they often just think about it. This only leads to frustration and guilt. If you think you can, or think you should, then do it. You shouldn’t even have to think about it too much.

It’s also important that your actions are consistent with your words. Furthermore, with your thoughts. That’s because if you think one way but act another, you’ll only create confusion. On the other hand, when there’s harmony in your internal world, everything flows smoothly.

Those who live their lives continually thinking about the achievements of others, rather than their own, are building themselves a path to bitterness. As a matter of fact, you never know what someone else might’ve had to go through to get to where they are or have what they have today. For this reason, you should never judge anyone, whether or not they might deserve it.

Instead of thinking about what others have or haven’t achieved, do your own thing. If you let envy grow in your heart, you’ll suffer. Furthermore, it’s a useless and destructive kind of suffering.

If you can be happy with what others achieve, your happiness will be doubled. Furthermore, you’ll have more strength within your heart to achieve your goals.

Sometimes you receive insults that are so intense the pain remains embedded in your heart. Over time the pain turns into frustration. Then, the frustration turns into anger. Therefore, you end up harboring extremely negative feelings. These paralyze you.

Resentment is another of those useless passions. In fact, it badly damages those who feel it. However, life has its own logic. Therefore, if someone insults you, just tell yourself that justice will eventually be served on them.

Sooner or later, we all reap what we sow. Therefore, you must strive to forgive, forget, and let go.

Step 5. Don’t take what doesn’t belong to you

According to the Hindus, if you take something illicitly, there are always serious consequences. In fact, they believe that in time, whoever commits this kind of act will be stripped of something of much greater value. In effect, not respecting the goods of others makes what you achieve disappear.

However, this doesn’t apply only to material goods. It also concerns the appropriation of ideas, affections, or benefits that don’t correspond to you. For the Hindus, a lack of respect for a stranger is the beginning of the moral and material ruin of a person.

Step 6. Eradicate abuse from your life

No living being should be mistreated. This includes people and, of course, plants and animals as well. Whoever manages to relate in a loving way to life will be happy. All living beings are a source of happiness and well-being. That’s why they must be valued.

This also implies a radical refusal to be mistreated yourself. You must be firm in rejecting any situation or person that mistreats you. Indeed, no form of abuse is ever “for your own good” or for the good of someone else. Destructive behavior is simply not needed when you want to progress and live your life correctly.

Step 7. Be thankful for every day of your life

This is very simple. Furthermore, it has an extremely powerful effect on your emotions. Every day, there are reasons for which you should be thankful. Therefore, don’t hesitate to be so. In fact, if you get into the habit of making the words “thank you” your first words of every day, you’ll soon see how your life becomes filled with color.

This simple ritual changes lives. Furthermore, when it becomes a habit, it puts you in a position of kindness and you experience good feelings towards everything. It makes you feel happier and transforms you into a more generous person. In addition, it allows you to see more clearly how valuable your life really is.

We already said that the seven steps to happiness are like a ladder. You achieve one after the other. They constitute an evolutionary process that leads to inner peace. That peace is the only essential condition for you to be happy. Finally, being happy means reaching a state in which you’re able to accept all life’s ups and downs with nobility and intelligence. 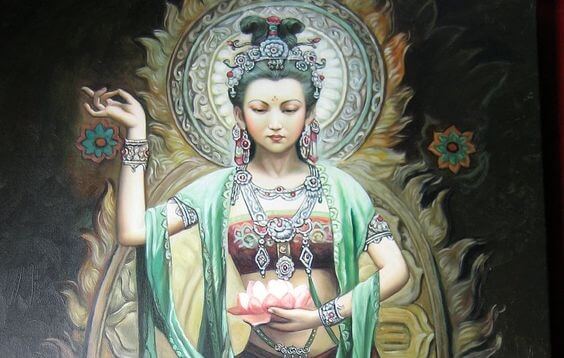 6 Things That are Better Kept Secret According to Hinduism
Hinduism says that sometimes, silence is the best ally. There are things that are better to keep secret, like hopes, goals, essences, and achievements. Read more »

The post The Hindu Religion and its Seven Steps to Being Happy appeared first on Exploring your mind.

Menstrual Migraine, an All Too Frequent and Silent Reality