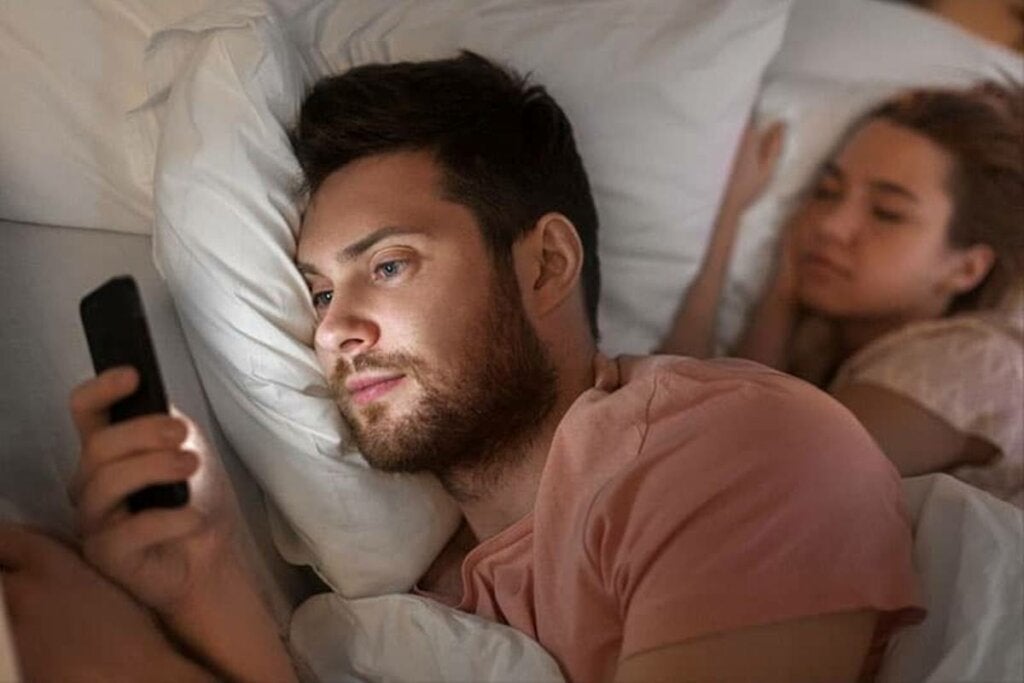 With the arrival of technology and its gradual infiltration into our DNA, a new type of emotional betrayal has appeared. This is digital infidelity. It’s an increasingly common phenomenon and a source of suffering and concern in any relationship. In fact, now, partners can be unfaithful without even leaving the house. Furthermore, this fact is often used as their defense.

“Nothing’s happened!” they say ” We haven’t even met in person!” they insist. Despite this, the partner feels the same kind of confusion and impact of emotional disloyalty, breakdown of trust. and flagrant deception, as if their partner had, indeed, sought company outside the home. As a matter of fact, in the online world, it’s possible for a person to have several lives. Lives that the partner who sleeps beside them every night knows nothing about.

As strange as it may seem, this type of situation doesn’t only occur among digital nomads. Indeed, virtual deception isn’t unique to millennials and those belonging to Generation Z. For example, the consumption of Internet pornography can manifest itself at any age. Furthermore, it can just as easily be considered a form of infidelity, certainly if the partner knows nothing about it.

Digital Infidelity: sneaky betrayals and a boost to self-esteem

Infidelities are no longer what they used to be. Nevertheless, they’re no less serious for this fact. Before, infidelity might’ve involved flirtations at work or furtive meetings in the middle of the night. Now, people simply have an account on social media. In fact, there are apps dedicated to the whole process. A few likes, a few risque comments on a photo, a direct message, and the game starts. The game of digital flirting.

There are many who think that digital infidelity isn’t real infidelity. However, where do you draw the line? Where’s the manual that states what’s acceptable and what isn’t?  As a matter of fact, the National Institute of Mental Health and Neurosciences (NIMHANS) in Bangalore (India) conducted research that makes it clear: online infidelity is perceived as being as traumatic as real infidelity. Let’s learn a little bit more.

Digital infidelity takes place on the sly. People check their phones for new messages when their partners aren’t looking. They have conversations or carry out sexting (sending messages or photographs with high sexual content) behind their partners’ backs. Is this type of behavior really not a problem?

As a matter of fact, there are many who still feel a certain kind of confusion when it comes to digital infidelity. After all, that bawdy flirting on Instagram almost never comes down to anything real. It can’t be that important because I still love my partner? they insist. Indeed, in the online world, the possibilities are endless, and there’s nothing wrong with taking advantage of it. At least, that’s what they tell themselves. However, the reality is different.

Virtual flirting is a clear betrayal for the following reasons:

The self-esteem problem as a trigger for digital infidelity

When that exchange of likes, comments, and intimate conversations begins, most people aren’t seeking to cheat on their partner. Indeed, their aim isn’t necessarily either sex or betrayal.

In reality, they’re longing for new experiences. They want that adrenaline rush, a boost to their self-esteem. They’re searching for a sneaky little bit of romance to brighten up their day.

The times of Steven Soderbergh’s  Sex, Lies, and Videotape film of the 90s have completely changed. Sex is already possible in a completely different kind of scenario and videotapes have given way to mobile phones. However, lies, well, they’re still falsehoods that both damage and end relationships. 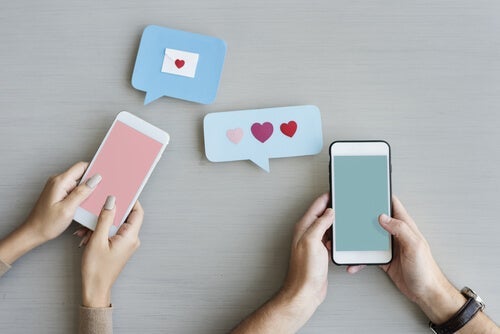 How to Make the First Move with Someone you Like

“I’m Fine” The Most Frequent Cry for Emotional Help