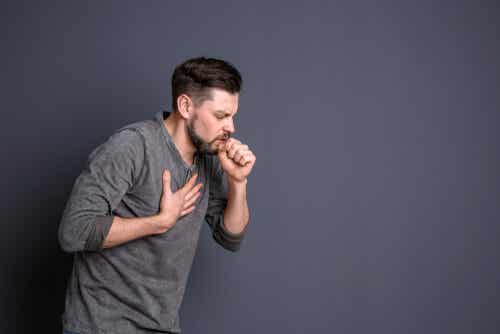 Factitious disorder is a serious mental condition where sufferers deceive others by appearing sick, purposely getting sick, or injuring themselves. It also occurs when family members or caregivers falsely present others, such as children, as being ill, injured, or impaired. Symptoms can range from mild (slight exaggeration of symptoms) to severe (previously called Munchausen syndrome).

The sufferer may make up symptoms or even tamper with medical tests to convince others that they need treatment. They might even claim that they need a high-risk surgery. Factitious disorder isn’t the same as inventing medical problems for practical benefits, such as getting out of work or winning a lawsuit. As a matter of fact, people with this disorder know that they’re causing their symptoms or illnesses. However, they don’t understand the reasons for their behaviors. Neither do they even recognize they have a problem.

The disorder is challenging to identify and hard to treat. Therefore,  it’s critical to seek medical and psychiatric help to prevent serious injury. This will also prevent death caused by the self-harm that’s typical of this disorder.

“A commonality among factitious disorder is a lack in bonding personal relationships, providing alternative supports. Mr. McIlroy, a skilled patient, would receive over 200 hospital admissions in Britain subjecting himself to hundreds of painful treatments and procedures. The strength of compulsion of being viewed in the patient role becomes ever more obvious through the individual’s willingness to submit to such rigors.”

Factitious disorder is a condition where people consciously act as if they have a physical or mental illness. However, they’re not really sick. They behave this way because of an inner need to be seen as ill or injured. They don’t seek any financial gain. In fact, they do it for the sympathy and special attention sick people receive.

This condition is associated with severe emotional issues. Indeed, the disorder is considered a mental illness. Furthermore, many people with it also suffer from other mental conditions, particularly personality disorders. Personality disorder sufferers have long-standing behavior patterns different from those which society considers normal. Factitious disorder is similar to another group of mental disorders, such as somatoform disorder. Nevertheless, people with somatoform disorder don’t deliberately fake symptoms or mislead others about their symptoms.

There are four main types of the disorder:

Some factitious disorder symptoms involve mimicking or producing illness or injury or exaggerating symptoms. Sufferers also suggest impairment in order to deceive others. In fact, people with the disorder go to great lengths to hide their deception. For this reason, it’s difficult to uncover the fact that their symptoms are actually part of a serious mental health disorder. Furthermore, they continue with the deception even when faced with objective evidence that their claims are false. What’s most significant is that they don’t receive any visible benefit or reward for behaving in this manner.

Here are the signs and symptoms of factitious disorder:

People with factitious disorders are experts. Not only at faking symptoms and diseases, but also at inflicting real injuries upon themselves. Therefore, it’s hard for health care professionals and loved ones to know if their illnesses are real or not. They invent symptoms or cause illnesses in several ways, such as:

Diagnosing a factitious disorder is often extremely difficult. That’s because sufferers are experts at faking different diseases and conditions. As a matter of fact, they do often have real and even life-threatening medical conditions. However, these may be self-inflicted. There are many reasons that make a diagnosis of this condition difficult. For instance, the tendency for sufferers to consult multiple doctors and hospitals and to use fake names.

Privacy and confidentiality regulations may make gathering information about previous medical experiences difficult or even impossible. This is because doctors base their diagnoses on objectively identifying symptoms. However, when it comes to factitious disorder, patients invent their symptoms. For this reason, health care professionals should be aware of the patient’s intent or motivations. A doctor may suspect the disorder when:

Experts still don’t know the exact cause of factitious disorder. However, they believe that both biological and psychological factors play a role. Some theories suggest a history of abuse, or neglect as a child are factors in developing the condition. A history of frequent illness or family members requiring hospitalization may also be contributory factors. In addition, most patients with the disorder have histories of abuse, trauma, family dysfunction, social isolation, and early chronic medical illness. Furthermore, some patients with the disorder have professional experience in healthcare, such as training in nursing, or health aid work.

There are no reliable statistics regarding the number of people in America suffering from the disorder. One survey estimates that about one percent of those admitted to hospitals have the condition. However, this figure is likely to be under-reported. In fact, obtaining accurate statistics is difficult because dishonesty is so common in this condition. Additionally, sufferers tend to seek treatment at many different health care facilities. This leads to misleading statistics. As a rule, the disorder is generally more common in men than women. Although factitious disorder by proxy tends to be more prevalent in women.

Treatment of factitious disorder is usually difficult. In fact, there are no standard therapies. Most people with this condition want to be in the sick role. Therefore, they won’t willingly seek or accept any treatment. On the other hand, if doctors or health care providers approach them in a gentle way, they may well succeed. For instance, a sufferer may agree to receive treatment by a mental health professional.

Doctors should always use a nonjudgmental approach. That’s because if they directly accuse the patient of inventing their disorder, they’ll become angry and defensive. This may cause them to abruptly end their relationship with a doctor or hospital and seek treatment elsewhere.

The doctor may often help by creating a “way out” for the patient, thus sparing them any humiliation. For example, they may reassure the patient that they understand that not having an explanation for medical symptoms is stressful. They may also suggest that this stress could well be responsible for some of their physical complaints. In this way, the patient doesn’t have to admit to faking symptoms or offer any information. As a matter of fact, treatment often focuses on managing the condition, rather than trying to cure it. It generally includes:

When to see a doctor

People with factitious disorder are fully aware of the risk of injury. They also realize that death can be the result of self-harm. Furthermore, they fully understand the risk of the treatment they seek, even though they can’t control their behaviors. Nevertheless, they’re unlikely to seek help and usually refuse psychiatric help. In fact, even when they’re confronted with objective proof that their illness doesn’t really exist, they continue to persist in their claims.

Do you think a loved one is exaggerating or faking their health problems? If so, it might help to attempt a gentle conversation with them about your concerns. However, you should try to avoid getting angry or judging them in any way. Instead, reinforce and encourage more healthy, productive activities rather than focusing on their dysfunctional beliefs and behaviors. Offer support and care. If possible, help them find treatment.

Finally, if a person you love causes self-inflicted injury or attempts suicide, call an emergency number and seek medical help. If you can safely do so, take the patient to an emergency room immediately.

In most cases, factitious disorder is a chronic or long-term condition that’s very difficult to treat. Furthermore, due to their low self-awareness, many people with the disorder won’t seek or follow treatment. 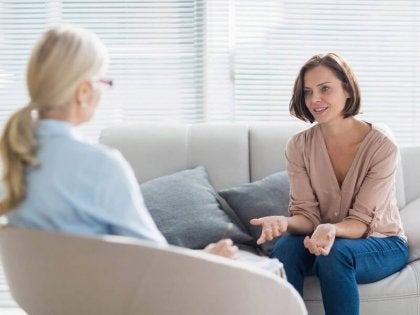 The SIMS Screening Test: Are These Symptoms Real?
How can health professionals discover if a patient is faking their symptoms? One tool at their disposal is the SIMS screening test. Read more »

The post Factitious Disorder: Symptoms and Treatment appeared first on Exploring your mind.

Is it Possible to Dream About the Future?