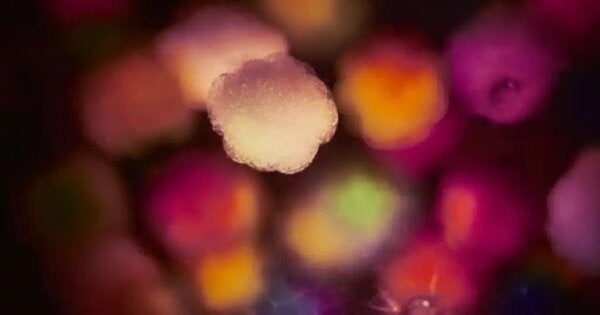 Carl Sagan, in his famous TV show Cosmos, said that we’re all made of stellar matter. He wasn’t wrong. However, we now know even more. In fact, the stars themselves are made from the basic elements of the universe. One of these components is ethanolamine. It’s an essential molecule for the appearance of human life.

The knowledge that the substances that made our existence possible are in the abyss of deep space isn’t new. Indeed, we’ve known for years that almost 97 percent of the mass of the human body is made up of matter from beyond the confines of our small blue planet.

Carbon, oxygen, hydrogen, nitrogen, phosphorous, sulphide…. as the controversial mystic and alchemist, Aleister Crowley once pointed out, there’s a star in each and every one of us. In reality, inside each of us are the same materials from which the universe is made.

Furthermore, thanks to a recent discovery, we’re now more certain of this fact than ever.

“Every one of us is, in the cosmic perspective, precious. If a human disagrees with you, let him live. In a hundred billion galaxies, you will not find another one.”

The importance of ethanolamine

Ethanolamine is an organic chemical compound. It’s of extreme importance to life on Earth. In fact, this molecule integrates four of the six chemical elements key for the survival of every living thing. These are oxygen, carbon, hydrogen, and nitrogen. Furthermore, ethanolamine forms the molecules known as phospholipids. They form a key part of every cell membrane.

This final fact is of the utmost importance, as these cell membranes protect all the genetic material and internal machinery of the cell.

Ethanolamine is the prebiotic molecule that, according to scientists, would’ve been essential to produce phospholipids. Consequently, it originated the first forms of life on our planet.

The theory of panspermia

You might’ve heard of panspermia. It’s a hypothesis that suggests that life existed in outer space and was transferred to Earth. Hence, we’re all the result of molecules that travelled to earth on various meteorites.

This idea has been reinforced by a recent discovery. A study published in the journal PNAS mentions decisive findings made by an international scientific team led by Victor M. Rivilla of the Center of Astrobiology CAB CSIC-INTA (Spain). They found that astronomers have discovered ethanolamine clouds in deep space.

Scientists have observed ethanolamine spectra through powerful telescopes. As a matter of fact, 1000,000 light-years away, is an area of deep space. It’s inhabited by a cold molecular cloud that astronomers have named G+0.693-0.027. It’s in this place that they’ve discovered this decisive and significant molecule.

The compound, synthesized in this faraway freezing landscape, arrived on earth by means of a meteorite. Furthermore, according to the authors of this study, nearly a billion litres of ethanolamine reached the Earth. They claim the amount was similar to the amount of water in Lake Victoria.

Additionally, astronomers have detected other substances of astrobiological origin. For instance, hydroxylamine and theophoric acid.

Does life originate on Earth or from far away?

Many scientists elect panspermia as their chosen theory for the understanding of the Earth’s origins. However, most experts insist that it’s due to the inorganic matter of the Earth when, more than 4500 million years ago, water vapor began to condense.

Nevertheless, we shouldn’t rule out the theory of panspermia. Furthermore, several meteorites have been found in Australia and Antarctica in which various molecules were integrated.

There are more important issues to be considered beyond the origin of life. As Stephen Hawking once said, “We’re just an advanced breed of monkeys on a minor planet of a very average star”. However, we do have a great deal of power. We also have curious minds that ask questions and seek answers.

For this reason, we should at least ensure that our “intelligent” form of life makes real sense. Indeed, we should make sure that our knowledge serves us to become a species that respect both each other and our beautiful planet. After all, we’re only temporary tenants. 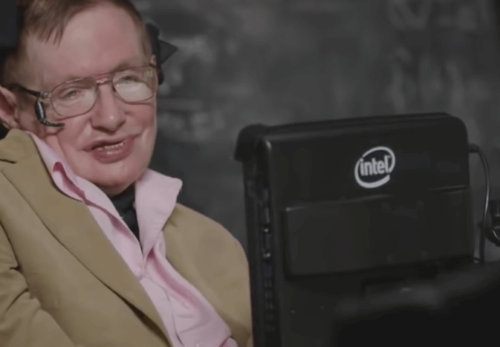 The post Ethanolamine, the Key to the Origin of Life appeared first on Exploring your mind.

Who Am I? A Difficult Question to Answer