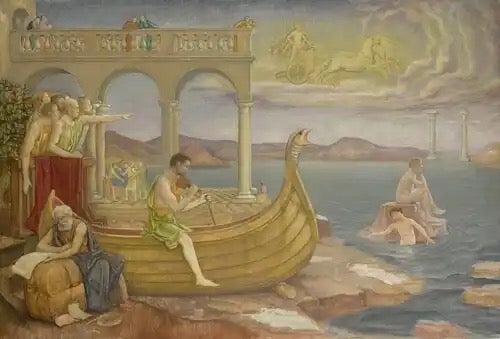 Jason and the Argonauts is one of the most fascinating ancient Greek myths. It’s about a hero, with particularly human traits, named Jason. In the company of other heroes, the Argonauts, he set off on a fabulous and dangerous journey. His goal was to reach a place named Colchis and rescue a treasure, the Golden Fleece.

There are many interpretations of the myth of Jason and the Argonauts. It’s sometimes considered a story about initiation. In other interpretations, Jason is considered a representation of the archetypal traveler. However, one of the most interesting explanations is the one that associates the story with female influence on the life of a man.

Female intervention is decisive in the myth of Jason and the Argonauts. In fact, it’s women who make him into a hero. However, a woman ultimately destroys him.

Although it’s quite a long story, here’s the main outline.

“The journey of a thousand miles begins with a single step.”

Jason, the making of a hero

Jason’s father was the rightful heir to the kingdom. However, when the time came, his half-brother, Pelias, illegitimately assumed power. Jason’s mother feared for her unborn son. For this reason, when he’d just been born, she claimed he was stillborn and arranged a fake funeral.

Later, she entrusted the care of her son to Chiron, a centaur. In fact, Chiron had already educated several heroes. Meanwhile, Pelias consulted the oracle. She warned him to be wary of a man missing a sandal who would threaten his power.

20 years later, Jason was ready to return to his country and claim the throne that, by inheritance, belonged to him. On the way, he came across a mighty river and an old woman who couldn’t cross. He helped her cross, but he lost a sandal in the process. The old woman was actually the goddess Hera in disguise. Thanks to that gesture, she decided to protect him from then on.

Jason and the Argonauts

When Jason appeared before Pelias, who was already aware of his return, he wore only one sandal. The king noticed this and realized he had to get rid of Jason. Therefore, he told Jason he would give him the kingdom if he went to Colchis and returned with the Golden Fleece. This was the fleece of a winged ram. It was guarded by two bulls and a dragon that never slept.

Jason accepted the mission, even though he knew it’d be complicated, if not impossible. He asked Argos, a shipbuilder, to help him make a boat. On the bow, he put a piece of wood that came from the gardens of Zeus, king of the gods. In honor of the shipbuilder, he named the boat Argo. Jason asked for a group of men to accompany him. He was given 50 of the most distinguished heroes. They became known as the Argonauts.

Jason and the Argonauts set out on their journey. They had many adventures with mermaids, giants, and harpies, as well as many ups and downs. However, Hera always helped him. When he reached Colchis, Hera miraculously intervened again. She asked Eros to throw his golden arrow at the daughter of the king of Colchis. Her name was Medea. Consequently, she fell hopelessly in love with Jason.

Medea was also a sorceress with great powers. With them, she helped Jason overcome the obstacles he encountered trying to obtain the Golden Fleece. She even put the dragon to sleep so Jason could take the treasure. In exchange for this, Jason had to marry her. After they married, they fled from Colchis in the Argo.

However, when Jason returned, Pelias didn’t want to relinquish the kingdom. For this reason, Medea managed to get his daughters to kill him, promising that he’d come back to life. However, he didn’t. Jason and Medea fled to Corinth, where they lived happily for ten years and had two sons.

However, the King of Corinth offered his daughter in marriage to Jason. He accepted. In revenge, Medea sent a cursed wedding dress that burnt the bride to death when she put it on. Everyone blamed Medea. She was afraid for her two sons, fearing they’d be murdered or enslaved, so she chose to kill them herself. Then, she fled.

Jason became desolate. He spent the rest of his life reminiscing over the great journey that made him a hero. He died a sad and lonely old man. As you now know, he was first made a hero by his mother, then the goddess Hera, and finally his wife. However, he was ultimately reduced to a desperate and wretched man by that same wife. At the end of the day, it seems that he was merely an instrument for the objectives of the women in his life. 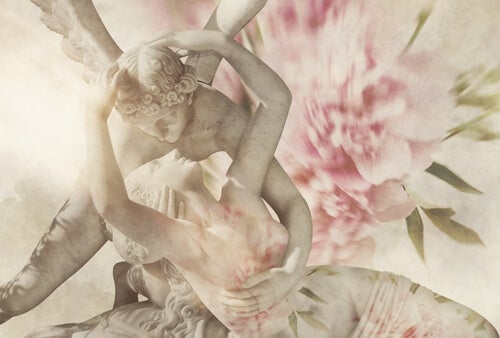 The post The Fascinating Myth of Jason and the Argonauts appeared first on Exploring your mind.

Tips for Living with Roomies