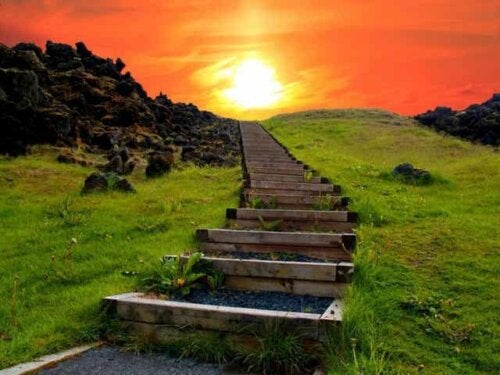 Persistent people don’t give up, regardless of the circumstance, problem, or challenge they may encounter. In a way, this psychological competence is what translates talent into success. The perseverance to achieve something makes the brain more resistant to anxiety or depression.

Mark Twain once said that a person with new ideas sounds like a joke until their persistence proves them right. Somehow, that mental and motivational focus is the spark that ignites dreams and fuels projects. Thus, not giving up should be the daily motivation in a world so full of obstacles, where it’s difficult to keep personal goals afloat.

However, there’s another interesting element beyond the motivational factor and capacity for achievement. In fact, neuroscientists have been trying to understand what differentiates persistent people from those who give up for years. There are educational and social explanations and, of course, different personalities. However, and here this is the most interesting element, recent studies reveal that there’s a biological explanation.

“Don’t fear failure but rather fear not trying.”

What makes persistent people so special?

Many of the people you admire today (be it a famous person or someone you actually know) are evocative examples of patience and perseverance. Although you may not realize it, many of them have dealt with adversity in every form with great fortitude, humility, and even radiant positivity. It’s precisely why they’re inspiring.

Likewise, there are those who successfully completed projects in which nobody believed at first. That inner strength to trust oneself, to not give up when there are only barbed wire fences, closed doors, and pats on the back followed by polite refusals, is worth admiring.

Furthermore, this peculiar persistence that inhabits people who don’t give up has been of interest to the field of psychology for decades. Studies that date back to the 1930s tried to establish a first definition of the traits that define this type of personality. Likewise, many approaches understand it as a subtle combination of intelligence, motivation, and creativity.

The aforementioned study, conducted by the University of Washington School of Medicine and led by Dr. Michael Bruchas, indicates that resilient people have a previously unknown neuromodulatory system. This system works on the basis of a specific neuropeptide: nociceptin and its respective receptors.

The neuropeptide mentioned above is all over the brain, as well as in those regions associated with behavior. However, researchers don’t quite understand its mode of action and activation.

Furthermore, the study revealed that these modulators also act on the dopamine and serotonin system. In fact, their effect implies, among other phenomena, that the sensation of pain, both physical and emotional, decreases.

This discovery opens up many possibilities, no doubt. The most important, according to the authors of this study, is to create new treatments for conditions like depression.

Psychological aspects of persistent people: an inherited and inspirational personality

The University of Washington School of Medicine conducted an interesting study. According to it, persistence, that remarkable element of people who don’t give up, is genetic.

In a way, the biological bases mentioned above could explain it, but there are more important elements. Sometimes, attaining higher institutional education or living close to people who are used to fighting for what they want is inspiring. These people inspire others to do the same.

It’s happened to everyone at some point or another. The fact that it’s enough to spend a certain amount of time with a special, motivating, positive, and resilient person to catch some of their light. In a way, one can also learn their exceptional resilience and willpower. You can also practice their focus to invest in your well-being and happiness.

As Benjamin Franklin said, two elements bring you closer to achieving what you set out to do: energy and persistence. 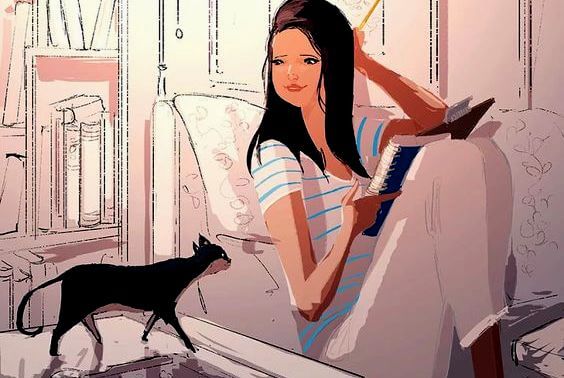 I Don’t Have Luck. I Have Perseverance, Effort, and Sacrifice
I don’t have luck or destiny. If I made it where I am and have what I have, it is because of values that need no audience: perseverance, effort, sacrifice. Read more »

The post How Are Persistent People Different? appeared first on Exploring your mind.

Guided Meditation and its Benefits